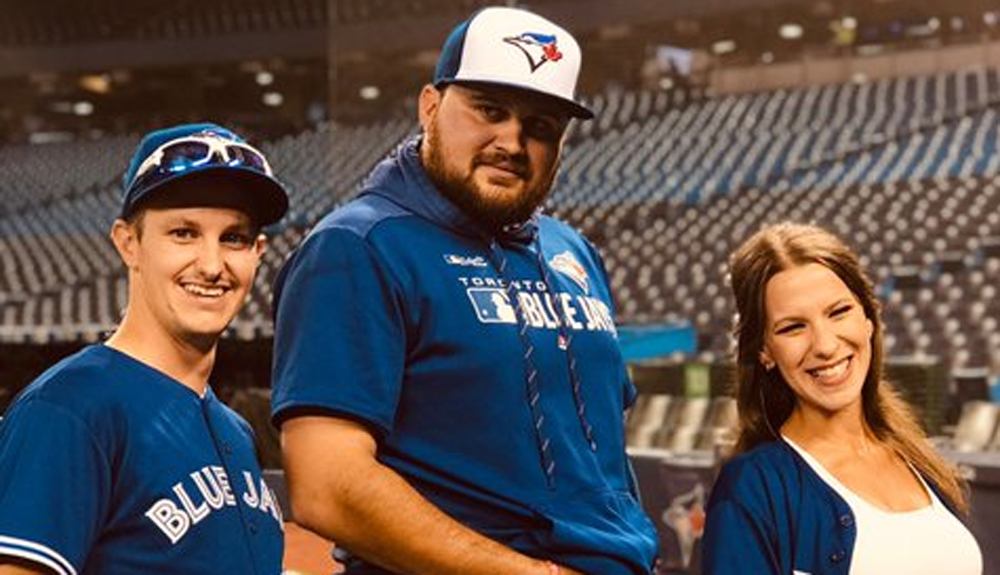 On Tuesday night, Toronto Blue Jays first baseman Rowdy Tellez hit his 18th home run of the season. His two-run shot was the game-winner and the ultimate difference maker for Blue Jays in their 4-3 victory over the Boston Red Sox.

After the final pitch, once the players left the field and the fans exited the stadium, Tellez became a difference-maker for a family of devout Blue Jays fans.

Corey and Olivia Bainbridge are the Port Hope, Ontario couple who had Tellez take part in their baseball-themed gender reveal. The Blue Jays first baseman was the guest of honour as more than a dozen family and friends huddled on the field at Rogers Centre in anticipation of the big news.

Corey — the father-to-be — delivered the pitch, Tellez connected, unleashed a cloud of pink dust and revealed the Bainbridges were expecting a baby girl.

Sorry @MLB but the best drive of the night was @RowdyTellez pic.twitter.com/pb7RTqLUwv

They got the idea from another couple who had Cleveland Indians infielder Jason Kipnis involved in an on-field gender reveal with Kipnis swinging at a powder-filled baseball.

“I saw that on the MLB Network and I thought it was awesome and what better way to do our gender reveal than have our favourite player on our favourite team do it?” Corey told Daily Hive.

Oddly enough, the man responsible for orchestrating the meet-up was Tellez’ teammate, Reese McGuire. The Bainbridges contacted McGuire through social media and within minutes the Blue Jays catcher said he would happily enlist his teammate with their special request.

McGuire served as the liaison for the reveal, and they all coordinated Tuesday, September 10 as the big day. Since there wasn’t a concrete protocol for occasions like this, the Bainbridges weren’t certain how the gender reveal would play out.

“We actually didn’t know what was going on; We just had a conversation via text with Rowdy in the morning. He set us up with a couple of seats behind home plate and we quite honestly thought we would be down the third base line standing in the stands, throwing a ball to him on the field, but he beat our expectations.”

After the Blue Jays recorded the final out, the whole Bainbridge crew piled onto the field and gathered around Tellez near home plate.

“At first, I thought Rowdy was a little far,” Corey said. “When I was about to throw it, I was kind of nervous. But I figured this guy can hit anything that’s thrown at him.”

An incredibly big thank you to Rowdy Tellez for pulling off the most amazing gender reveal we could have ever imagined! He exceeded our expectations and went out of his way to create the most amazing experience for us! It was a night we will never forget! @BlueJays #rowdytellez pic.twitter.com/cU4wS73wPX

Only a select few people knew the sex of the baby before the official reveal. Katie, Olivia’s sister, and Tellez himself. Yes, Tellez knew what the Bainbridges were having even before they knew.

He put together a baby gift for the couple which included a baby Tellez jersey and a pink Blue Jays onesie. Tellez also signed the bat he used to hit the gender reveal ball, wrote a note and handed it over to the parents-to-be. 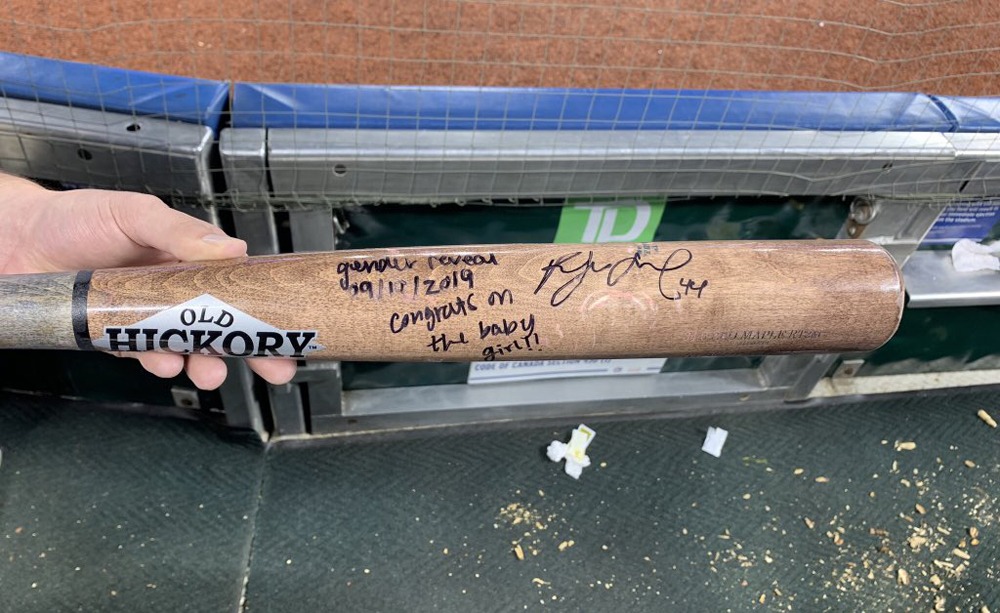 “That just shows the person that Rowdy is,” Corey said. “He’s just such a caring person. At age 24, he knows what it’s like to be a pro. He just cares about people. You can tell that was genuine.”

Over the years, the Bainbridges have become quite fond of the Blue Jays first baseman. They estimate it dates back to 2017 when they first ran into Tellez at the Blue Jays spring training facility in Dunedin, Florida. Last year, they were lucky enough to receive a bat from Tellez during a Buffalo Bisons game.

Earlier this year, the couple chatted with Tellez during a spring training game and he invited them to check out his new truck. To Corey and Olivia’s surprise, Tellez and his father took the Bainbridges out for a sushi dinner, footed the bill and even dropped them off at their door.

He seems to be seeing pink as well. pic.twitter.com/s6t5h0X6aa

The Bainbridges are considering a few Rowdy-inspired names for their upcoming bundle of joy.

“We were thinking maybe ‘Ryan’,” Olivia said. “Ryan is his real name. We thought that’s a good name for a boy and a girl. We’re not sure about ‘Rowdy’. Maybe as a middle name.”

While the baby’s name is still up for debate, one thing that’s indisputable is the impact Tellez has had on the Bainbridge family. They’ll always share a special connection to the Blue Jays first baseman. 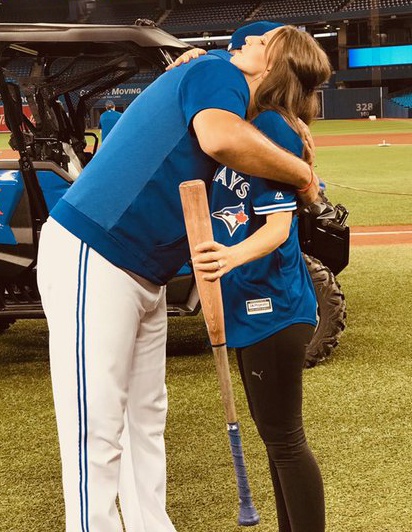 With their daughter expected to arrive in late January — just as the Blue Jays arrive for spring training camp — Corey and Olivia aren’t sure if they’ll be able to visit Tellez in Dunedin next year. But one day, they’d love for their daughter to meet the person instrumental in her gender reveal ceremony.