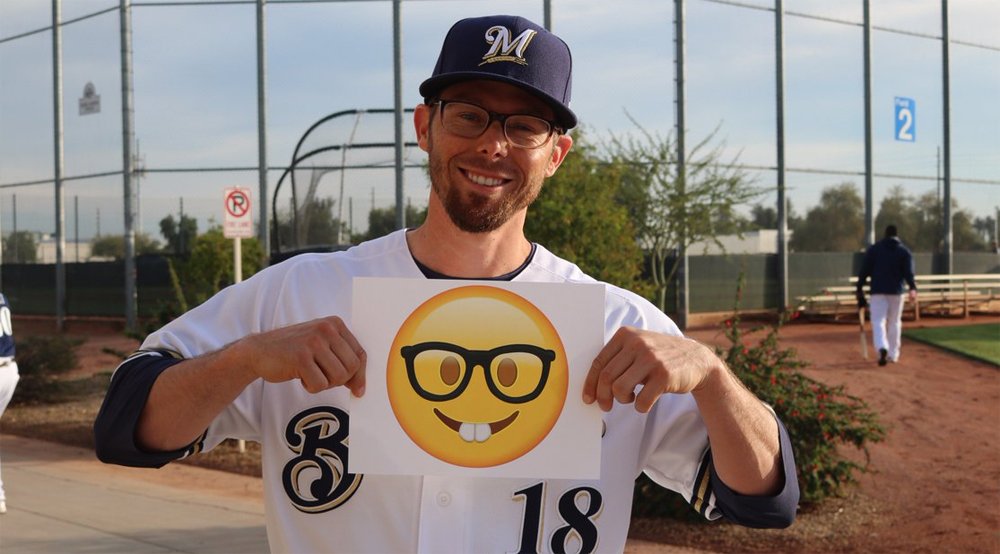 It might feel like the Blue Jays have been playing spring training games forever, but in reality, it will all come to an end in less than two weeks. On Thursday, March 28, the team takes the field for Opening Day.

The club will have some roster cuts to make in the coming days; some decisions will be fairly obvious, while others will take some careful consideration. The mainstays on the Blue Jays roster are blocked off already, but there are a few dark horse candidates who could still make the final cut.

In previous years, players like Gift Ngoepe, Arnold Leon and Joel Carreno were among the surprise names who suited up for Opening Day. These three players have an outside shot of joining that illustrious list of formerly forgotten Blue Jays.

Back in late December, Eric Sogard was signed to a minor league deal with an invitation to Blue Jays spring training camp. Many didn’t think much of the signing as the Blue Jays had ample infield depth at the majors and minors.

He’s never been a threat at the plate, but the eight-year veteran has always been revered for his defensive ability. If he makes the team, Sogard becomes another multi-positional infielder for the Blue Jays. At the very least, he’s a reliable glove.

The fact that he’s received 28 at-bats in 14 Grapefruit League games means something. Thus far, he’s started games at second and third base for the Blue Jays, as manager Charlie Montoyo utilizes Sogard as one of the many Swiss Army knives in his lineup.

Dalton Pompey made sure our 1st home run of 2019 was CRUSHED! #SpringTraining pic.twitter.com/6Iz70jPhbF

It’s been a long and winding road for Dalton Pompey. In 2014, he was a September call-up for the Blue Jays and was one of their most promising young prospects entering the 2015 season.

He was named the starting centre fielder for the 2015 Blue Jays, but what followed was a series of unfortunate events and ill-timed injuries. Four years later, Pompey has finally worked his way back into the conversation as an outfield option for the team.

The problem with Pompey is two-fold; he’s out of options and there are currently seven outfielders in spring training camp battling for three starting outfield positions and one backup outfielder spot.

With his strong spring numbers, Pompey has made his way out of the periphery of the outfield picture, but he’ll need to prove himself over the next few weeks to have any chance of playing on Opening Day in Toronto.

Of all the players on the Blue Jays’ 40-man roster, young Elvis Luciano has the largest hurdle to overcome to officially make the team. Not only is he a very fresh 19-years-old, but he’s never pitched above rookie ball in his career.

Luciano was selected in the Rule-5 Draft from the Kansas City Royals, meaning the Blue Jays have to keep him on the team the entire year if they want to keep him for good. Otherwise, Luciano goes right back to Kansas City.

The 19-year-old has an electric arm with 95 mph velocity on his fastball. The question is whether he can control that powerful arm of his. Otherwise, his stint with the Blue Jays will be a very short one.

Of all the Blue Jays’ relievers, Luciano has seen the most work (6.1 innings over six games), but he also has a dreadful 9.95 ERA in those appearances. If the Blue Jays had to whittle down their spots on merit alone, Luciano would be the first candidate off the roster.

Even though he’s had a rough spring, the Blue Jays might disregard all that and just give him a shot to see what they have with the rookie. That said, he is an incredible long shot to make the final Opening Day roster cut.