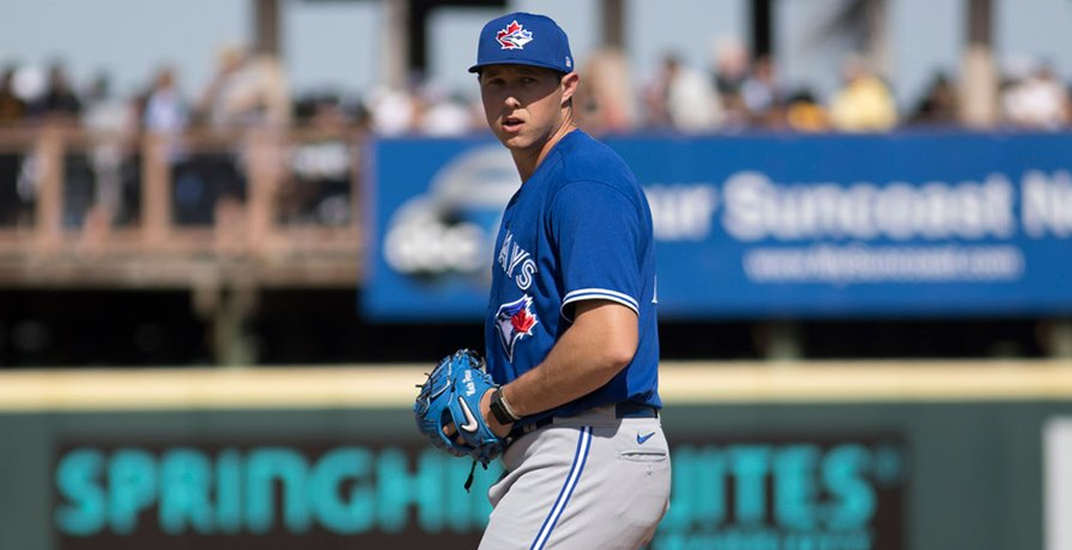 Nate Pearson isn’t just the Toronto Blue Jays’ top prospect, he’s one of the best prospects in all of baseball. On Sunday, the 23-year-old showed the baseball world why he’s one of the most highly touted young players in the game.

As the Blue Jays took on the Pittsburgh Pirates in spring training action, Pearson worked his second game of the Grapefruit League schedule. All eyes were on the towering 6-foot-6 pitcher as he dominated the Pirates lineup.

Pearson faced six batters and struck out three of them over two innings of work for the Blue Jays. He struck out Bryan Reynolds, Josh Bell and Gregory Polanco over two impressive frames.

Pearson fooled Bell with this pitch; an 89 MPH changeup at the bottom of the strike zone. It baffled the Pirates TV commentators because 89 MPH is the equivalent of some pitcher’s fastballs in the big leagues.

Another Nate Pearson video from today's outing – the Pirates announcers were baffled by Pearson's 89 MPH changeup, which might qualify as a fastball for other pitchers. pic.twitter.com/IGFYRE0dnF

In 2019, the average velocity of a major league fastball was 92.6 MPH. Pearson’s offspeed pitch is nearly as fast as most fastballs in the big leagues. That’s insane, so say the least.

Bell’s feeble swing at this high fastball from Pearson ended the at bat in emphatic fashion. The Pirates’ first baseman had no chance to catch up to this pitch, which reportedly hit 99 MPH.

Throughout Pearson’s appearance, there was some debate around the ballpark whether the stadium’s radar gun might be off, as Pearson hit 99 MPH with regularity. But then he added some extra gas to deliver some triple-digit heat to Colin Moran.

The crowd breaks out in cheers after Nate Pearson hits 100 MPH on the stadium radar gun. pic.twitter.com/EemSwBIFQz

In fact, the fans at LECOM Park in Bradenton broke out in cheers as Pearson touched 100 MPH on the radar gun with his fastball. 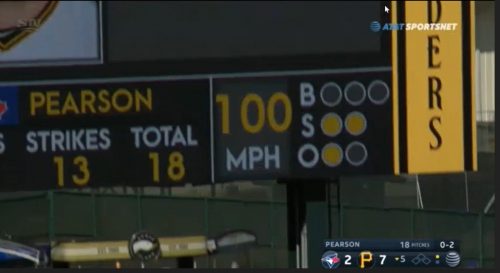 Pearson is no stranger to pumping in triple-digit gas. Back in November 2018, Pearson famously hit 104 MPH with his fastball during the Arizona Fall League All-Star Game.

It’s only been a full week of spring training games, but the 23-year-old is already turning heads around the Grapefruit League.