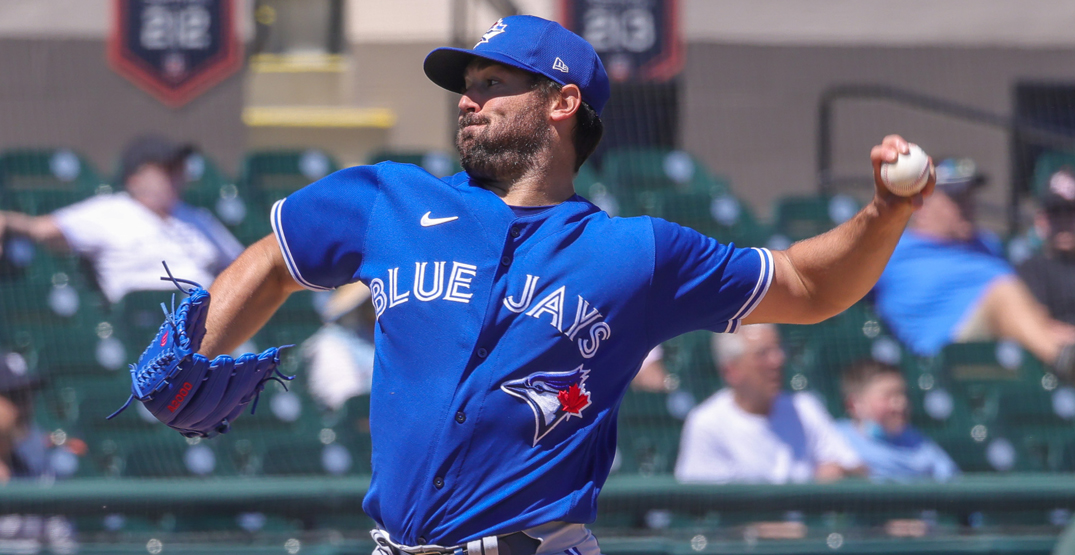 The injury bug has not been kind to the Toronto Blue Jays so far this season. Their newly minted centre fielder George Springer is sidelined with an oblique strain and a quad strain, Nate Pearson is rehabbing, Kirby Yates is done for the year, and Thomas Hatch is dealing with elbow inflammation.

But most bizarre of all is the injury involving starting pitcher Robbie Ray, who hurt himself falling down the stairs while carrying his child. Ray’s son is okay foremost, but the Blue Jays pitcher is currently on the injured list with a bruised elbow.

It’s not the weirdest way a Blue Jays player has hurt himself — but the circumstances are certainly one of the strangest. As Ray nears his return to the Blue Jays rotation, at least he has a sense of humour about the whole situation.

He posted this to his Instagram stories a few days ago, letting people know that his new house has an elevator. “No more stairs,” he captioned the video. Hey, at least an elevator is faster and more convenient than one of those stairlifts. 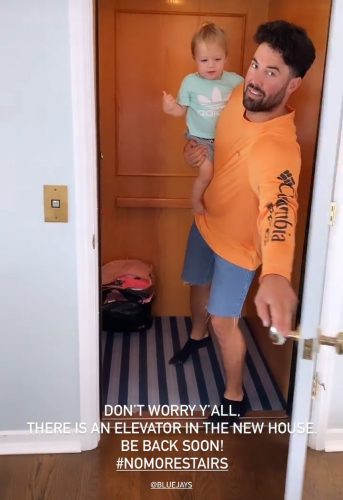 Now that everyone involved is okay, if you can’t be a little self-deprecating about a weird injury, what can you laugh about?

For whatever reason, spring training always seems to be ground zero for bizarre baseball injuries. Back in 2015, Blue Jays outfielder Kevin Pillar suffered an oblique strain in the pre-season after sneezing … yes, sneezing.

Afterwards, Pillar sported this shirt around Blue Jays spring training camp as a pseudo badge of honour for his induction into the “weird Blue Jays injuries hall of fame.”

Kevin Pillar dove recklessly and crashed into walls all season. His worst injury was a sneeze in spring training. pic.twitter.com/CkdBfhLkhk

Pillar even became the punchline of a joke on The Tonight Show with Jimmy Fallon.

Ray threw a side session for the Blue Jays this week and manager Charlie Montoyo said Ray could return to the starting rotation as early as next week. Barring any encounters with those nasty stairs, of course.

Robbie Ray threw 63 pitches in a simulated game today and felt good afterwards. The hope is that Ray's next outing will come in the big leagues, but #BlueJays will have to wait and see how he feels over the next couple days. Positive step for the veteran lefty.