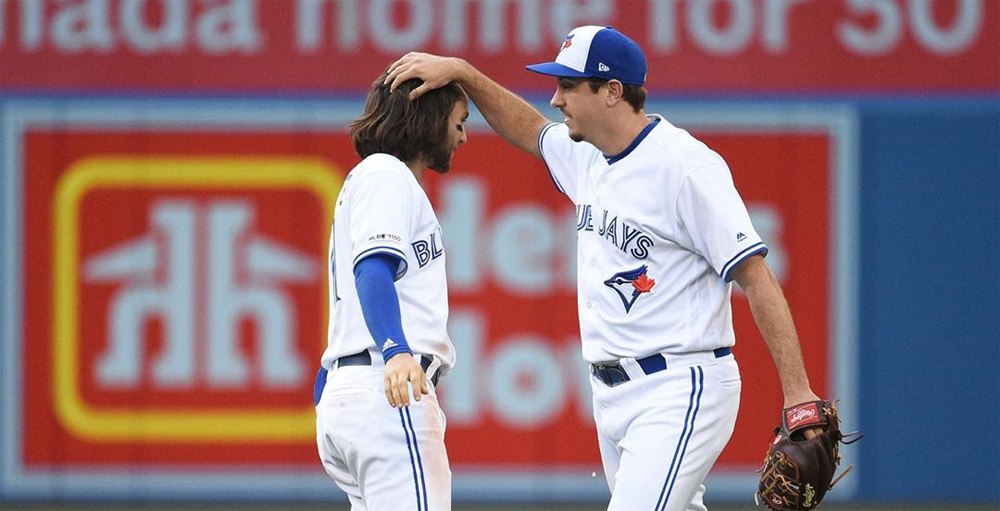 The Toronto Blue Jays have a new player who has taken the mantle from Marcus Stroman as the biggest “sneakerhead” on the team: Derek Law.

The player acquired as part of the Kevin Pillar trade earlier this year is a self-professed sneaker fanatic. He’s releasing a video series through his Instagram page chronicling his love for sneaker culture.

Check out episode one below.

EPISODE 1 This is a inside look into my inspiration and love for sneakers! Sneakerheads! 1.Let me know what your most iconic shoe is in your collection! 2.What store do I need to go sneaker shop next?

“The Jordan 13 was probably my first Jordan shoe,” Law said in the video. “I don’t know if that’s what got me into being a sneakerhead, but I just remember getting those shoes, and that white leather, super clean, it had the hologram on the back, I thought that was just the coolest thing.”

Law looked like a kid in a candy store as they shot the video inside “The Holy Grail” sneaker shop in Los Angeles.

The Blue Jays reliever mentioned the Air Jordan 11 Low Concord was his gateway shoe into the sneaker culture. That explains his long-standing affair with those shoes, because here’s Law rocking some Air Jordan 11 cleats on the mound with the Blue Jays.

For those watching the video with a keen eye, you may have noticed a cameo featuring Law’s teammate, outfielder Derek Fisher. He tried his hand at making some custom sneakers at The Holy Grail. 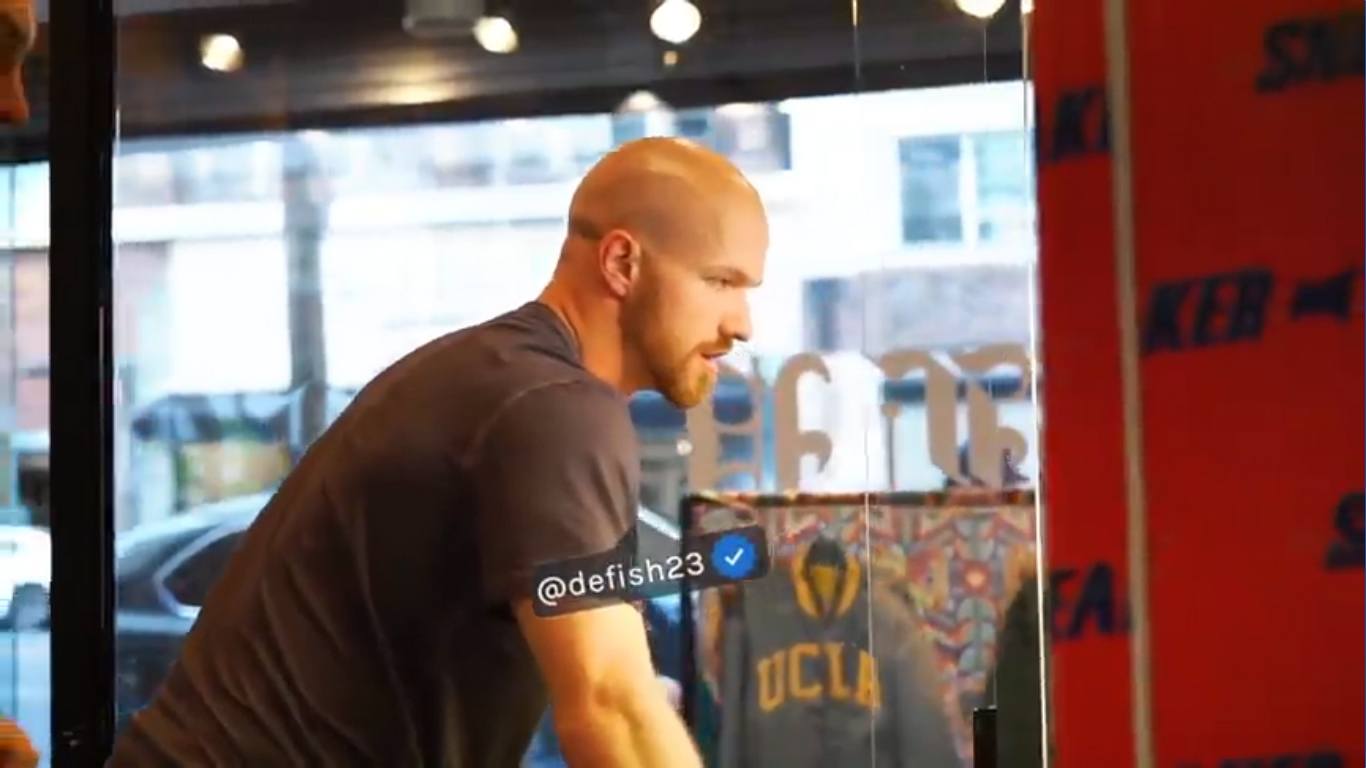 During MLB Players’ Weekend, Law wore some custom Nikes featuring a custom design from his own brother.

Ok fans your time to shine, which cleats should I wear tonight!?!? . 1. Air Jordan 1 concept cleat -Everyone knows I love shoes and to do this collab w @govrn_ was a no brainer! He nailed it! The Jordan 1 is one of my favorite shoes so to be able to wear these as a cleat is extra special! . 2. Nolan’s Cleats -Having my son Nolan 7 months ago has been life changing! I wanted to do something special to recognize that so me and my wife @chelseamarielaw came up with this plan! We let Nolan dip his hands in some paint and go to work! ( he wanted to eat the paint) . 3. Brothers art -For those of you who don’t know me personally, my brother Dustin has Autism. He loves drawing cartoons and writing stories so for players weekend I let him take his art and put them on my cleats! So Jays fans should I go with 1,2 or 3 tonight!?!? Your call! #playersweekend

As with any shoe collector, they always have a “white whale” or a must-have on their list. For Law, it’s the Reebok “Shaq Attaq;” the throwback sneaker from the 90s with the signature pump on the tongue.

In fact, Law’s father had a pair of those sneakers back in the day, but he hopes to get his hands on the Shaq Attaqs for his very own collection one day.