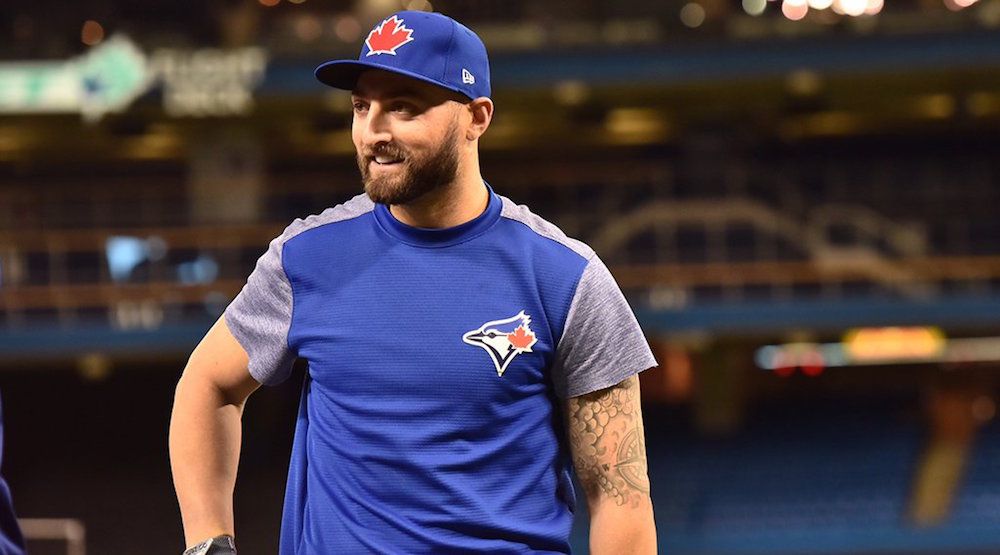 Kevin Pillar is putting his money where his mouth is.

The Blue Jays centre fielder was caught on camera uttering a homophobic slur towards Atlanta Braves pitcher Jason Motte in a game on May 17. He was suspended by his team for two games, issued a public apology, and vowed to use the incident as an opportunity to better himself.

Working with MLB and the players’ association, Pillar will donate the salary from his two-game suspension to a pair of Toronto-based LGBTQ groups, ESPN reports.

“It’s not lip service,” Pillar said. “It’s easy to come out and make your apologies and hope people forget, but I meant what I said when I said hopefully I’ll be made an example of.”

PFLAG – an organization that will conduct sensitivity training sessions for Pillar – and You Can Play, will be the beneficiaries of the donations.

#BlueJays kick off #Pride month. Ace is sporting a 🌈 cape & @KPILLAR4 takes the opening pitch from a member of the #PrideTO board #canqueer pic.twitter.com/FnLsJ1LXb1

Pillar also caught the ceremonial first pitch before Thursday’s home game against the New York Yankees. The pitch was thrown by Michelle Cherny from Pride Toronto, to recognize the beginning of Pride Month.

Pillar, eager to make amends for his embarrassing behaviour, volunteered to participate in the ceremony.

“There are still some things that are going to be done,” he said. “My actions didn’t just affect me, they affected this organization as well, and between me and the organization, we’re going to do our part.”