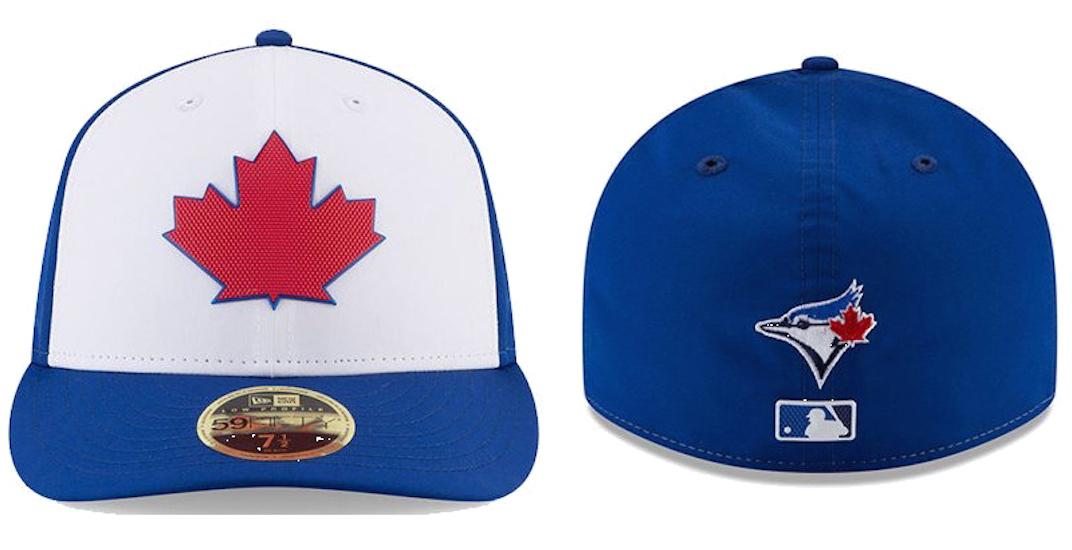 New Era revealed their brand-new crop of MLB Spring Training caps for the 2018 season and the Blue Jays’ beloved white panel cap has been modified for their forthcoming Spring Training schedule.

Some of MLB’s other teams like the Tigers and Royals have released some very sharp-looking caps for 2018. The Blue Jays’ version is much-improved compared to the navy blue number they’ve worn since Spring Training of 2016.

Any white panel cap is sure-fire winner stylistically and the introduction of this cap comes off the heels of the Blue Jays bringing back their white panel caps into their uniform rotation.

That large rubberized maple leaf logo may take some getting used to, but it’s a nice contrast to the white background. The red maple leaf has been featured as a part of the Blue Jays Spring Training uniform set since 2013.

Typically, a primary logo will be stitched or embroidered on a cap, but on these ones, the logos are like little rubber stamps. The textured effect of the primary logo is a little different than what the Blue Jays have worn during seasons past; the leaf looks like the pattern was cut from a red Spalding basketball.

🔥 Need that fresh new #BlueJays lid for your collection? Our 2018 #SpringTraining & BP caps have arrived! 🔥

MLB’s new Spring Training cap design is slightly different for 2018, but New Era claims the improvements to these caps are mostly under the hood and stand to benefit the players the most.

The caps weigh 26% less than previous versions and come with features like a “performance-comfort sweatband” and “moisture-absorbing characteristics”. Additional cup-holders and GoPro mount will be sold separately (just kidding).

Believe it or not, we’re just over three months away from spring training baseball games, as the Blue Jays play Philadelphia on February 23 in Dunedin, Florida.