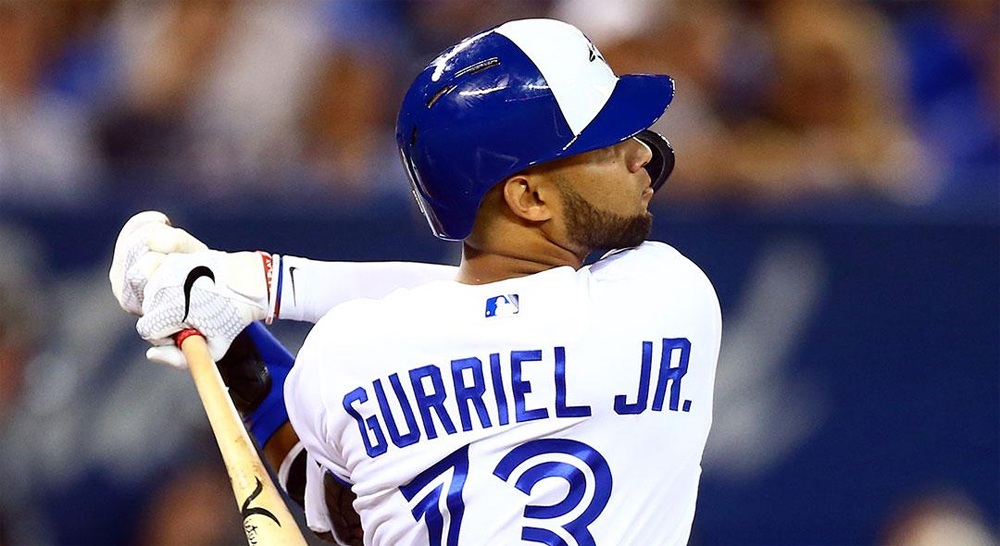 Lourdes Gurriel Jr. is front and centre at one of the best feel-good stories of the Blue Jays’ 2019 season. With the team on pace to lose 100 games this year, the Jays need all the feel-good stories they can get.

On April 14th, the Cuban native found himself demoted to triple-A. A weekend series of misplays in the field culminated with him botching a routine throw to first base. He looked completely lost at the plate and in the field.

One month later, Gurriel not only made his triumphant return, but he came back with a refined approach. Now, he’s transformed into one of the biggest power hitters in baseball.

During his stint in triple-A with the Buffalo Bisons, he worked on getting reps in the outfield, which prepared him for his transition from playing second base with the Blue Jays to left field. He also altered the way he approaches at-bats. He quietly became baseball’s most lethal hitter of breaking balls.

Believe it or not, Gurriel’s name tops the list as the number one hitter in MLB when it comes to breaking balls (predominantly sliders and curveballs). 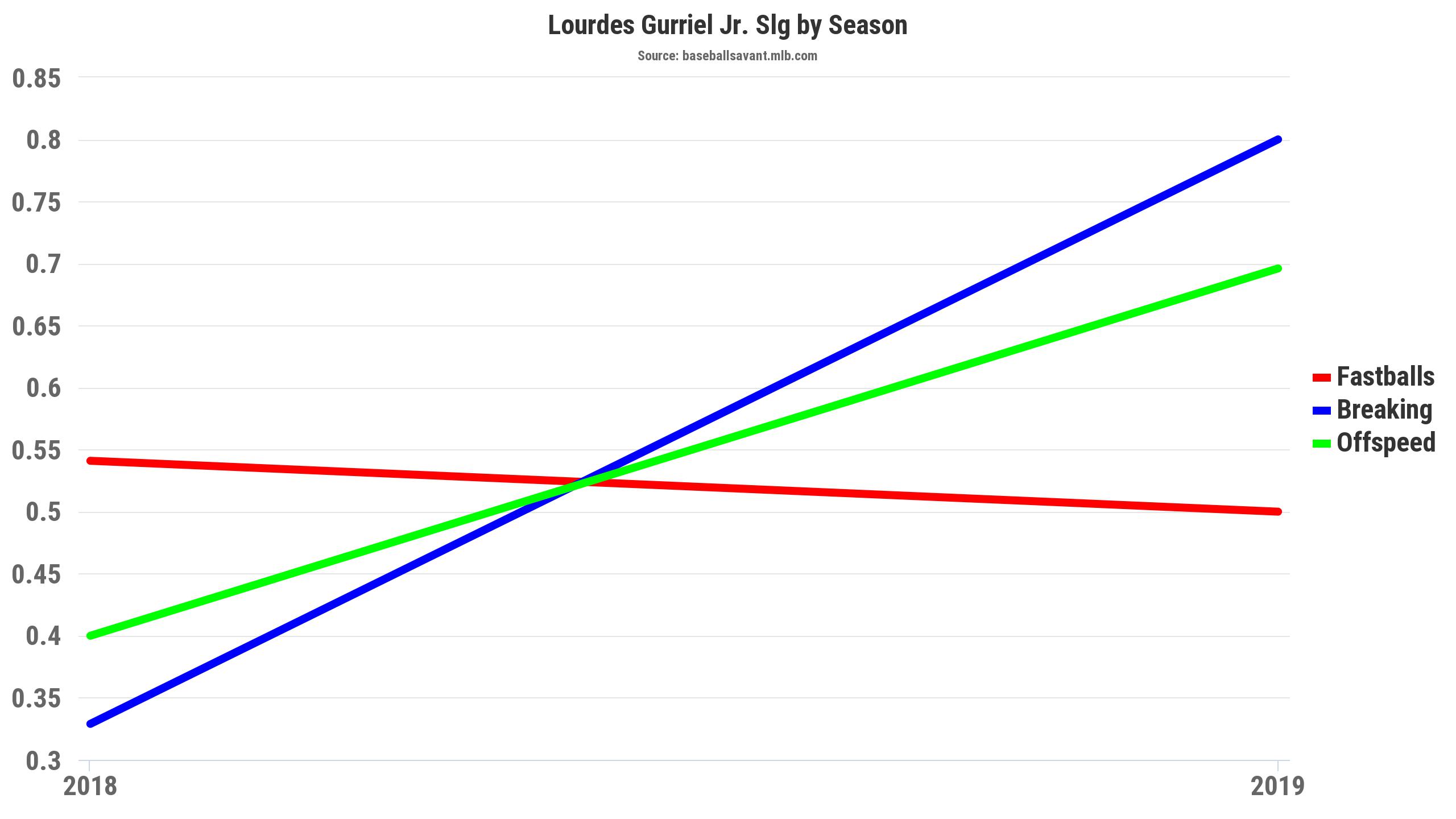 Entering play on Tuesday July 3, Gurriel led all MLB hitters with a .800 slugging percentage on breaking balls. That’s better than Mike Trout (.736), better than one of baseball’s biggest breakout players of 2019, Josh Bell (.750) and better than Charlie Blackmon (.739).

Move over to the weighted on-base average (wOBA) statistic and Gurriel tops the chart as well, beating out Trout, Bell and Blackmon once again. 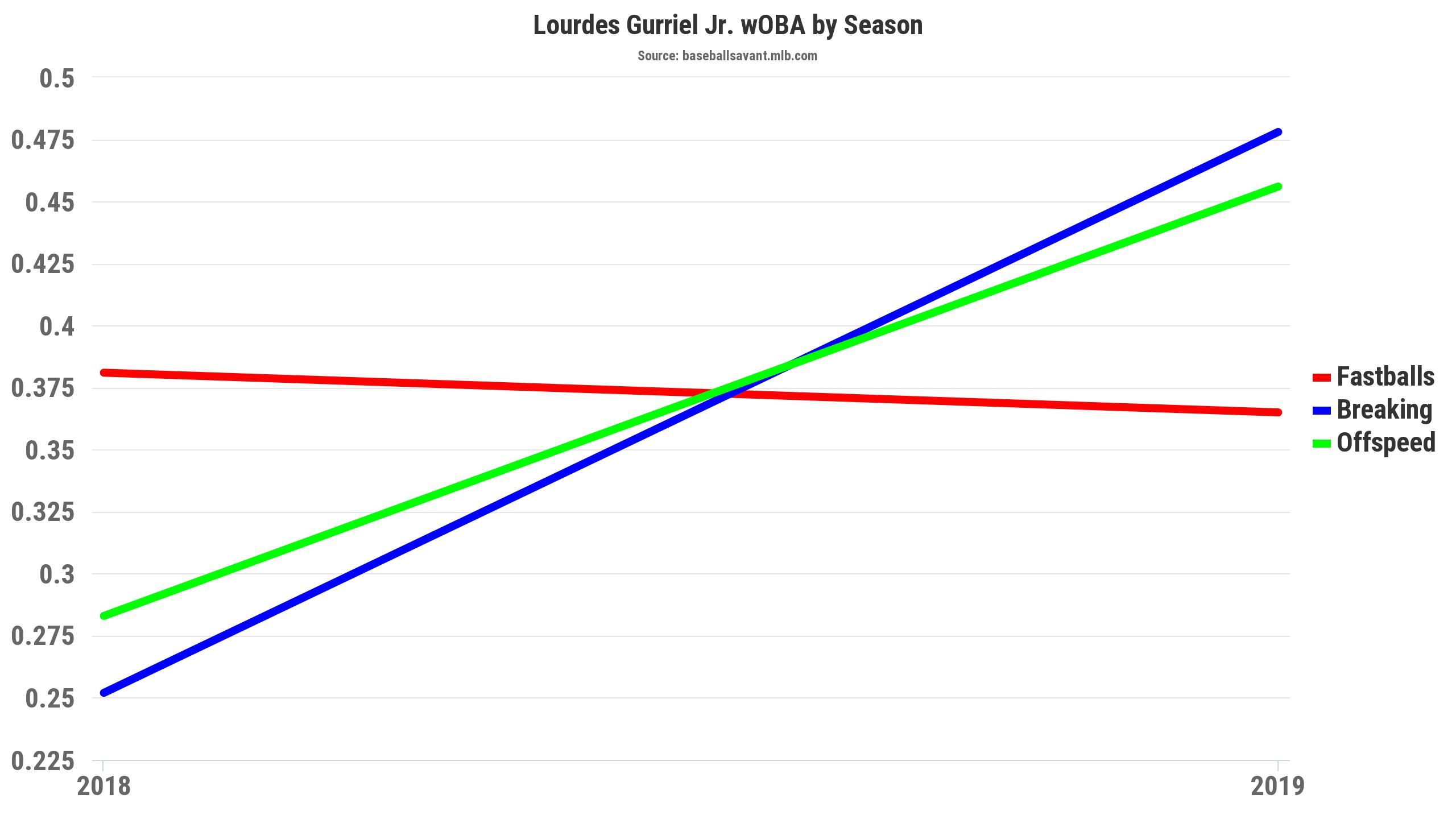 Gurriel’s numbers are incredibly impressive for a number of reasons, one being that he’s done all this during his second tour with the Blue Jays, which commenced on May 24. Through his first 13 games of the season, Gurriel slugged .275 overall, had a mere four extra-base hits and posted a wOBA of .236.

In 36 games since his return, Gurriel owns an ungodly slugging percentage of .739, has 24 extra-base hits and a weighted on-base percentage of .469. It’s a tale of two completely seasons for the Blue Jays’ newly-minted left fielder.

The fastball was Gurriel’s preferred attack pitch in 2018 as he owned a .328 batting average and .527 slugging percentage versus heaters. This year, those numbers have flipped to where Gurriel does the bulk of his damage against sliders and curveballs.

In addition to picking up a brand new position in left field and running with it, Gurriel changed his plan at the plate and now feasts on sliders and curveballs from opposing pitchers. He sits back, tracks the pitch into the heart of the strike zone, then hits the ball into oblivion.

If the 25-year-old continues this approach through the second half of the season, he might find himself atop a few additional offensive leaderboards by the end of the year.

The player who was once a defensive and offensive liability for the Blue Jays is now the club’s deadly number three hitter in the lineup and possesses Terminator-like precision at the plate against breaking balls.