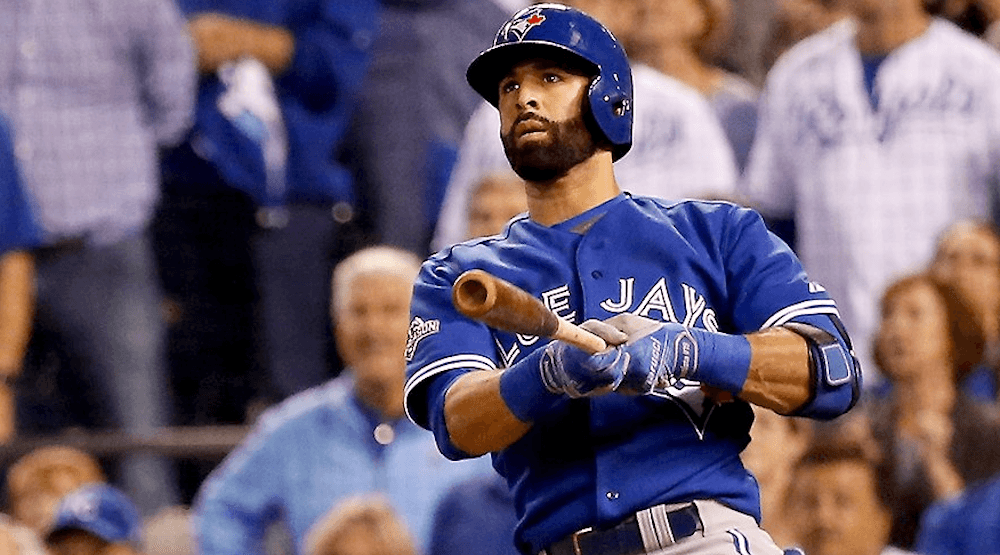 Jose Bautista is on waivers.

Source: Jose Bautista on revocable trade waivers, as is Justin Verlander (per @jerrycrasnick). Standard procedure. Both have full no-trade.

Before you throw away your Joey Bats memorabilia, know that this does not mean he’s leaving the Blue Jays. Far from it.

Monday’s trade deadline came and went in MLB, but players can still be dealt in the month of August provided they are placed on waivers. Players can be traded through the same process in September, although at that point they become ineligible for the postseason.

The Blue Jays can keep Bautista if a team claims him – hence the term ‘revocable’ waivers – or try to work out a trade. On top of this, Bautista can veto any deal because of a no-trade clause in his contract.

But to have the option of trading Bautista at some point in August, GM Ross Atkins had to place the 36-year-old veteran on revocable waivers. That’s why this is considered ‘standard procedure.’

The Blue Jays are five games back of a playoff position in the American League, with seven teams standing between them and the second wild card spot.

Bautista has not been good value for money this season, hitting .216 with 16 home runs, 45 RBIs, and a .325 on-base percentage. The 14-year big league veteran has played 10 seasons in Toronto and is earning $18 million this season. The contract also contains a mutual option worth $17 million for 2018, and a $20 million vesting option for 2019.

His numbers are in decline, but there remains the possibility that a contending team would want to take a gamble on Bautista with the hope of seeing him return to form in the postseason.