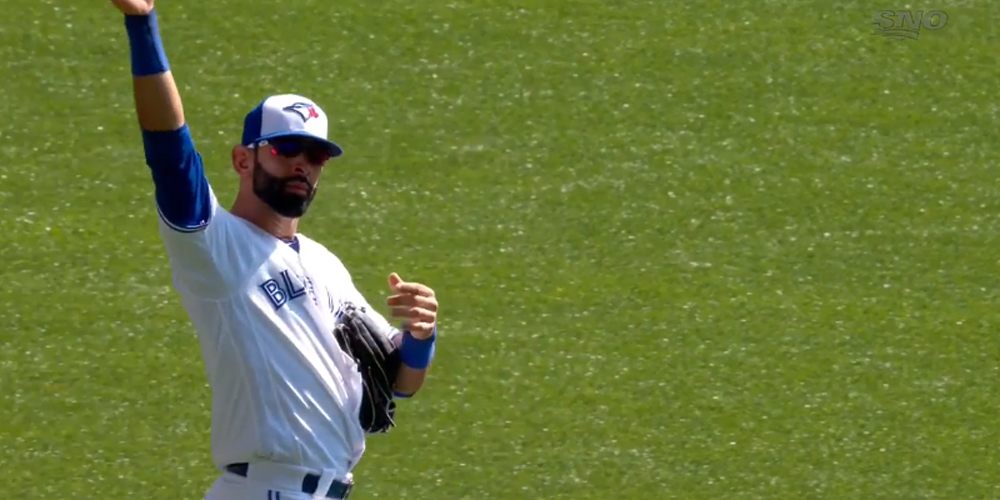 Blue Jays fans understood the gravity of the situation. This was very likely the last time they would see Jose Bautista in a Toronto Blue Jays uniform, so they came out in droves to pay tribute to the franchise icon.

All week long, chants of “Jose Jose Jose Jose” could be heard loud and clear at the Rogers Centre, but they laid it on especially thick this weekend when Bautista took his final at bats of the 2017 Blue Jays’ home schedule.

Crowds gave the superstar his due credit during every at bat of Sunday’s home schedule finale as they rose to their feet and showed their appreciation for everything Jose has done for the Blue Jays and the city of Toronto.

Fans made special signs to honour the Blue Jays right fielder and their messages were on display throughout the weekend series against the Yankees at the Rogers Centre. 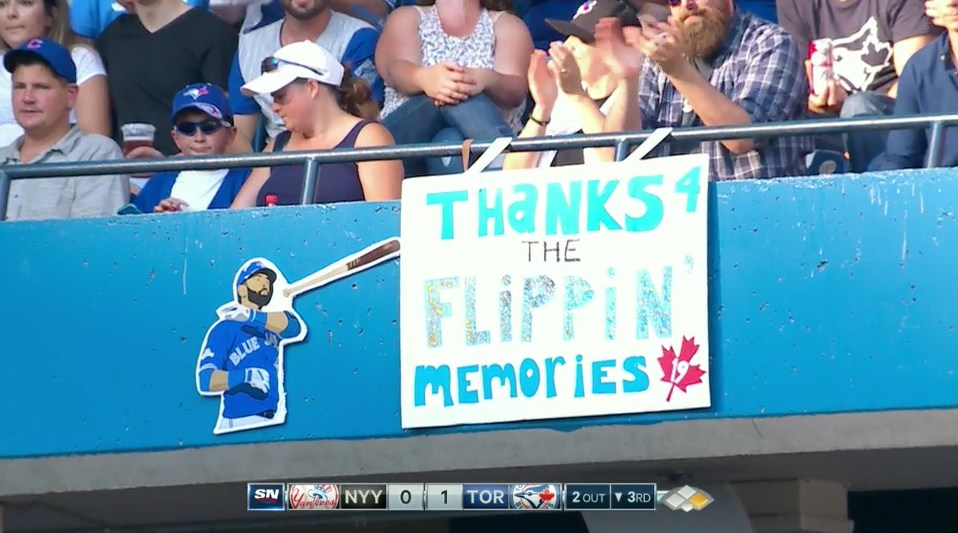 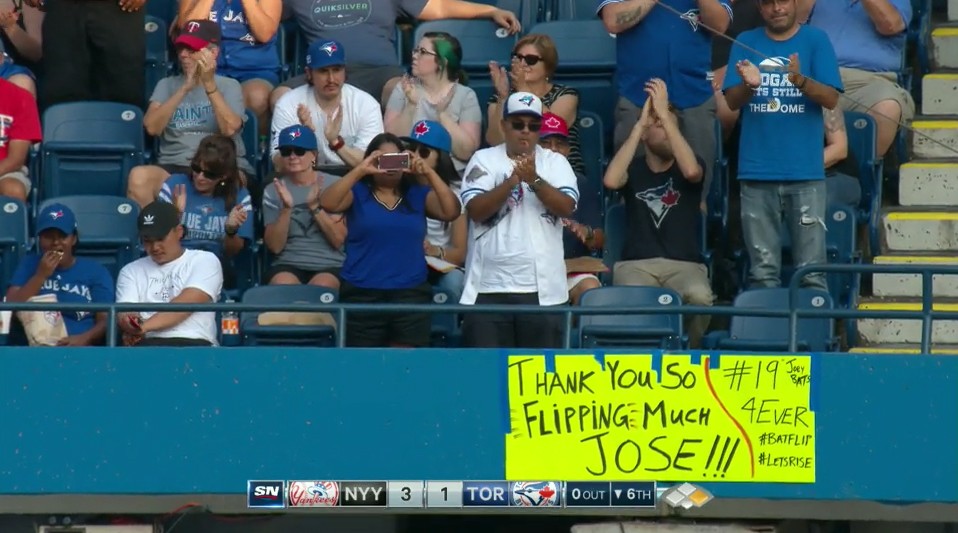 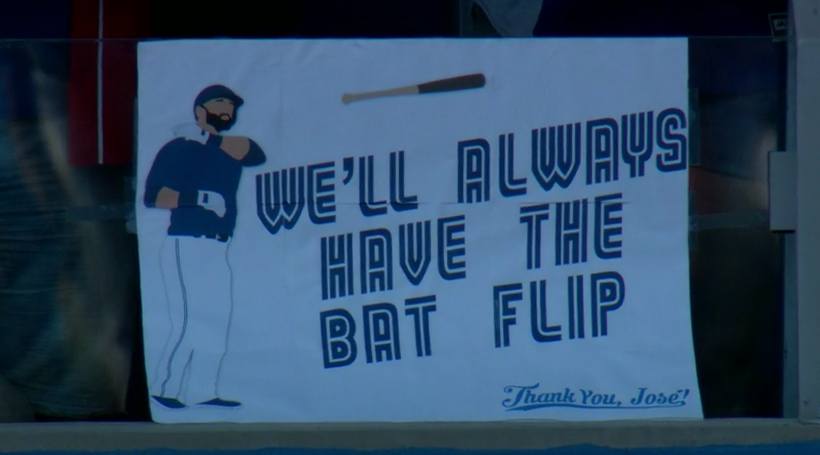 Even Marcus Stroman chose to honour his teammate and mentor by pulling out one of Bautista’s old uniforms. Stroman sported this prior to the game during the team’s warm-ups.

You're not the only one wearing one of these today. pic.twitter.com/nzSGuoaBNK

Jose Bautista runs onto the field alone. The team and the fans giving him a standing ovation. Chills. #BlueJays pic.twitter.com/lH8ICDih7o

Jose Bautista lines a single after receiving a standing ovation during first at bat. #BlueJays pic.twitter.com/EZlkj9NBpZ

The veteran did a little throwback of his own as he chose to use Usher’s “OMG” as his walk-up song during Sunday’s game; a song which Bautista had as his walk-up track during the 2010 and 2011 seasons.

During the start of the game, Bautista’s teammates remained in the dugout and allowed Number 19 to take to the field during player introductions. He soaked it all in, clapped back and acknowledged the fans as they cheered loudly for the 14-year veteran.

He’ll be remembered most for his signature moment – the bat flip – but more importantly, Bautista helped legitimize the Blue Jays and his contributions went a long way towards ending the team’s 22-year playoff drought.

Regardless of what happens next year, nothing will taint Bautista’s contributions to the Blue Jays, the city of Toronto and the entire country of Canada. Nothing will ever diminish his legacy as one of the most important Blue Jays of all-time.