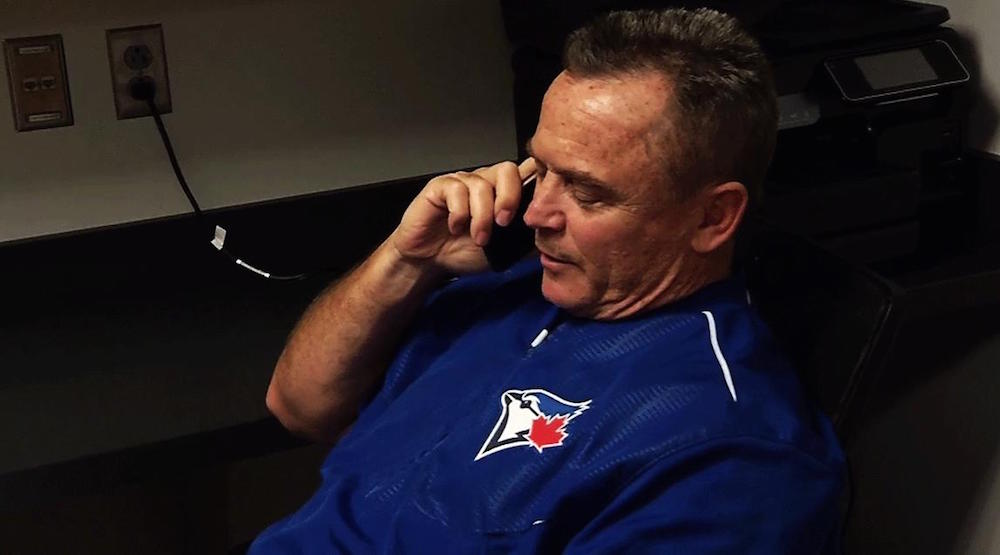 Be careful when you question John Gibbons’ managerial decisions, he might just throw it back in your face…

The Blue Jays skipper, aka “John in the Bronx,” was clearly happy with the 7-1 drubbing of the New York Yankees on Monday night, the team’s third straight win.

Gibbons gleefully called into Sportsnet 590 The FAN’s Jays Talk after the game to throw a little shade the way of host Mike Wilner.

Before the game, Wilner was critical of Gibbons’ decision to start back-up catcher Luke Maile over trusted starter, Russell Martin.

Gibbons was having none of it.

“I thought that Maile did a great job, you know I heard you before the game and what an expert you are man, I’m glad you were wrong once again,” said Gibbons, pretending to be a fan.

Wilner caught on to the prank pretty quickly, but was more than happy to play along.

That was phenomenal. Gibby has been threatening to call #Bluejays Talk for years. Very happy that he finally did. https://t.co/MxVF22mytx

After a miserable start to 2017, the Blue Jays will see if they can extend their winning streak on Tuesday in New York.