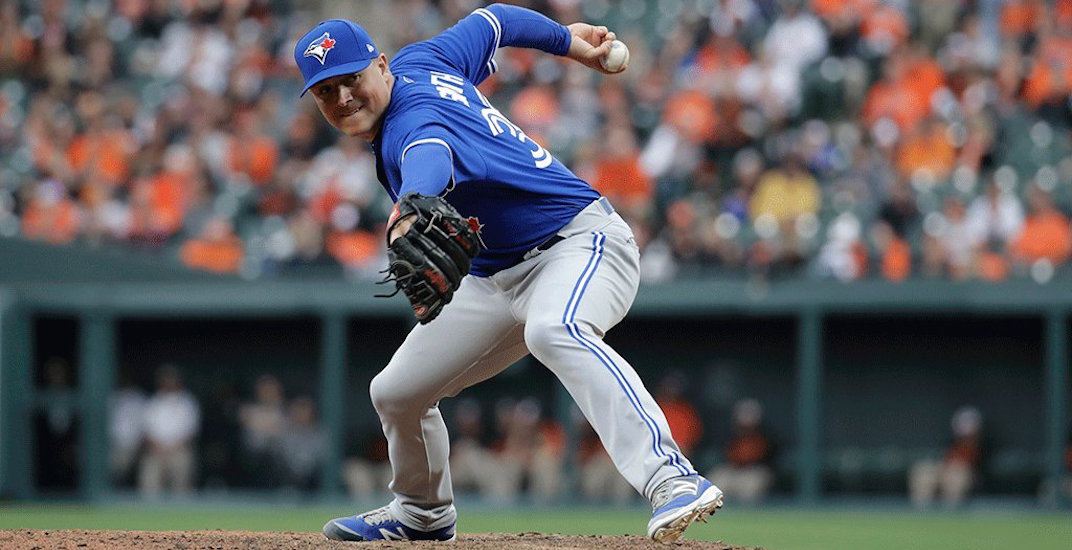 The Blue Jays have pulled the trigger on a second deal on trade deadline day, sending relief pitcher Joe Smith to the Cleveland Indians.

The Blue Jays were expected to be sellers heading into Monday. Sitting in last place in the AL East, there’s not likely to be playoff baseball in Toronto in 2017. Smith is the second pitcher traded away by GM Ross Atkins before the 1 pm PT / 4 pm ET trade deadline, as Francisco Liriano was dealt to Houston earlier in the day.

The trade is a homecoming for Smith, an Ohio native, who played five seasons for Cleveland between 2009 and 2013. The 33-year-old right-hander had a 3.28 ERA in 35.2 innings pitched in his only season with the Blue Jays.

Pannone is a 33-year-old left-handed pitcher who has spent the majority of this season with Cleveland’s double-A affiliate in Akron. He’s 6-1 in 14 starts with Akron, with a 2.62 ERA.

Taylor, 19, was a 10th-round pick by Cleveland in the 2016 MLB June Amateur Draft. He has a .300 batting average, .328 on-base percentage, and four home runs for Mahoning Valley in single-A this season.