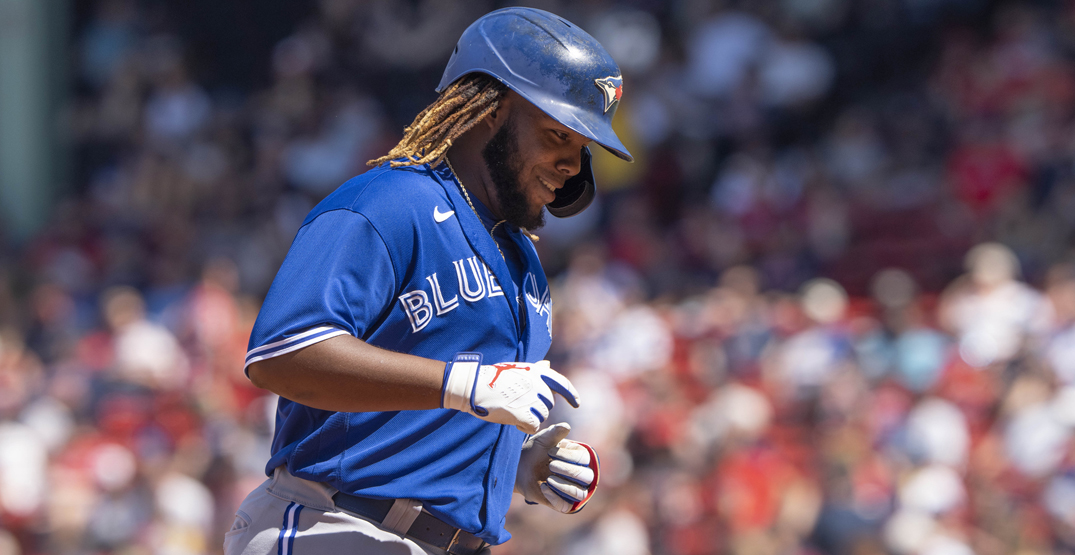 In the 109-year history of Fenway Park, no visiting team has ever hit more than seven home runs in a single game. That was until the Toronto Blue Jays strolled into the ballpark today and demolished a long-standing record at MLB’s oldest stadium.

The Blue Jays combined to hit eight home runs in the Red Sox’ backyard, which is a new visitor’s record for any team in MLB history. The previous high was seven home runs hit by both the Baltimore Orioles in 1967 and the New York Yankees in 1961.

To put that in context, 8,381 games have been played at Fenway Park since it opened in Boston in April 1912. It took 109 years for a visiting team to clear the outfield fence eight times in a regular season game.

Most home runs by a visiting team in Fenway Park history:

Vladdy also extended his MLB home run lead to 21 this season. With 21 round-trippers through the Blue Jays’ first 63 games, he’s on pace to hit 53 home runs this season.

MAKE THAT EIGHT for the Toronto Blue Jays today in a 18-4 route of the Red Sox, Here’s ALL 8 of the Home Runs today pic.twitter.com/jZCQXCwBUb

With their banner day at the plate, the Blue Jays vaulted into the MLB lead with 99 combined home runs on the season as a team.

In this game, the Blue Jays also hit the second-most home runs in a single game in franchise history, surpassed only by the club’s 10-homer game from September 14, 1987.

The 8 HR are the most EVER hit by a visiting team at Fenway Park.

Overall, it was an unpleasant weekend for Red Sox’ pitching against the Blue Jays, as Toronto outscored Boston 30-12 over the first three games of the four-game set.