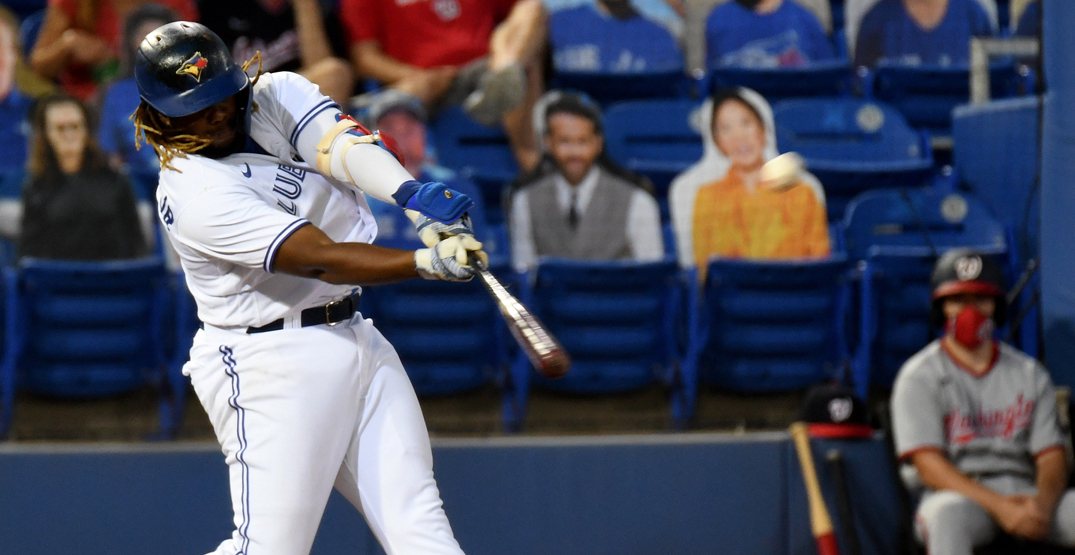 Vladimir Guerrero Jr. is off to a monster start this season, and he would not let a three-time Cy Young winner stand in the path of his destruction.

As the Toronto Blue Jays took on the Nationals at TD Ballpark in Dunedin, Vladdy demolished a pair of pitches from Washington Nationals starter Max Scherzer and sent them into orbit.

The first one was a go-ahead grand slam off Scherzer in the third inning, a 415-foot home run to left field. Just listen to the sound of this thing off the bat.

A #PLAKATA, but make it G R A N D 💥 pic.twitter.com/IZZXYWPaYC

Vladdy becomes the second Blue Jays player in franchise history to hit multiple home runs off Scherzer in a single game. The last Blue Jay to accomplish that feat was Kevin Pillar during the 2015 campaign.

The Jays won that game, and it was arguably the turning point of their season. They had a 23-30 record heading into that contest, and the Jays responded by winning 11 straight and posted a 70-39 record in their final 109 games of the 2015 season.

That’s not to say the Blue Jays are guaranteed to replicate that same success this year, but hitting a pair of homers off one of the best starting pitchers of the last decade is a pretty good omen.

But young Vlad wasn’t done yet; Guerrero Jr. went yard for a third time with this opposite field shot in the seventh inning off Nationals reliever Kyle Finnegan.

Guerrero Jr. joins a very exclusive club as one of the youngest players in MLB history with the three home run game. He’s now the seventh youngest player to go yard three times in a single game.

Youngest players in MLB history with a 3 home run game:

The way he’s been swinging the bat as of late, Vladdy is playing MLB on video game mode.