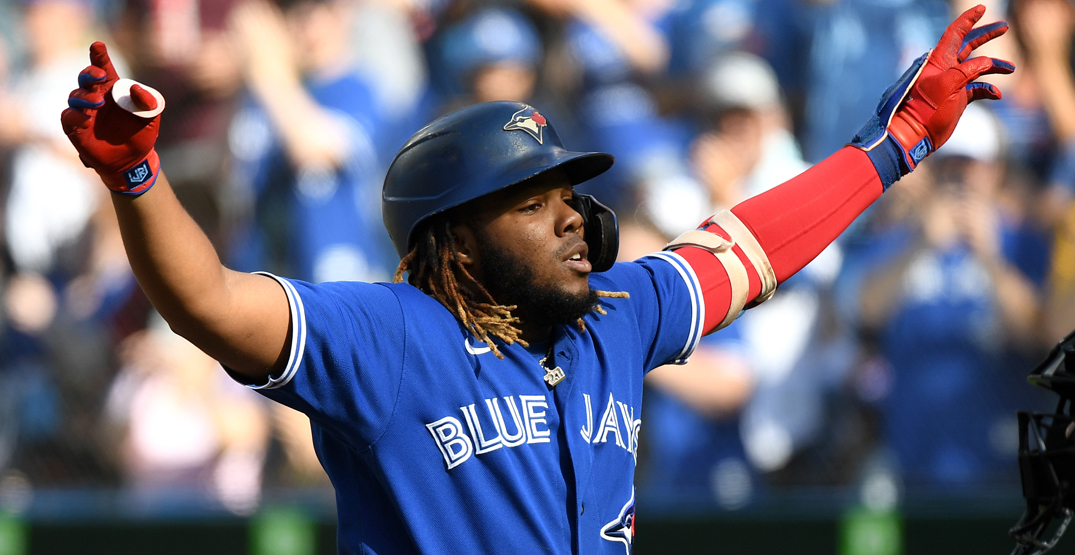 Guerrero was named the American League recipient of the Hank Aaron Award as the league’s outstanding offensive player. At 22 years old, he’s the youngest player to win the award, and only the fourth Blue Jay to receive the honour.

Vladdy tied for the most homers in baseball (48) and had highest OPS (1.002) in the American League.

He is your 2021 AL Hank Aaron Award winner! 💥 pic.twitter.com/MNMDsGZjFF

Previous Blue Jays Hank Aaron award winners include Carlos Delgado in 2000, Jose Bautista in 2010 and 2011, and Josh Donaldson in 2015. Guerrero is in illustrious Blue Jays company, as his 2021 season belongs on the Mount Rushmore of the best offensive seasons in club history.

For a while there, it looked like Vladdy might win the American League triple crown, but he finished tied for the league lead with 48 home runs, and had the highest OPS in the league at 1.002.

In just his third year in the league, Vladdy came to spring training camp as a new man, having shed 50 pounds and looked like a new player. The proof was in the work, as he put forth one of the best age-22 seasons in MLB history.

Vladdy was named a finalist for the American League MVP award, but he has some stiff competition in the form of two-way player Shohei Ohtani, and the Blue Jays slugger also faces off against his teammate, Marcus Semien.