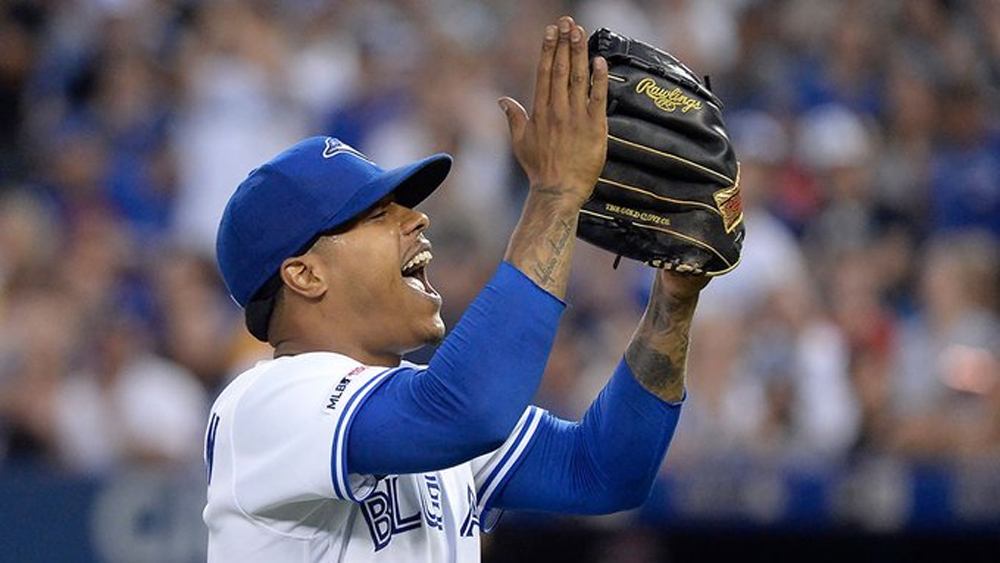 There are two kinds of “busy” on MLB trade deadline day: buying busy and selling busy. For the second consecutive year, the Toronto Blue Jays were the latter.

This uncharacteristically slow deadline finally got rolling when the Blue Jays traded Marcus Stroman to the New York Mets on Sunday. In the days and hours leading up until the 4 pm ET deadline, the Jays completed a few pieces of business before executive one last-minute stunner.

In total, Toronto dealt six veteran players in exchange for four pitching prospects and one outfield prospect, with the possibility of even more prospects down the line.

Toronto clearly feels confident about their bright, young position player core. It was time to match up the development curve on the pitching side. By making these trades, the Blue Jays inched one step closer to that goal.

Let’s grade how the Blue Jays fared in their trades leading up to the deadline:

1. Stroman to the Mets

The deal: Marcus Stroman to the New York Mets for Anthony Kay and Simeon Woods Richardson

At first glance, the Blue Jays return for their No. 1 starter seemed a little light. They received a pair of pitching prospects for Marcus Stroman – one of the best pitchers in the American League this year.

However, the Blue Jays desperately needed to build their pitching depth and in the best-case scenario, these two prospects turn into the equivalent of two Stromans down the road.

Anthony Kay is the near-term left-handed pitcher in Triple-A. If all breaks right, he could get a look in September with the Blue Jays, but more than likely, he factors into the starting pitching conversation as early as next season.

Simeon Woods Richardson is the crown jewel of this trade. The 18-year-old right-hander posted impressive numbers at Single-A in the Mets organization, boasting a 30% strikeout rate as a starting pitcher.

The upside is high on Woods Richardson, but at 18 years old, so is the risk. This is someone who could develop into a No. 2 starter for the Blue Jays within the next three or four years, or he could end up as Double-A or Triple-A pitching fodder.

2. Sanchez and Biagini to Houston

The deal: Aaron Sanchez, Joe Biagini, and Cal Stevenson to the Houston Astros for Derek Fisher

Out of all the moves made by the Blue Jays, this was the most surprising. Starting pitcher Aaron Sanchez, reliever Joe Biagini, and minor league outfielder Cal Stevenson are headed to the Houston Astros in exchange for outfielder Derek Fisher.

Much like the Stroman deal, packaging a starting pitcher and a reliever for an outfielder looks like an overpay on the Blue Jays’ part. Yet, Sanchez’ stock plummeted since his breakout campaign in 2016 and Biagini was relegated to the bullpen full-time last year.

Sanchez as a starter was on track to have the worst season of his career and was an ideal change of scenery candidate. Whether the Astros utilize him as a starter or reliever remains to be seen, but the 26-year-old always had “ace” potential.

It seems like the Blue Jays essentially re-did the Francisco Liriano for Teoscar Hernandez trade of 2017 as Toronto brings back yet another outfielder from the Astros. Fisher has played parts of three years in the big leagues, posting a .201/.282/.367 slash line in 112 career MLB games.

The deal: Eric Sogard to the Tampa Bay Ray for two players to be named later

Eric Sogard is a 33-year-old journeyman who enjoyed the best numbers of his career with the Blue Jays. He nearly matched his entire career’s home run total in 73 games with the Blue Jays and slashed .300/.363/.477 playing a variety of positions.

The Blue Jays signed Sogard to a minor league deal back in December of last year, so the fact that the club traded him for anything of consequence should be viewed as a win. The veteran infielder made the league minimum this year and brought back a pair of players to be named later from the Tampa Bay Rays.

Those players will be determined in the coming weeks, but the Blue Jays executed a similar deal with the Cleveland Indians last year when they traded Josh Donaldson for a player to be named later, who turned out to be Julian Merryweather.

The deal: Daniel Hudson to the Washington Nationals for Kyle Johnston

The Washington Nationals made three separate trades for three separate relievers on deadline day, the Blue Jays’ setup man Daniel Hudson among the moves. The 32-year-old veteran signed for a modest $1.5 million deal and the Blue Jays netted another pitching prospect in return.

Johnston hasn’t pitched above High-A this season and at 24 years old, he’s on the older side for a prospect in the low minors. However, after trading away key pieces from the rotation and bullpen, the Blue Jays need all the help they can get.

5. Phelps to the Cubs

The deal: David Phelps to the Chicago Cubs for Thomas Hatch

David Phelps might have the distinction of playing the fewest games for the Blue Jays before being traded to another team. He missed most of the first half as he recovered from Tommy John surgery, pitching in only 17 games for Toronto.

In that short stint, his numbers were decent; a 3.63 ERA and 18 walks in 17.1 innings of work. Phelps brings back a Single-A pitching prospect from the Chicago Cubs: Thomas Hatch. He ranked as the Cubs 29th best prospect in their farm system.

Unlike Hudson, Phelps came with an additional year of team control and can throw multiple innings. With this pitching staff constantly in flux, he would’ve been nice to have around in the short-term, but Hatch has potential to impact the Blue Jays’ roster as early as 2020.