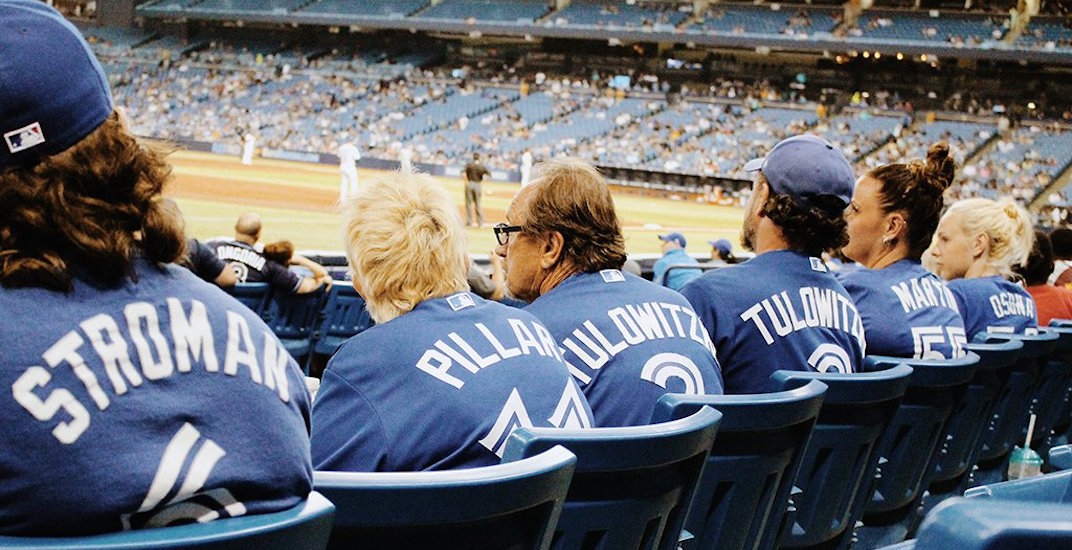 It hasn’t been easy being a Blue Jays fan this season.

After two straight postseason appearances and a whole lot of good times, the Jays’ chances of clinching a playoff spot this year are fading faster than a Nunavut sunrise in December.

Who could have predicted a team beset by injuries to key players like Devon Travis, Troy Tulowitzki, Russell Martin, Josh Donaldson…the list is too long and depressing to go on. And honestly, after all the concern last season about innings limits for Aaron Sanchez, of course it would be a blister to take him down for the entire year.

So, how to survive a crushingly disappointing baseball season? Here are some tips to help get you through.

1. Root for your favourite players on other teams

The #Edwing has landed in a Tribe uni! @encadwin just hit his first CLE homer in the second in AZ. pic.twitter.com/sBLDPjeBE2

Maybe your heart is still with former Jay Edwin Encarnancion, now donning a Cleveland uniform. The Houston Astros are a fun team in a city going through a devastating tragedy. Now’s a good time to discover a NL team that you can get behind.

Whoever the player or team – why bemoan a loser, when you can cheer for a winner.

2. Cheer against your loathed rivals

Need to rest up to do this again tomorrow! 👋 pic.twitter.com/ECac2OM4n7

Why not channel your energies into pettiness? Bitterness is fun! AL East rivals, the New York Yankees and Boston Red Sox, have quite frankly made the postseason too many times. The Texas Rangers – simply the worst.

Whatever your reasons for disliking a team, trust that they’re solid. And when the rosters expand in September, the Jays call-ups will have the chance to showcase their stuff and play spoiler to division teams. Win-win!

3. You can relax in September and October

ICYMI, watch as @ACE_00 took some time away from the diamond to relax at the beach. http://t.co/ltEkVZ6vcK pic.twitter.com/m8YyGqSwta

Sweaty palms, racing heart, rising blood pressure – these are the feelings you get when your boss messages asking for ‘a quick chat’.  Your nerves resting on every pitch, every swing, for games at a time. Really, when you think about it – it’s just not healthy.

Knowing that none of the games matter means you can sit back, relax, and enjoy a stress-free autumn. Maybe you can get back to a treasured hobby, or even talk to your family. You now have the gift of time and energy to invest into whatever you want!

Yes, the Jays have been in last place all season and haven’t been able to crack .500 – but it hasn’t been a total loss. No really – we’ve been treated to some amazing moments this season.

Justin Smoak putting together the season of his life. The Chris Coghlan ‘leap’ to home plate that defied all gravity and reason. Kevin Pillar making seemingly impossible catches in centre field. Steve Pearce smashing two walk-off grand slams in less than a week.

Ryan Goins’ baffling proficiency hitting with the bases loaded. Closer Roberto Osuna becoming the youngest player in MLB history to reach 75 saves. And we got to watch one of the greatest Jays in history, Jose Bautista for one more season.

There’s still joy to be found in the smaller victories.

You don’t have to be a diehard fan to love baseball. The beauty of the sport is that you just never know what can happen at a game. Maybe you’ll witness a no-hitter or an incredible fielding play. Home runs are always exciting. The passion, the drama – it’s what sucks us in, and a bad season doesn’t need to change that.

Anytime you watch a game, you get to see baseball being played, and that’s pretty great.

If none of the above works, well, there’s always alcohol. Right?