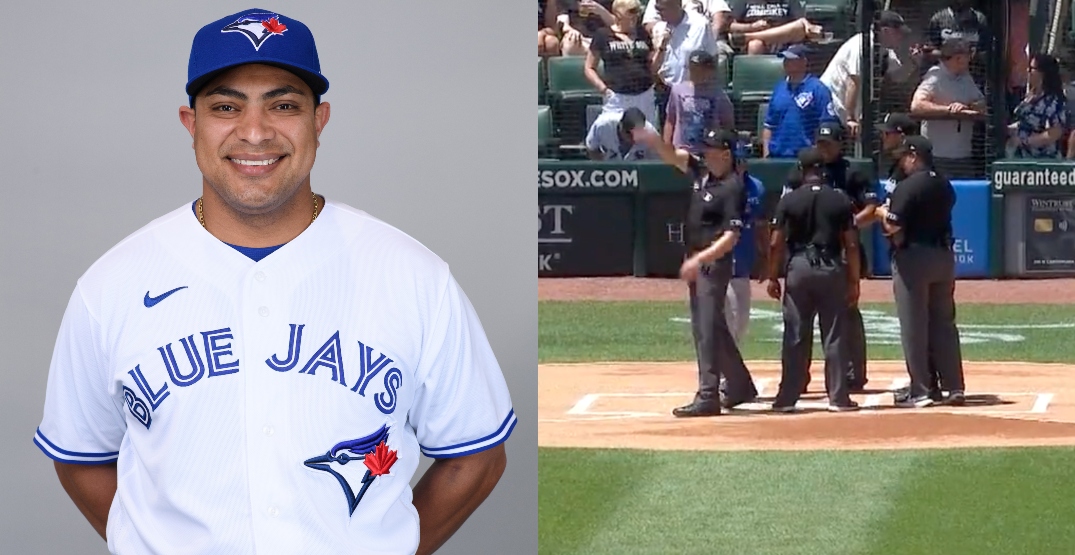 Before Wednesday’s Blue Jays’ afternoon affair with the Chicago White Sox, Martinez went to go exchange lineup cards prior to the game. Whatever he said, it likely wasn’t pretty, as he was subsequently tossed from the game.

Martinez has worked as a coach in the Blue Jays organization since 2012.

Toronto was coming off a 7-6 12th inning loss to the White Sox the night prior, where three separate Jays pitchers had blown saves in the game. The Jays held leads in each of the ninth, 10th, and 11th innings, but couldn’t hold on for the win.

While it wasn’t the only factor, questionable umpiring helped tilt the game in Chicago’s favour. The Umpire Scorecards Twitter account stating that the official’s calls swung the game by two runs in favour of the host White Sox.

“The strike zone, as everyone who watched the game knows, was all over the place,” Shulman added. “Unless that whole thing was fun and games, Guillermo Martinez is gone [from the game.”

The Jays conclude the series with the White Sox today, before travelling to Milwaukee for a three-game set.