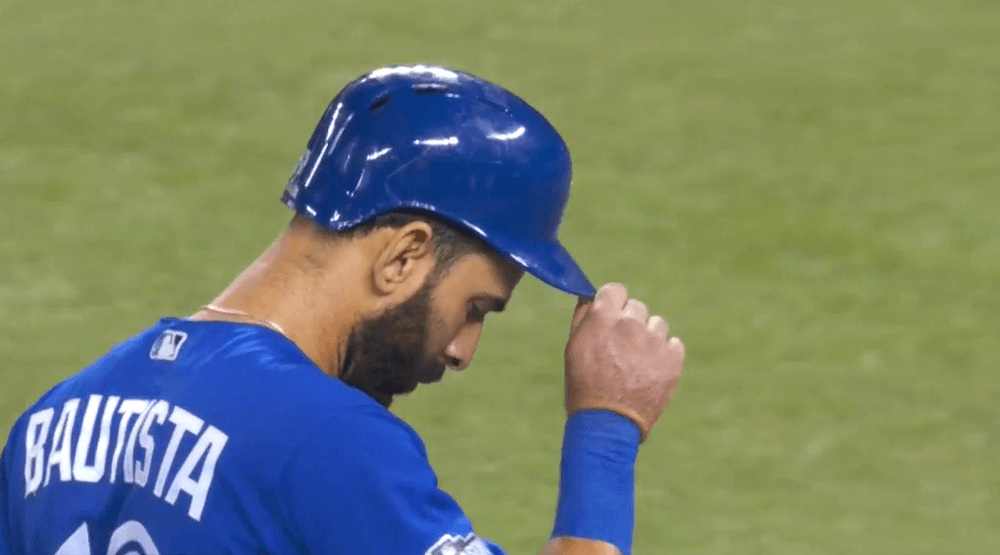 After an electric wild card game and sweeping the Texas Rangers in the American League Divisional Series, the Blue Jays seemed poised to take on Cleveland, a team missing two of its starting pitchers (with a third, Trevor Bauer, to go down to a drone-related injury) and one its best hitters.

But Cleveland has found a way all season to win, and the postseason has proven to be the same. The team only lost one game in the playoffs and should prove a hard challenge for either the Cubs or the Dodgers in the World Series.

Heading into Game 5 of the ALCS, the Jays still had their backs against the wall, but looked to have the advantage, facing an unproven pitcher and coming off the most lopsided victory of the series.

But it was not to be. Cleveland won 3-0, and will advance to the World Series.

Cleveland pitcher Ryan Merritt had only thrown in 11 major league innings before this game. But Toronto GM Ross Atkins worked with Cleveland for 15 years, so you have to imagine Gibbons and the team had a pretty significant scouting report on the rookie.

There was also a little trash-talking from Jose Bautista prior to the game where he suggested that Merritt would be ‘shaking in his boots’.

Something, something famous last words…

Cleveland strikes first and it would be the decisive blow

After retiring the first two batters in the first inning, Marco Estrada gave up a base hit to Francisco Lindor. Carrera then bobbled a Mike Napoli hit off the wall in left field, allowing Lindor to score from first. Incredibly, this would be prove to be the winning run.

Estrada pitches well, but a few mistakes are costly

Estrada looked more comfortable, going three-up, three-down in the top of the second, including two strikeouts.

But in the top of the third, Carlos Santana hit a solo shot off a high fastball to give Cleveland a 2-0 lead. A Lindor bloop single did no further damage after Napoli struck out to end the frame.

In the bottom of the fourth, Coco Crisp knocked a two-out solo homer to make the score 3-0 Cleveland – and this would be the sum total offence of the game.

Not shaking in any boots

Merritt set down Kevin Pillar, Ezequiel Carerra, and Darwin Barney in order to retire the first 9 Blue Jays players he faced. He was close to flawless, but was pulled by Cleveland manager Terry Francona before pitching the five innings needed to get the win.

The Cleveland bullpen was once again strong, and the Jays only had one batter in scoring position, in the fifth inning.

In the seventh, Edwin Encarnacion had an incredibly loud out that almost certainly would have been a home run if the roof was open (cue the MLB conspiracy theorists), but instead, the Jays were down to their last six outs.

In the bottom of the eighth, the Jays were possibly knocking at the door when Dioner Navarro got a hit off ALCS MVP Andrew Miller.

In a baffling move, Dalton Pompey was not called in to pinch run (literally the only reason he was on the ALCS roster). This call loomed even larger when Pillar hit into a fielder’s choice that Pompey almost certainly would have beaten out.

No doubt, the #firegibbons crowd will have a field day ruminating about this decision for the entirety of the offseason.

The final roll of the dice

Bottom of the ninth and the Jays were down to their final three outs, but with the lineup you want: Bautista, Josh Donaldson, and Encarnacion.

Bautista led-off with a double, causing the crowd to get as loud as it’s been all game.

Unfortunately, this double was followed in quick succession by a Donaldson strikeout, Encarnacion strikeout and the final out – a Troy Tulowitzki pop-up just behind first that ended the game, the series, and the season.

Full credit to Cleveland – the pitching was exceptional, they made the hits when they were needed, and Miller was virtually unhittable.

“This is a great team with a great core. A lot of potential and I think a great future,” Bautista told reporters after the game.

Both Saunders and Cecil found their groove in the postseason and the Jays will try to sign them both for at least the next two seasons. Benoit too could continue to be a great arm in the pen in 2017.

Dickey, who wasn’t even on the postseason roster, has very likely ended his tenure with the Jays. Hopefully, he finds a home somewhere in the National League and makes his way back to the Dome a few more times. Ideally, fellow free agent and personal catcher Josh Thole will end up there with him.

And, if this was the last time fans see Edwin and Jose in a Blue Jays uniform, they leave with two of the biggest home runs in Jays playoff history. We will see them again, but on what team is still to be determined.

“I don’t think it’s the right time to be talking about [my future],” Bautista said. “We just battled through a tough series. I don’t want to make this about myself. I don’t feel like I’m in the proper state of mind to be talking about that. It’s a possibility, but we’ll see what happens.”

So, in the end, it wasn’t the result that anybody wanted, but the 2016 Toronto Blue Jays season provided amazing moments to the millions of fans who packed the Rogers Centre game after game.