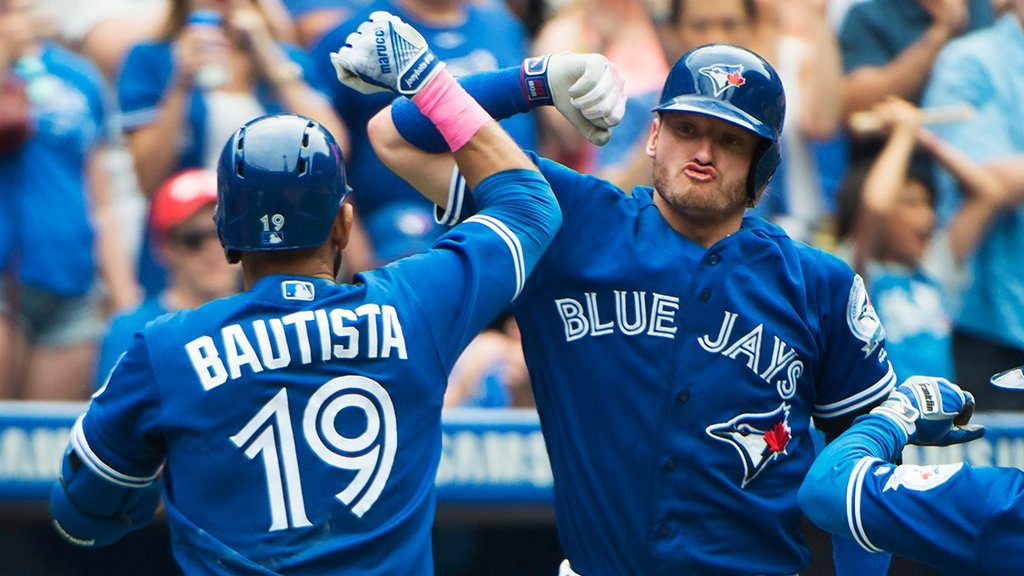 The Home Run Derby is the best part of the MLB All-Star Game festivities and the most entertaining aspect of the three-day event surrounding the Midsummer Classic. Over the years, the Blue Jays have had their fair share of players slug it out for the derby title.

No Blue Jay has won the title, but Vladimir Guerrero Jr. could become the first tonight at Progressive Field in Cleveland. Despite not technically being named an “All-Star,” he’s a write-in candidate for the Home Run Derby.

In total, 15 Toronto Blue Jays players have competed in Major League Baseball’s biggest slugfest, with a few players earning runner-up honours at the festivities. Here’s the full list of Blue Jays competitors dating back in 1986.

For the most part, Blue Jays players did very little damage from the Home Run Derby from 1986 to 2006. Joe Carter participated in three separate seasons but failed to make an impact against his competitors.

For two decades, the Blue Jays’ biggest claim to fame at the Home Run Derby was that Skydome was the birthplace of the infamous Cecil Fielder derby performance. Fielder sent two home runs sailing above Windows restaurant, with distances in excess of 450 feet each.

All that changed in 2007 thanks to a budding young Blue Jays outfielder facing off against the father of future Home Run Derby participant, Vladimir Guerrero.

It wasn’t until 2007 when an All-Star outfielder named Alex Rios put his name on the map by finishing runner-up to Vladimir Guerrero Jr. at AT&T Park in San Francisco.

Interestingly enough, Rios hit the most home runs of any single player in the 2007 Derby with 19 total, but narrowly lost in the finals by a score of 3-2 from Guerrero Sr.

Five years later, Jose Bautista picked up where Rios left off and put in a show at Kauffman Stadium in Kansas City in 2012. Joey Bats led all first round hitters with 11 home runs through the first round and was tied with Mark Trumbo by the end of the second round.

Bautista and Trumbo squared off in a swing-off sudden death round and Bautista emerged victoriously` and secured his spot in the final versus Prince Fielder. Always a bridesmaid, never a bride as Bautista also finished runner-up, losing 12-7.

The following years, Major League Baseball made drastic changes to the way the Home Run Derby was structured. Rather than giving hitters only five or ten “outs”, players had a time limit to hit as many home runs as possible.

This format played well into Josh Donaldson’s strengths as he ripped through the first round of the 2015 Home Run Derby, taking down Chicago Cubs first baseman Anthony Rizzio by a score of 9-8.

Donaldson nearly downed Todd Frazier in the second round, but Frazier advanced by a score of 10-9 and was the eventual winner of the 2015 Home Run Derby.