If you haven’t noticed, the Toronto Blue Jays are getting awfully popular in the Lower Mainland.

After the Blue Jays’ moves at the trade deadline, they are one of the favourites to land their first playoff spot since 1993. They currently hold a wild card spot, but winning the AL East Division is not entirely out of the question either with the Jays just 4.5 games back of the New York Yankees for top spot.

The Jays have been all the talk on sports radio and dominate national sports highlight shows on an daily basis.

Love the intensity/energy that Canada's Team is playing with since deadline. Dugout is hyped, you can see the confidence growing. #jays

Over the top public love for the Blue Jays from sports commentators is now apparently the new norm. Regardless, the Blue Jays are an easy choice for the casual fan with no affinity for a particular MLB team to root for given the “household name” players that were added at the trade deadline. 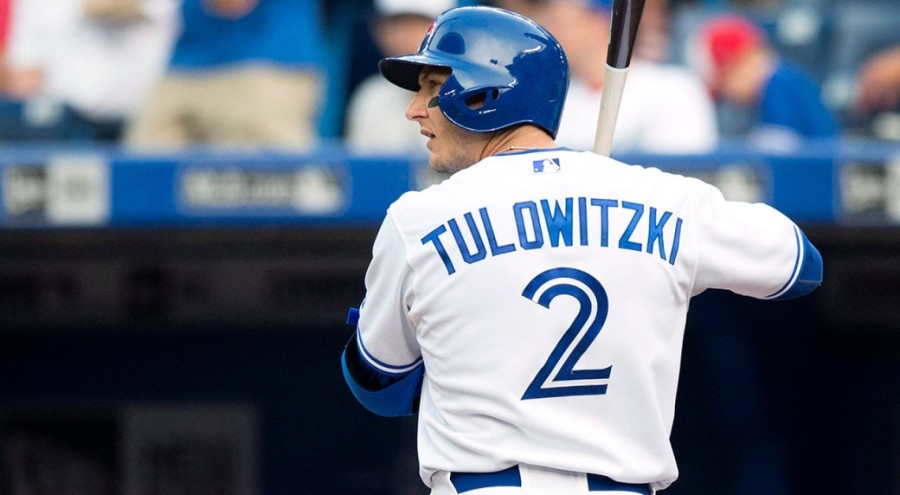 Blue Jays general manager, Alex Anthopolous, pulled off blockbuster after blockbuster at the trade deadline. He landed Troy Tulowitzki, arguably the best shortstop in baseball, and lefty pitching ace, David Price. Ben Revere, Mark Lowe, and LaTroy Hawkins were also added to the Blue Jays lineup. The addition of Tulowitzki was a bit of surprise given the Jays already had a capable shortstop in Jose Reyes and were well known to be looking for pitching help.

Anthopolous spoke about landing Tulowitizki in the midst of trying to add pitching help in a recent and excellent Grantland piece:

Everyone was so focused on the rotation and bullpen, but we felt we could still get better defensively and offensively. You can make a case that certain position players are worth more than starters, and Tulo is one of those players.

The Blue Jays are stacked offensively, but have mediocre pitching. It isn’t that the Blue Jays team pitching numbers are that bad, it is more so that they do not have a pitching staff that scares any opposing team. The addition of David Price changes that. Price is the kind of starting pitcher that can make an entire staff much better as he regularly pitches late into games. This eases the burden on a lacklustre bullpen and gives the Blue Jays confidence that Price is going to consistently provide quality starts. When a pitching staff has an ace #1 starter, the other starters also tend to raise their level of play.

Vancouver loves a winner (who doesn’t?) and the Blue Jays appear primed to make the postseason. The Blue Jays bandwagon is filling up and it will overflow with fans as the playoffs get closer.