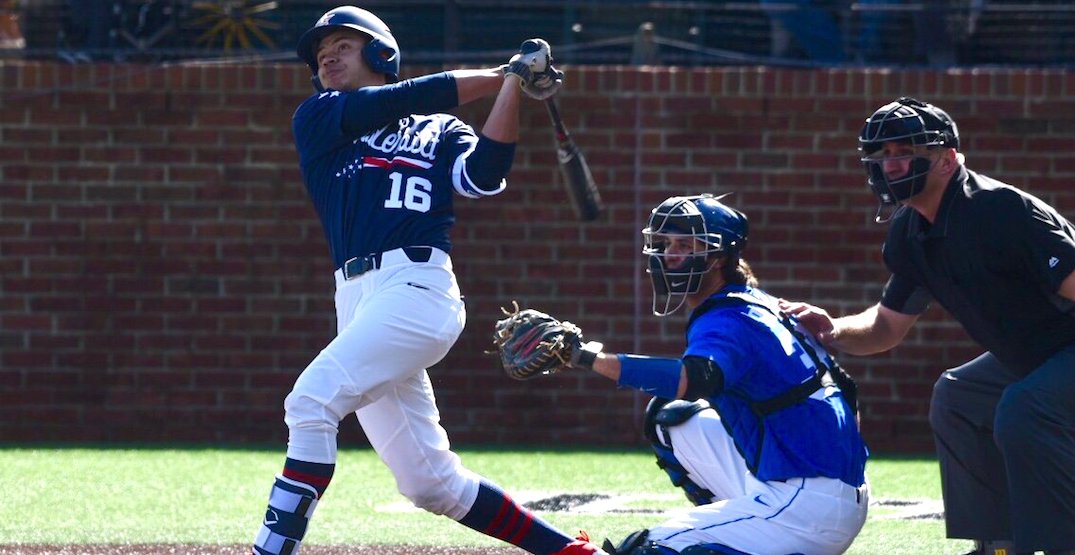 The Toronto Blue Jays have a new top prospect in the organization.

With the 5th pick in the 2020 #MLBDraft, we've selected INF/OF Austin Martin from @VandyBoys!

The Jacksonville, Florida, native led the SEC with a .392 batting average in 2019, and was ranked second among all prospects by Baseball America, so it was a surprise that he slipped to Toronto’s pick.

Martin, who has the ability to play multiple positions, is viewed as the “best pure hitter” in his draft class, and was touted as a first-overall pick in some mock drafts. Needless to say, the pick is being widely celebrated by fans and experts.

The @BlueJays are going to be an exciting team for a long, long time. They select Austin Martin of the @VandyBoys. Toronto *already* had one of the best position player cores in @MLB. Great night for baseball in Canada. 🇨🇦 @MLBNetwork

"For me the @bluejays got the best player in the draft." – Dan O'Dowd

A phenomenal student-athlete and an even better man. This is just the beginning for @Austin_Martin99. #AnchorDown pic.twitter.com/vATZaEGGYa

Martin was officially announced as a shortstop by MLB Commissioner Rob Manfred, but he opened the 2020 season at third base before moving to centre field, and scouts think he could play second base. The 21-year-old throws and bats right-handed and is listed at 6-foot-0 and 185 pounds.

Here’s the scouting report on him, courtesy of MLB.com:

Martin has tremendous feel for the barrel and makes consistent hard contact with a short, quick right-handed stroke. He’s not overly physical and may not have more than average raw power, but his hitting ability allows him to tap into every bit of it. He controls the strike zone extremely well and uses the entire field, exhibiting no weaknesses at the plate.

Martin possesses solid speed and the instincts to play faster than that on the bases. A twitchy athlete, he has the quick feet, soft hands and enough arm to handle almost any position, though there are some concerns about his throwing.