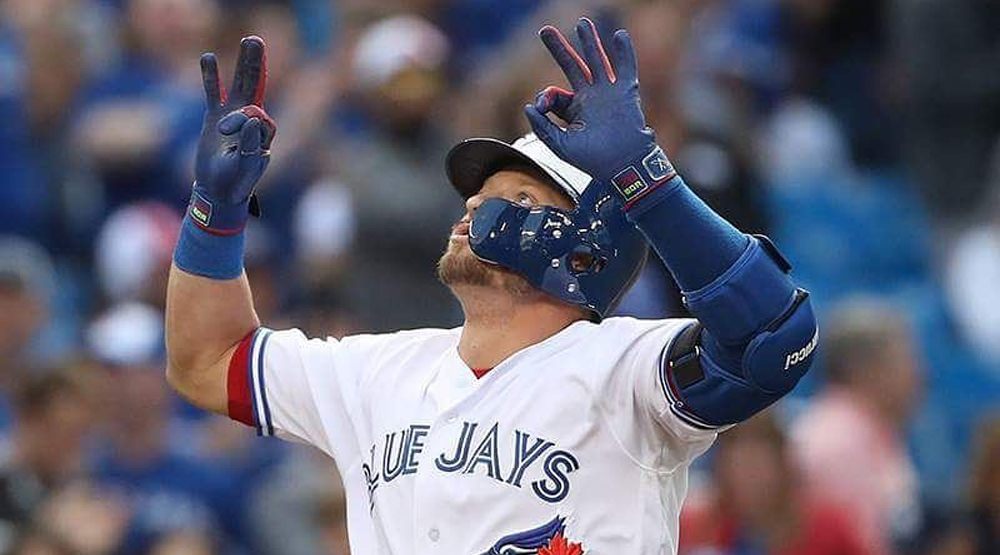 After an atrocious April and a franchise-worst start to the season, things weren’t looking good for the Toronto Blue Jays. Fans were hopping off the bandwagon and some were already waving the white flag on the 2017 season.

Then May happened and the Jays completely turned their season around.

They’ve gone from pretenders to contenders.

In the span of eight weeks, the Blue Jays went from “how much can we get for Josh Donaldson?” to “don’t you dare think about trading Donaldson”.

No longer is there talk of the ‘R’ word: rebuild. The appropriate ‘R’ word to use when describing the Blue Jays is ‘ready’.

Now that they have most of their key contributors back from injury, this Toronto Blue Jays team is finally ready to play like a contender. No longer must they worry about treading water, now the Jays can reassert themselves as a power in the American League East.

For a while there, it was kind of painful to watch. I say “painful” because they weren’t playing up to their potential, but also painful because the Jays kept losing player after player to the disabled list.

From a fan perspective, I can vouch that it’s enjoyable to sit down and watch a Blue Jays game again. There isn’t this looming sense of dread wondering whether another player will get hurt or how the team will blow the game in dramatic fashion.

Donaldson is launching tape measure shots into the fifth deck. Jose Bautista is hitting like the Joey Bats of old. Devon Travis has rediscovered his swing and was one of baseball’s hottest hitters and May. And the production out of Kevin Pillar and Justin Smoak is completely unexpected and helping push the Blue Jays over the top.

Don’t get me wrong, some of the games in April were thoroughly entertaining. The Chris Coghlan dive/Marcus Stroman pinch hit double game stands out as one of the most memorable, but there’s far more gravity to a game when you know it has some bearing on the season.

Even if the Blue Jays had gotten out to an 18-10 month of April, some fans would still be reserved because it’s only one month of a six month-long marathon to reach the postseason.

Now that the season is one-third complete and the team made significant ground in terms of their overall record, fans are feeling a little more comfortable with the team and less on-edge.

Was Toronto ever really as bad as its 8-17 record in April suggested? No. Were the Jays ever as good as their 18-10 record in May? I’m not so sure. It’s been a tale of two seasons for this ball club, but I think the real 2017 Toronto Blue Jays team is closer to their May counterpart.

The Blue Jays have nearly conquered one significant mountain – climbing back to .500 – and next will be the task of climbing over other teams within the American League East and the Wild Card standings. Considering that no teams are running away with a playoff spot, it bodes very well for their postseason aspirations.

In the meantime, it’s simply fun to watch Donaldson bring the rain, Marcus Stroman hop off the mound in excitement and to see Roberto Osuna’s post-save celebration with his catcher.

All of those things are even, but they’re even more fun when the Blue Jays win.