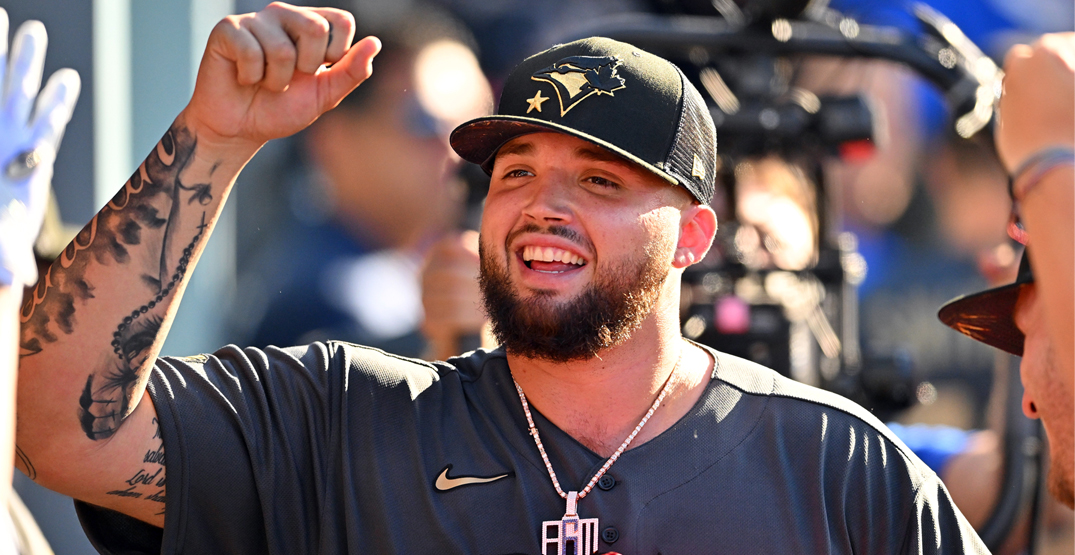 The American League won the Midsummer Classic 3-2 and took home their ninth consecutive victory, but one of the most entertaining parts about the game was the Blue Jays’ mic’d up right-hander.

With the game being an exhibition and all, several players had microphones on, one of them being Manoah during his second inning appearance. He provided several choice quotes during his one inning of work.

Alek Manoah mic'd up on the mound is awesome pic.twitter.com/4j8K67mhKy

It was television gold, as Manoah talked to himself through his process, as he had an earpiece on and communicated with the Fox broadcast team. At one point, Manoah asked for Hall of Famer John Smoltz’ advice on how to strike out Mets infielder Jeff McNeil.

Smoltz: “Back foot slider, down and low.”

To his credit, the pitch ended up close to its namesake: McNeil’s foot, albeit the front one. Manoah capped off his inning of work with a hit batsman and strikeouts of William Contreras, Joc Pederson and Ronald Acuna Jr.

Among several other choice quotes from Manoah on the mound:

“Here we go, there’s one!” After striking out Contreras.

“I didn’t read the scouting reports, but we’ll take it. Got any more info?” After a called strike on a changeup to Pederson.

“It was more like front shoulder, not front hip.” After a slider got up to Pederson.

“They say I’m not good against lefties. How I ironic I get two of them.” After Manoah faces his second left-handed batter of the inning.

“Are we really playing the shift?” After Manoah saw his infielders shifting against the left-handed hitter in the batter’s box.

“By you, here we go!” After a first pitch swinging strike to McNeil.

“Right down the middle, but we’ll take it! Three punchies, let’s go!” After capping off a three strikeout performance.

After the game, Manoah told MLB Network it felt a little odd to have a mic pack on his back, but after a few pitches, he got used to being mic’d up.

Striking out the side and providing elite commentary in the process 💯@Alek_Manoah6 recaps his mic'd up #AllStarGame outing.#MLBTonight | @BlueJays | @YonderalonsoU pic.twitter.com/da96kPIsP9

After his first All-Star game appearance, one thing’s for sure, Mr. Manoah sparkled under the bright lights in Hollywood.