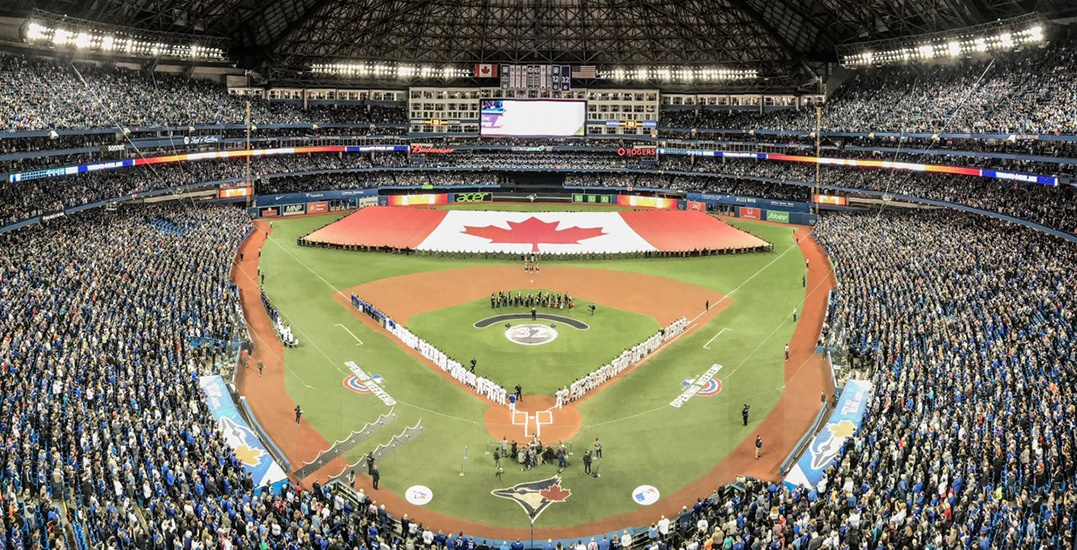 At one point or another, most baseball purists have dreamt about becoming a Major Leaguer. For the cost of $5 for a 50/50 ticket, Blue Jays fans can get paid like a Major Leaguer.

Yesterday, the Toronto Blue Jays announced they’re giving away a gigantic 50/50 prize for their opening week of the 2019 schedule; a minimum $500,000 prize to the winner, as in 500K take-home. That’s nearly the equivalent of a one-year salary for an entry-level MLB player.

New in 2019, fans throughout Ontario can purchase @JaysCare 50/50 tickets online!

One lucky Toronto Blue Jays fan will walk away at least $500,000 richer after Opening Week. According to the club, it’s the largest jackpot of its kind in MLB history. At the very least, someone will win a half million dollars, tax-free.

The previous North American 50/50 record was an eye-popping $1.4 million jackpot which saw the winner take home just over $700,000 from a Vancouver Canucks game back in November.

All new this year, Blue Jays 50/50 ticket sales have opened up to fans outside the Rogers Centre. You don’t physically need to be inside the ballpark to buy 50/50 tickets, as Ontario residents 18 years of age or older can buy tickets online.

During previous Blue Jays Home Openers and playoff games, the prize for the 50/50 draw at very most would exceed $160,000. This time, the Blue Jays are pooling four days of in-person ticket sales along with online 50/50 ticket sales.

With the Blue Jays Opening Week take-home prize set at a $500,000 minimum, they could easily eclipse that $706,815 50/50 prize record set by the Canucks last year. That’s a lot of peanuts and Cracker Jack, folks.