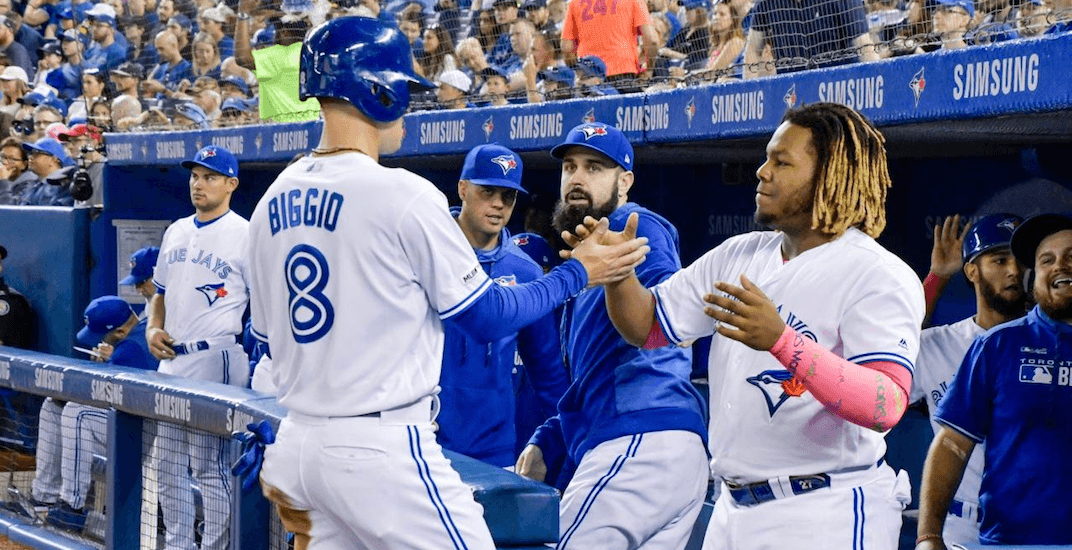 This time of year, students are heading home with their end-of-year report cards. Some kids are proudly showing off straight-A’s to their parents, while others are feverishly attempting to make an ‘F’ resemble a ‘B’ somehow.

Just like grade school, there are overachievers and underachievers in baseball, with the Toronto Blue Jays among the latter group. Through 81 games played, the Blue Jays are officially at the halfway mark of their 2019 season with a 29-52 record and they sit a staggering 23 games under .500.

With the trade deadline on the horizon, the Blue Jays will soon be in “dismantle mode,” which will create even more turnover on a roster that’s been in constant flux since Opening Day.

The Blue Jays may not want to see these grades, but they’re getting a first-half report card whether they like it or not. Not even the most overly optimistic parent can find a lot of positives with this roster. 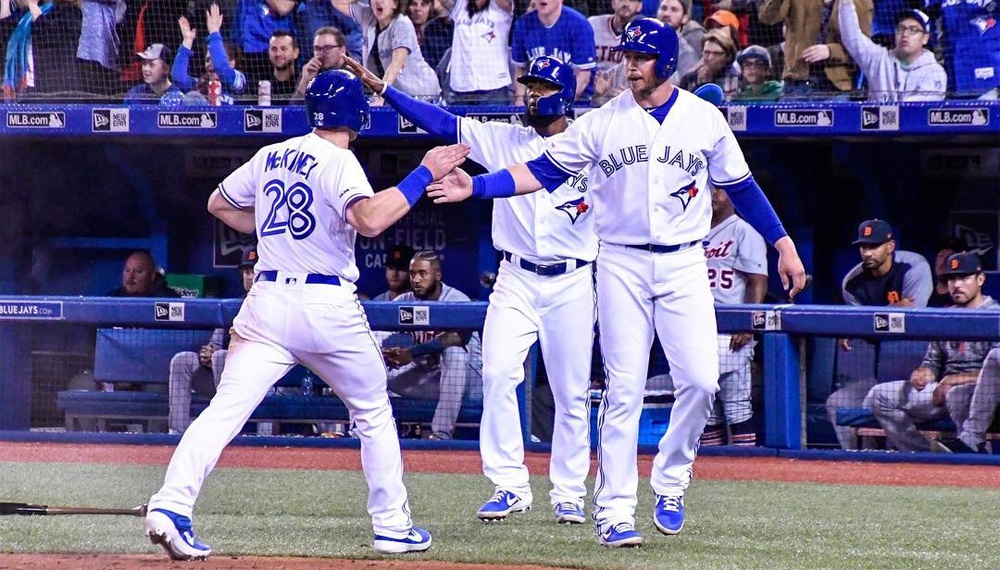 If there’s one word to describe the Blue Jays’ offence through their first 81 games, it would be ‘anaemic.’ The team ranks at the bottom or close-to-worst in batting average (29th), on-base percentage (28th), slugging percentage (27th), and wRC+ (27th).

The Blue Jays as a team had one of their worst months in franchise history during the month of May when it came to hitting. Not only were they struggling to push runs across the board, they were struggling to get guys on base.

Despite a lineup anchored by Vladimir Guerrero Jr., the Blue Jays have a lot of hitters who are currently mired in or have already suffered through prolonged dry spells at the plate.

Now that the lineup has stabilized somewhat and is showing some progress, things look brighter towards the second half of the schedule, but that’s no excusing how truly putrid the Blue Jays were with their bats through the first 81 games. 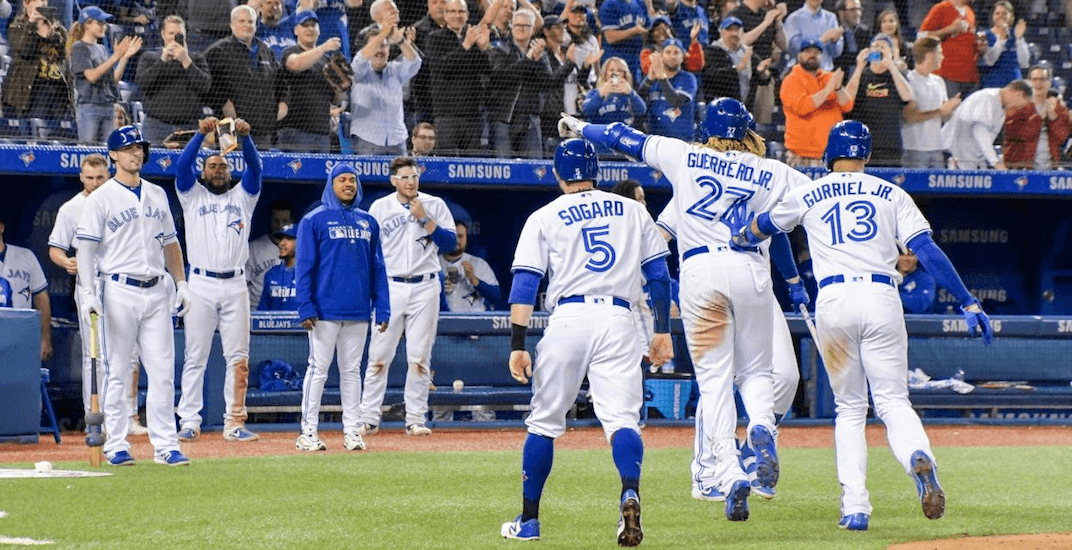 The Blue Jays front office received a lot of criticism for eating over $50 million dollars in contracts this offseason, which included players like Russell Martin, Troy Tulowitzki, and Kendrys Morales. But those transactions opened up the roster and allowed young players to rotate through the lineup where they otherwise might not have received an opportunity to play every day.

Typically, a player of Eric Sogard’s calibre would be relegated to the bench, but he’s outperformed his career norms and graduated to the starting lineup. Sogard has done everything in his power to help stabilize a struggling offence.

At this point, the Blue Jays’ bench consists of Rowdy Tellez, Luke Maile, and Billy McKinney. Tellez’ peripheral power numbers look great with 14 home runs in the first half, but his 71 strikeouts and .283 on-base percentage is troubling for a player who could be viewed as the team’s future first baseman.

Then there’s Luke Maile, who has four extra-base hits for the Blue Jays in 32 games behind the plate. And Billy McKinney was already demoted to triple-A and is making his second stint with the Blue Jays. 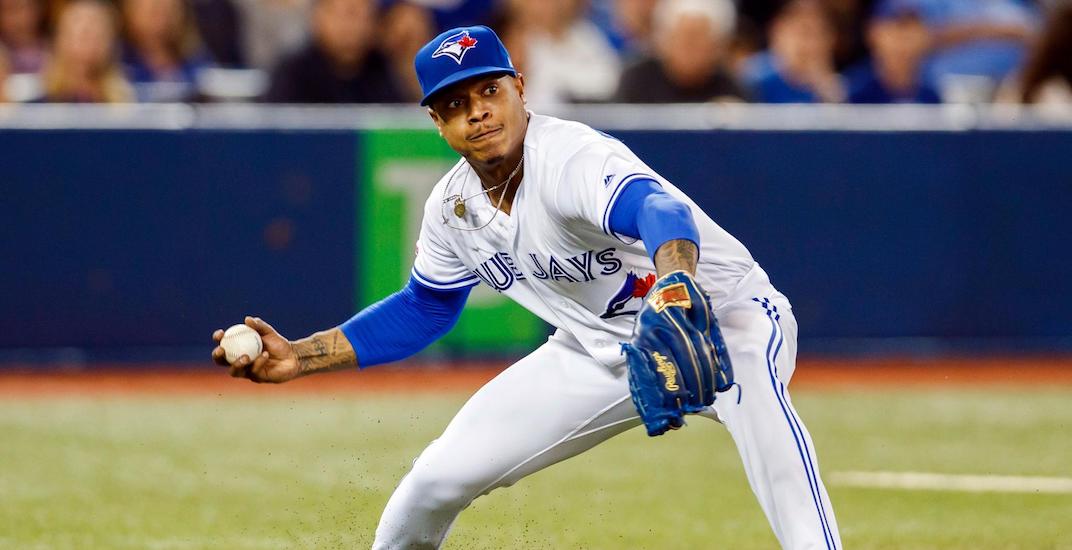 Through the first month of the season, the Blue Jays’ starting rotation was the saving grace of the team. An impressive starting five kept the Jays in ballgames most nights, but once the calendar flipped to May, the clock struck midnight and the rotation suddenly transformed back into a pumpkin.

Matt Shoemaker was a pleasant surprise in the early going, but a season-ending injury derailed his season. Rookie Trent Thornton has posted impressive strikeout totals, but has yet to pitch deep into games on a consistent basis.

And Aaron Sanchez — while mostly healthy — has failed to recapture that magic from his 2016 breakout campaign. His bloated 5.89 ERA even has some questioning whether the Blue Jays should convert him back into a reliever.

With Stroman being a strong trade candidate and very little in terms of pitching reinforcements, the Blue Jays starting pitching might actually get worse in the second half … which is hard to believe. 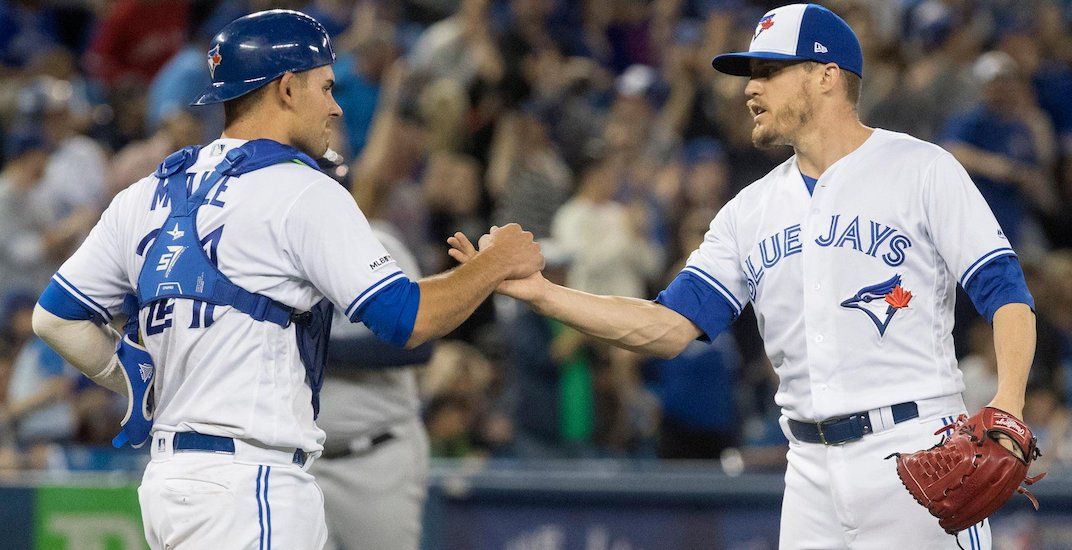 Given how little the Blue Jays reinforced their relief corps this offseason, their bullpen has performed okay in the first half of the 2019 season. Just “okay.”

Outside of Ken Giles, the team lacks a true shutdown reliever in the bullpen. Manager Charlie Montoyo has dabbled with Joe Biagini and Daniel Hudson in the setup role, with Hudson playing the part as the bridge to Giles in save situations.

His 4.76 ERA withstanding, one of the pleasant surprises out of the bullpen might be Tim Mayza. In years past, he was used predominantly against left-handed hitters, but has flourished this season with an expanded role in the Blue Jays bullpen.

Biagini has also settled back into his spot as a full-time reliever, but it’s difficult to imagine him replicating his ridiculous numbers from the 2016 season when he was one of the team’s best late-relief arms. 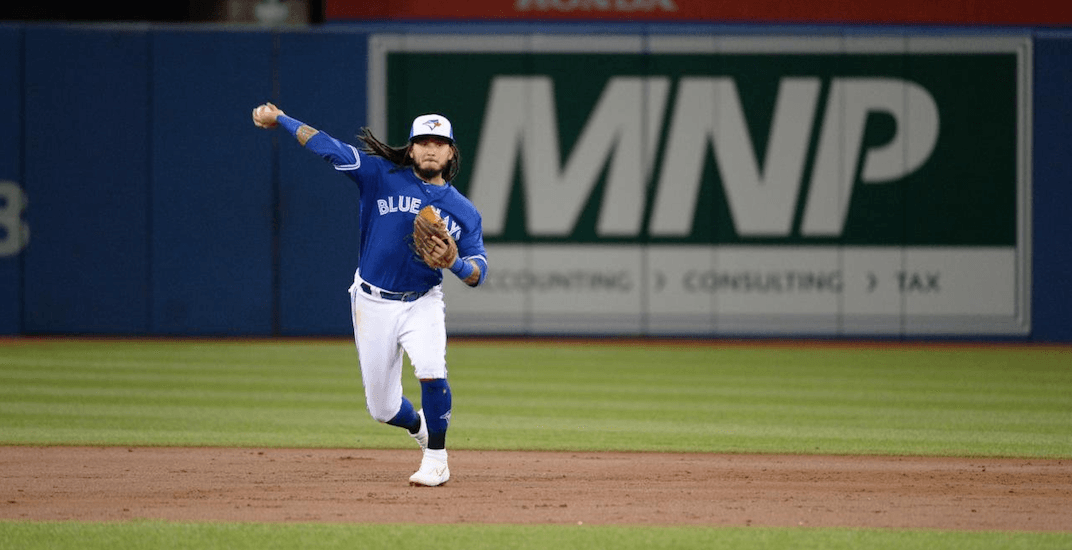 This is one of the most surprising deficiencies about the Blue Jays this season. With a much younger core of players who are fleet of foot, in theory, that should’ve translated to much better defence on the field. That hasn’t been the case for the Blue Jays.

It’s also surprising because Montoyo preaches the importance of run prevention and one of his goals was to tighten up the defence. At times, the Blue Jays have looked lost in the field and even veteran players like Randal Grichuk have made several mental errors which cost the team runs on the board.

Unfortunately, this is one of the unforeseen side effects of using the jack-of-all-trades approach with defenders on the diamond. Without very many “true” outfielders or infielders on the roster, players are constantly shifting on the diamond, which doesn’t leave them much of an opportunity to get comfortable at any one position on the field. 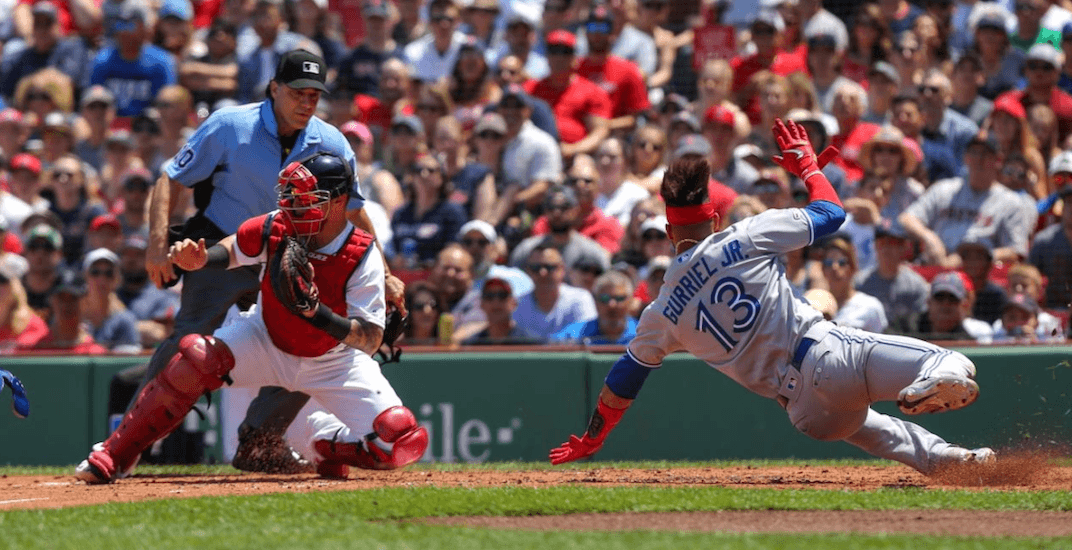 The base-running aspect kind of ties in with the defensive grade (since both involve foot speed), but this is another aspect of the game where the Blue Jays have shockingly underperformed in 2019.

With 23 stolen bases total, the Jays have been one of the least aggressive teams on the base paths. To be fair, they don’t have the personnel to steal bases, but they’ve been far more conservative than expected.

Among all 30 teams, the Blue Jays rank dead last when it comes to advancing from first to third or home on a single. They’ve done it 27 times as a team this year, the fewest among in baseball.

As this roster gets increasingly younger, it will get quicker, but the question is whether Montoyo can harness that speed, rather than having the team needlessly run into outs.