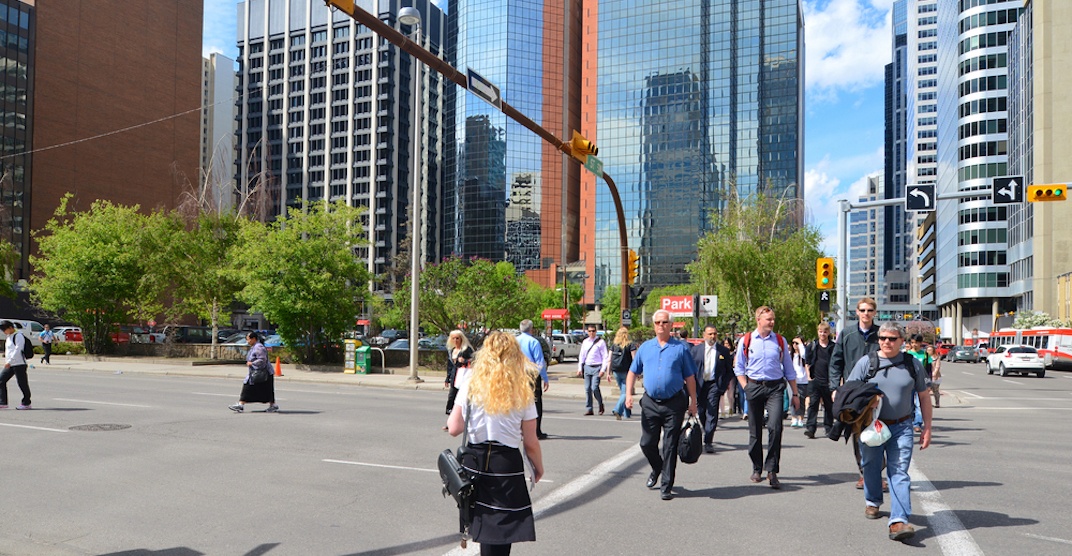 According to a report released by Bloomberg today, Alberta has a bright future ahead.

“Gross domestic product in the western province will rise by 2.9 percent this year, up from an April estimate of 2.5 percent. That matches forecasts for neighboring British Columbia, and in 2018 Alberta comes out on top with a 2.4 percent expansion that would be tops among Canada’s 10 provinces.”

This is a huge bounce back from the numbers we’ve seen in the last two years when oil prices dropped below $50 a barrel.

“Everyone should feel good about it, not just Alberta,” said Bank of Nova Scotia deputy chief economist Brett House to Bloomberg. “The Canadian economy is firing on all cylinders.”

The last two years triggered layoffs in Alberta and an investment freeze that shrank GDP by about 4 percent. Now Alberta is looking to stand out as the biggest surprise contributor.

“Growth forecasts for this year were lifted in every province in the latest Bloomberg survey that was taken July 7-14. The 2018 survey shows growth is forecast for every province, which would be the first time that’s happened since 2011. 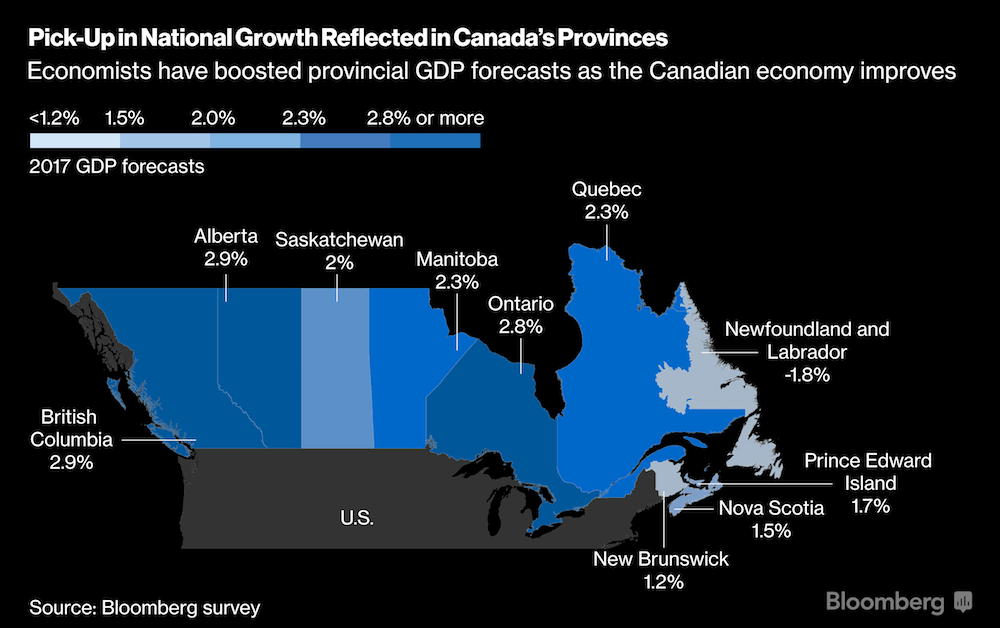