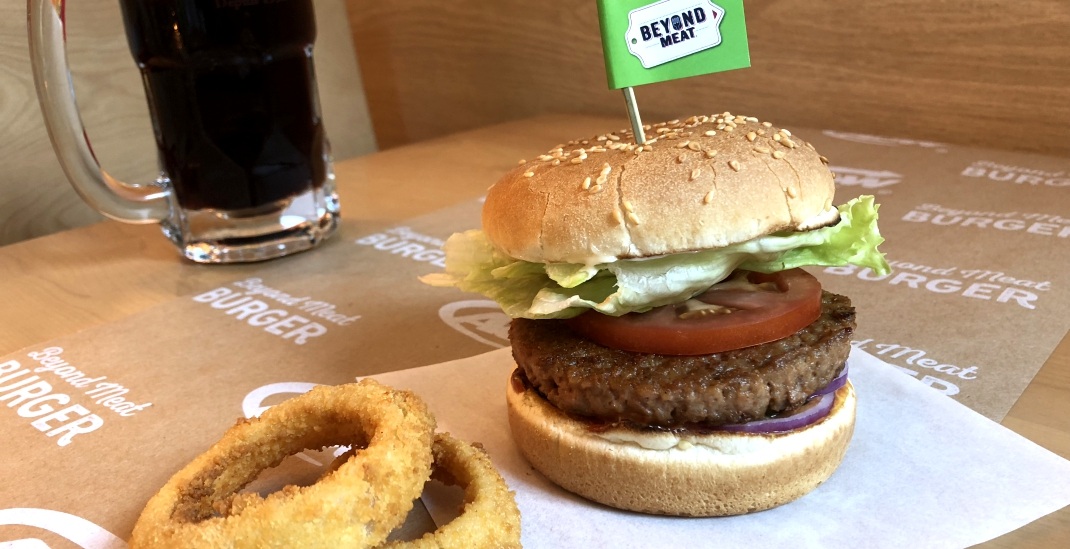 While McD’s slowly plots the possibility of introducing vegan patties to menus, one Canada-wide chain has beaten them to the punch.

A&W is launching a meatless burger at restaurants across Canada in July. It’s not just any meatless burger either, it’s a “bleeding” burger. And it’s surprisingly, very tasty.

Joining the family of Mama burgers and Teen burgers, the newest offering is The Beyond Meat burger.

Billed as “the world’s first plant-based burger that looks, cooks, and tastes like a fresh beef burger,” this meatless burger patty boasts that it’s as juicy and delicious as its traditional counterpart.

It’s made with pulse crops including peas and mung beans, plus beets which gives the burger a pink, “bleeding” appearance.

The Beyond Meat Burger makes it menu debut on July 9 and will be offered with classic toppings including lettuce, tomatoes, red onion, pickles, ketchup, mustard, and mayo.

Editors note: While the burger patty itself is entirely plant-based, strict vegan eaters should skip the mayo.