Let’s get this out of the way – yes, Bleachers is Jack Antonoff, the guy from Fun. Not the one who sings that song with Pink (that would be Nate Ruess), but the guy who fronted Steel Train before joining Fun as their guitarist. The band achieved massive success in 2012, topping the Billboard Hot 100 chart with “We Are Young” and winning 2 Grammy Awards.

Since then, Fun has been on a hiatus with each member pursuing other projects; Ruess has recorded a solo album while keyboard player Andrew Dost is scoring films. Antonoff has been the busiest of the three, writing songs for Taylor Swift and Tegan and Sara before eventually recording music as Bleachers. A full length album called “Strange Desire” was released a year ago and quickly became a hit with critics and audiences (Tegan herself was spotted in the crowd at last night’s show, rocking out with us regular folk). 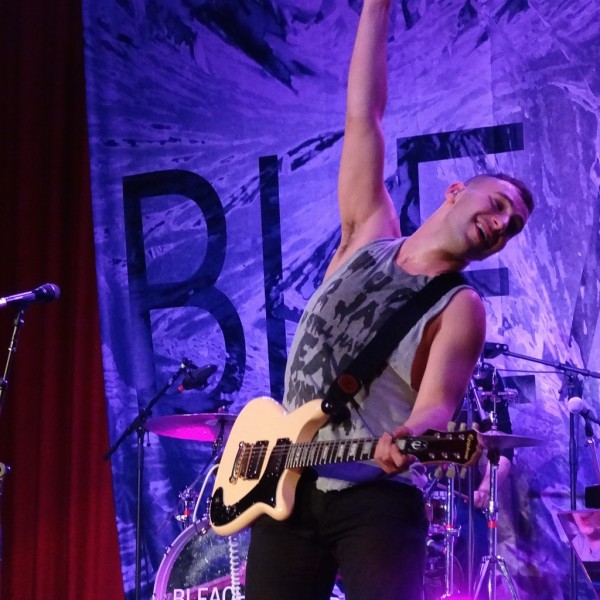 After quick sets by openers Joywave and the Night Terrors of 1927, Antonoff and his touring band emerged on stage to huge cheers. They opened with “Wild Heart”, the first track from “Strange Desire”, and the cheers continued through “Shadow” and an awesome cover of Fleetwood Mac’s “Go Your Own Way”.

Antonoff took a quick pause to apologize for canceling his originally scheduled show back in December (“I’m such a piece of shit”), but it was clear by his fourth song that all was forgiven. In addition to being a hugely talented singer and songwriter, Antonoff is a big ham and the Vancouver crowd ate it up. 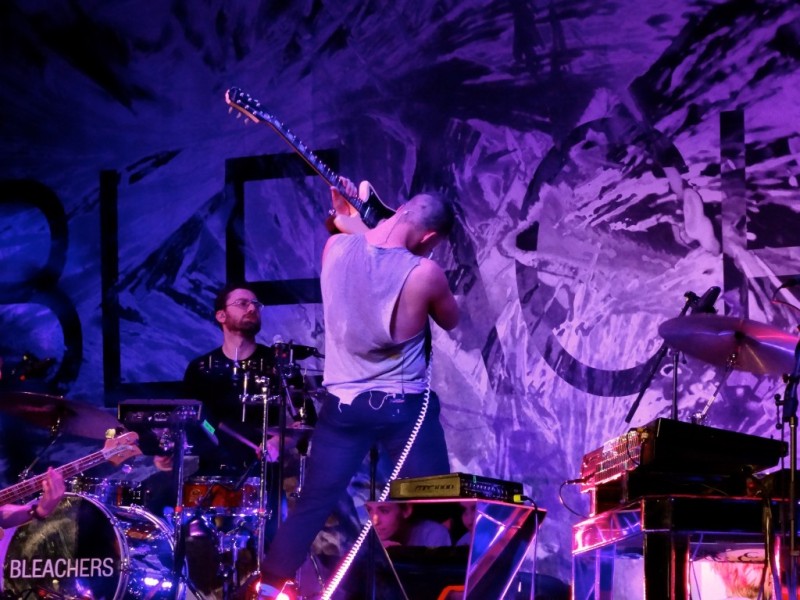 He sang, he danced, he called us “the shit” and even indulged a fan in a bit of harmless flirting. When a woman in the crowd screamed out the details of her recent breakup, Antonoff singled her out and said “you just got dumped? Well, he’s a piece of shit!”. Again with the shit talk!

Anyway, after promising the woman a “big, exciting future”, Antonoff dedicated Steel Train’s 2010 gem “Bullet” to her. It was a sweet moment, and “Bullet” resonated with more than just one fan in the audience – from my seat, I could see the reflection of a young lady in the front row crying in the mirrored keyboard stand on stage. Young lady: if you’re reading this, you’re kinda visible in one of these pictures so feel free to tag yourself appropriately.

The party continued with album tracks “Reckless Love” and “Rollercoaster” before Antonoff and the boys closed with infectious single “I Wanna Get Better”. An elated Antonoff  told us that he’s always happy “when the audience outnumbers the band” at a Bleachers concert, and he should get used to that – more than half of the upcoming dates on this tour are sold out. 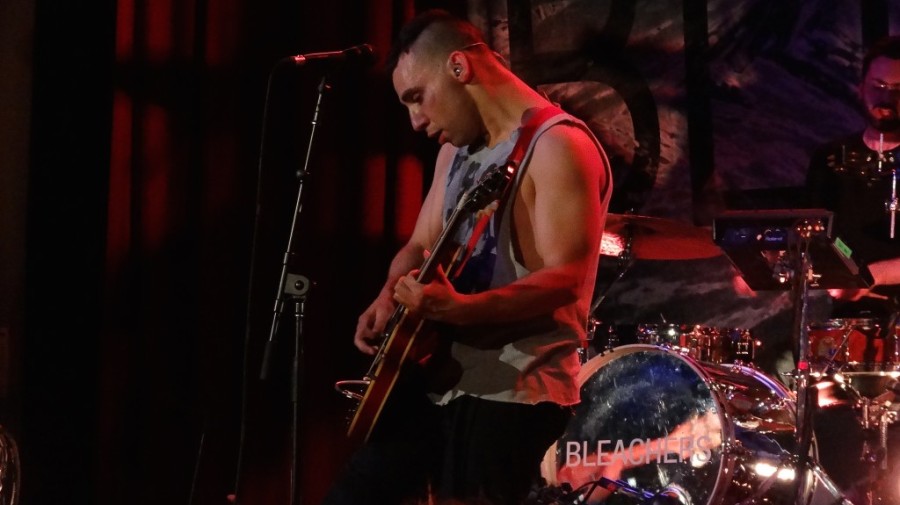 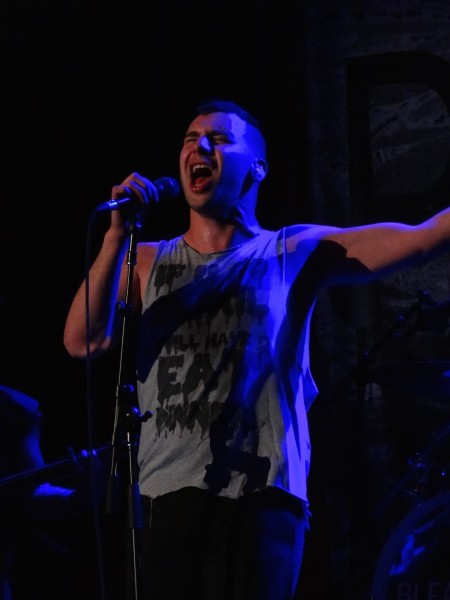 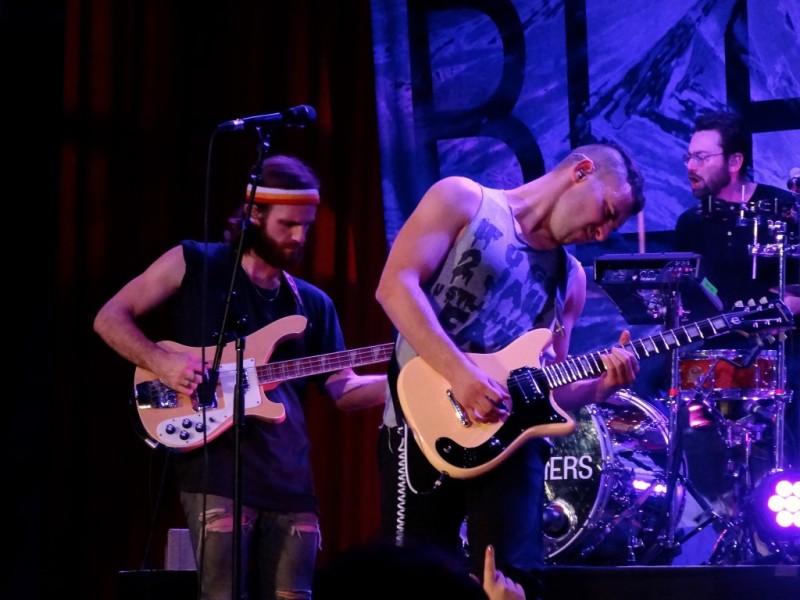 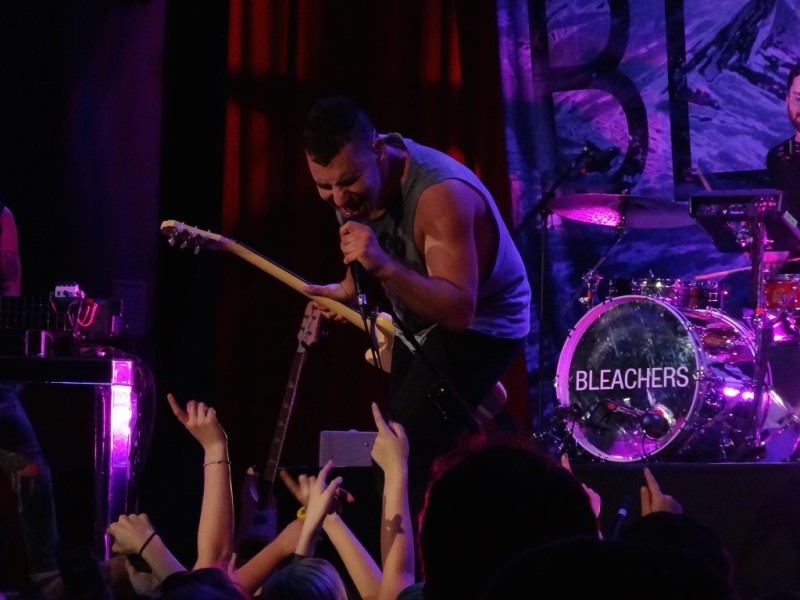 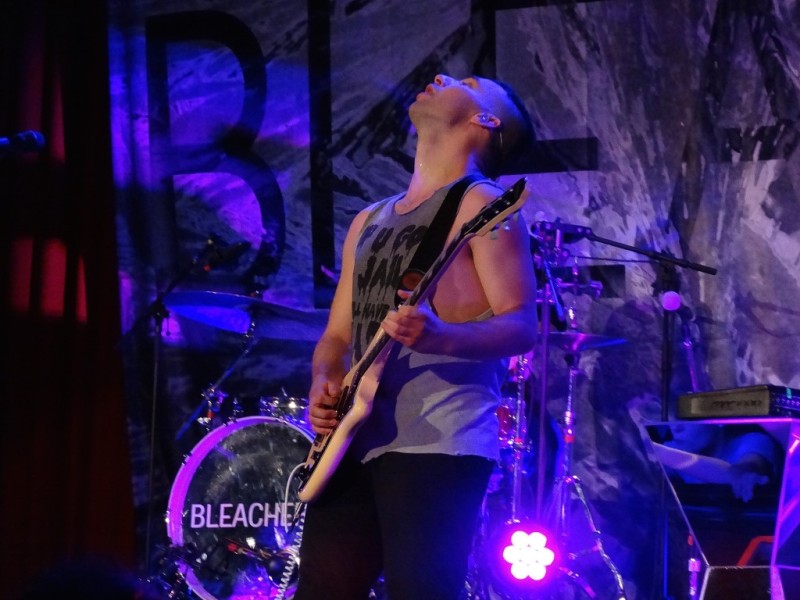