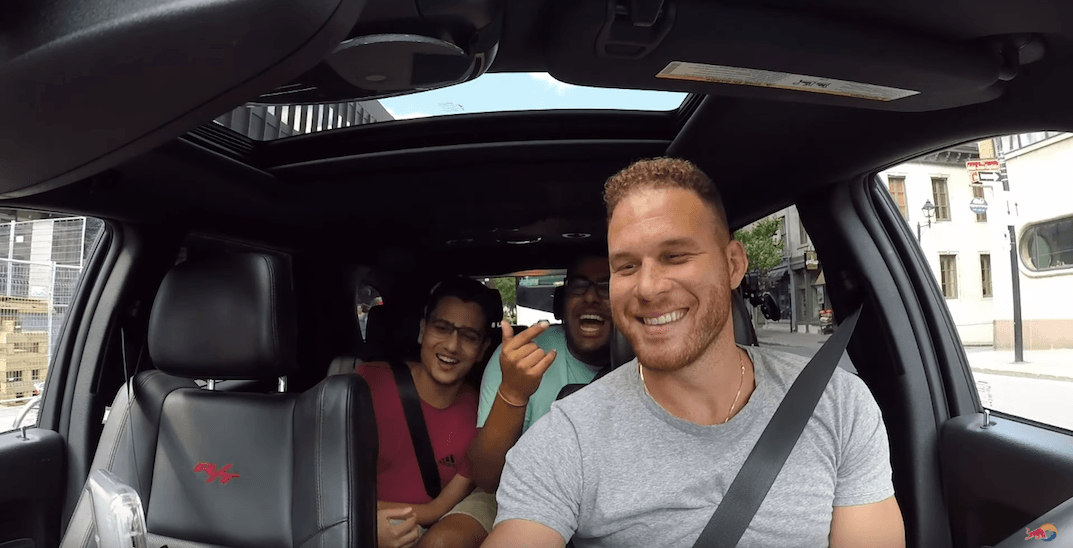 Detroit Pistons forward Blake Griffin is in the midst of an impressive NBA career and it seems like he’s got a solid back-up plan as a Montreal cab driver if he ever wants to change professions.

Before his July 25 Just For Laughs show, “Comedy By Blake” the 30-year-old athlete/comedian was the headliner of Red Bull’s digital series, “Comedy Cab,” where he posed as a Montreal cab driver.

Besides featuring the likes of Old Montreal in the background, the Oklahoma City-native tested out some opening jokes, dished out some Red Bulls, and tried picking up a few words in French.

For the record, it turns out the basketball star is better at picking up customers (and basketball rebounds) than a new language.

Equipped with a 10-point “Recognize Blake-O-Meter,” the video, which was published this week, just goes to show you never know what Montreal has cooking up, especially before the world-famous Just For Laughs festival.

Going forward, when there’s a 6’10” cab driver in front of a dashboard camera, you might want to consider the fact that you might be getting pranked.

Here’s how a few customers in Montreal dealt with their NBA star cab driver.