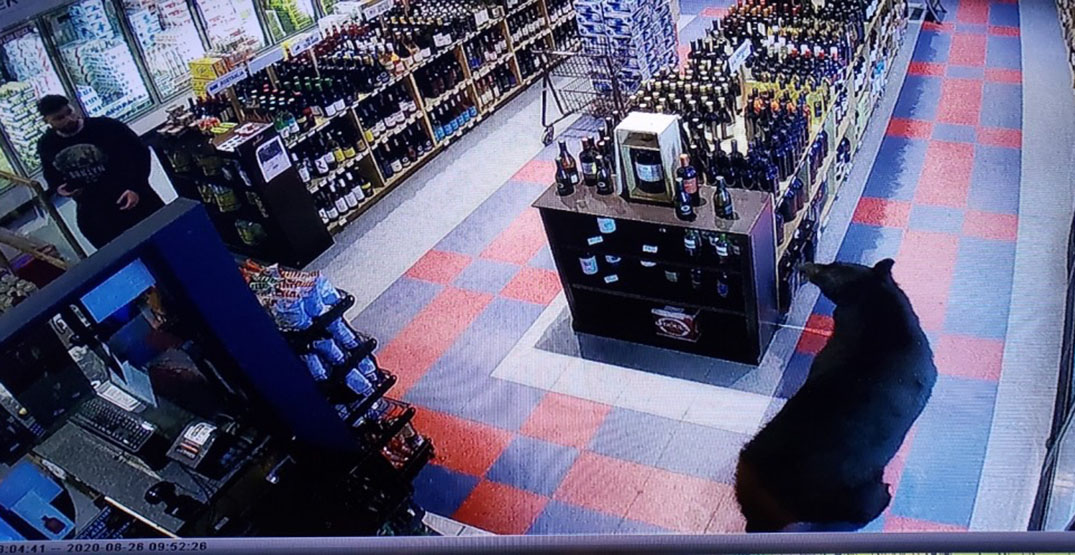 The black bear inside Last Call Liquor in Revelstoke, BC (Claudio Brunetti)

A rather unusual customer trotted through the door of a BC liquor store this weekend, scaring a customer and getting yelled at by the owner.

“He was barrelling down the street, and when he came in there was a customer — he stared at him.”

Brunetti grew up in the mountainous town in BC’s Interior, and said he’s used to seeing bears wander the streets in the evenings. But he’s never seen one come into his store.

The owner shouted at the bear to get out, and the 300-pound animal turned around and exited the store. Brunetti said the bear climbed a tree for a few minutes before leaving the area.

“It was all good,” Brunetti said. “It didn’t really bother me.”

Watch the bear enter the store:

Revelstoke Bear Aware asked the public to be careful following the incident, saying the bear is “very large.” The organization believes the bear may have also broken into a pickup truck that same night, and other witnesses saw it eating garbage.