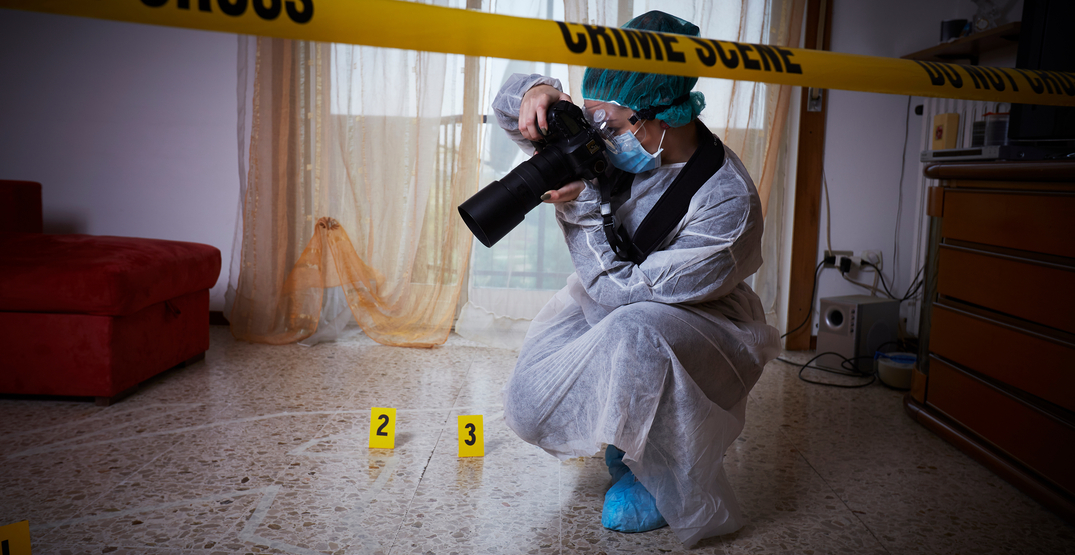 Written by crime historian, blogger, podcaster and author Eve Lazarus. Lazarus’s passion for history and fascination with murder has led to six books of non-fiction. She is also the host of the true crime podcast Blood, Sweat, and Fear.

Excerpted from Everything British Columbia: The Ultimate Book of Lists, a new book written by Vancouver journalists Bethany Lindsay and Andrew Weichel. Now available at Indigo, Amazon and your local bookstore.

1. Babes in the Woods

The Babes in the Woods case—the story of two young children found dead in Stanley Park—is one of Vancouver’s oldest unsolved murder mysteries.

While the murders likely happened in October 1947, the story starts in January 1953, when a Vancouver Park Board employee stepped on a skull in a remote area of Stanley Park. For the next half century, police searched for a missing brother and sister, and it wasn’t until 1996, when DNA profiling became part of the forensics toolkit, that investigators reopened the file and found they were dealing with two brothers. The children remain unidentified.

On September 15, 1954, Danny Brent’s body was found on the 10th green at UBC’s golf course. He’d been shot once in the back and twice in the head. On the night of his murder, Danny had finished his shift at the Press Club, and headed over to the Mayling Supper Club. He was seen leaving with a woman and two men through the back door.

Four days after his murder, police opened a locker and found 30 ounces of heroin with a street value of $175,000. It was quickly apparent that there was more to Danny than bartending. Either he was killed by a gang trying to take over the heroin industry or murdered by a hit team for an outstanding drug debt.

A few years after the Bests bought their home in James Bay, Victoria, a young woman knocked on the door and asked if she could come and take a look inside. She told them that her grandparents had lived in the cottage in the 1950s and she’d grown up believing they were killed in a car crash.

It was only recently that she’d discovered that her grandfather Chester Pupkowski had died in a hospital for the criminally insane, more than 40 years after stabbing and bludgeoning her grandmother Cecelia to death in the Bests’ kitchen in 1956, and later trying to drown himself at Holland Point.

David Pauls was shot three times in the head by the back door of his family’s South Vancouver home. The killer went upstairs and clubbed 11-year-old Dorothy Pauls to death in her bed. When Helen Pauls returned from work, she was shot and then beaten with a blunt instrument. The Pauls were Russian Mennonites. The year was 1958. David worked as a janitor for Woodward’s and Helen worked the afternoon shift at the Home Fancy Sausage Shop on East Hastings. Police investigated several theories including connections to Russia, a botched robbery, and a peeping Tom, but no evidence was found and the murders remain unsolved.

On December 9, 1965, 17-year-old Thomas Kosberg made chocolate milkshakes for his mother, father, and four younger brothers and sisters, added some sleeping pills, waited for them to go to bed, and then hacked them to death. Only a baby survived. Tom had a history of mental illness, but no one could imagine him plotting a murder, let along killing his own family. The court ruled that he was not guilty by reason of insanity, and Thomas was shipped off to Riverview. He was released 12 years later, married and worked at Vancouver Children’s Hospital for the next 30 years. He died in 2016.

In 1965, Rene Castellani, a CKNW radio personality who was known for his crazy promotional stunts, murdered his wife Esther so he could marry Lolly, the station’s 20-something receptionist. He poisoned Esther with arsenic in her food and milkshakes over several months, and, if not for Esther’s doctor, who was determined to find out how she died, he would have gotten away with it.

Castellani was charged with capital murder, but managed to avoid the death penalty when it was commuted two weeks before he was scheduled to hang. The couple had an 11-year-old daughter called Jeannine.

Noted poet Patricia Lowther, 41, died in September 1975, beaten to death in her Vancouver home. The Vancouver Sun published Pat’s first poem when she was 10. She published her first collection of poems in 1968 and taught at the University of BC’s creative writing department. At the time of Pat’s murder, husband Roy Lowther was a failed poet and teacher. They had four children—two were from her first marriage.

Pat’s body was found by a family hiking at Furry Creek, three weeks after she was reported missing. Roy was convicted of murder and died in prison. In 1980, the League of Canadian Poets established the annual Pat Lowther Memorial Award.

In 1985, the kidnapping of restaurateurs Jimmy and Lily Ming from their Strathcona home shocked the city. The kidnappers demanded $700,000 in ransom, even after the Mings, parents of two small children, were strangled, dismembered, and left in garbage bags along the Squamish Highway. The family operated the Yangtse Kitchen on Robson Street. Asian gangs were blamed, but the murders were never solved.

Derek James was a traffic controller at Vancouver International Airport; his wife Jean Ann was a former flight attendant with Canadian Pacific Airlines. They were close friends with Shinji Wakabayashi, an executive with Japan Airlines, and his wife Gladys Wakabayashi, the third child of Taiwanese billionaire Y.S. Miao. The Jameses split up in 1990. Jean suspected that Derek was sleeping with the much younger Gladys. On June 24, 1992, Jane went to the Wakabayashis’ Shaughnessy home and slit Gladys’s throat with a box cutter. Police suspected Jean, but there was no forensic evidence linking her to the murder. It took another 16 years and a Mr. Big sting until Jean, 69, was convicted of first-degree murder.

Doug Guyatt was cleaning up the front yard of his Colwood home one afternoon in June 1992 when he found his wife’s severed head in a bag in the ditch. Her long, silver-grey hair had been shorn from her head. Shannon, a 34-year-old computer programmer, had been missing for 11 days.

A police investigation found that Shannon had filed for divorce, and detectives believed that her husband had murdered her so he could collect on a life insurance policy and pay off the mortgage on their home. The rest of her body was never found and Guyatt died in prison in 2014.