“Fish gotta swim, birds gotta fly, I gotta love one man ‘til I die, can’t help loving that man of mine” – was precisely the ditty that came to mind when my darling husband invited me along to review a private media viewing at the Vancouver Aquarium last week. Not just because it’s a great song, and I love my man – but because the aquarium is playing host to some spectacular feathered friends this summer and therefore the song just seemed fitting. 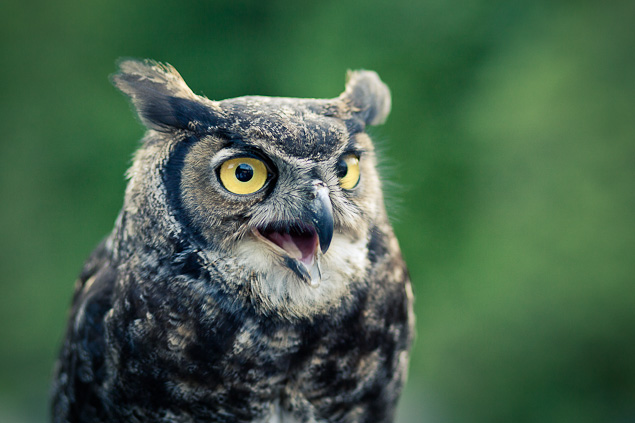 As well as all the usual encounters with all sorts of marine life to be had at the aquarium some smart little button realized that it might be fun to add some birds into the mix, so those clever people at the Aquarium ‘hatched’ a cunning plan to invite a few guests from Vancouver Island’s Pacific Northwest Raptor’s to come for a visit. Considering that many of the birds native to British Columbia play a huge role in its coastal eco-system, the interconnectedness of what is above and below the surface of the ocean becomes blatantly obvious as you watch and learn. 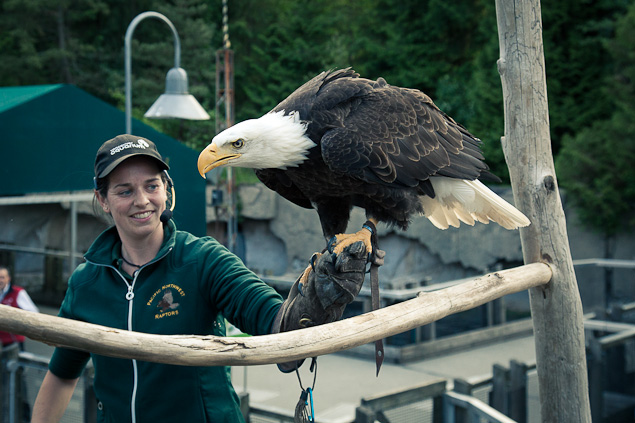 In an action packed 30 minute show you will be introduced to a Turkey Vulture, a Peregrine Falcon, a Harris’s Hawk and of course the splendid and magnificent Bald Eagle, just recently removed from the endangered species list here in Canada, thanks to the removal of DDT from the list of chemicals that local farmers used to spray on their crops. (DDT was interfering with the successful reproduction of eagles by causing the normally strong and resilient eggshells to become brittle and easily breakable, thus preventing most of the eagle eggs laid from surviving the full incubation period). After watching these birds in flight from a safe distance and learning all about their habits and behaviors during the show there is also an opportunity to get a closer look and ‘meet’ the birds in person. And if you’re lucky they might even bring out my own personal favorite from the show – a stunning bright-eyed owl that will haunt your dreams for days. 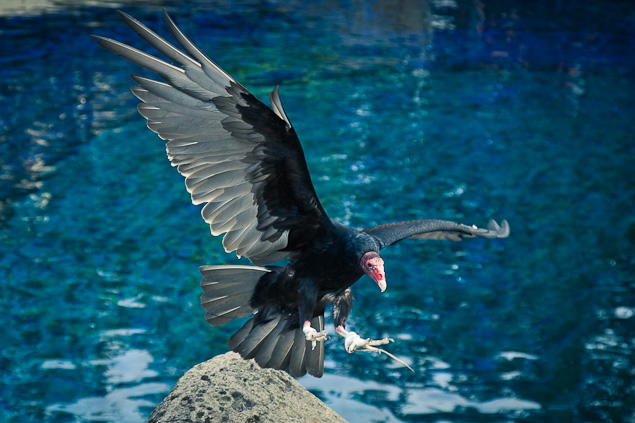 ‘Birds Up Close’ is an interesting and informative show playing 4 times daily at the Vancouver Aquarium until September 5th that adds yet another level of awesome to the already amazing wonders on permanent display at the Aquarium. 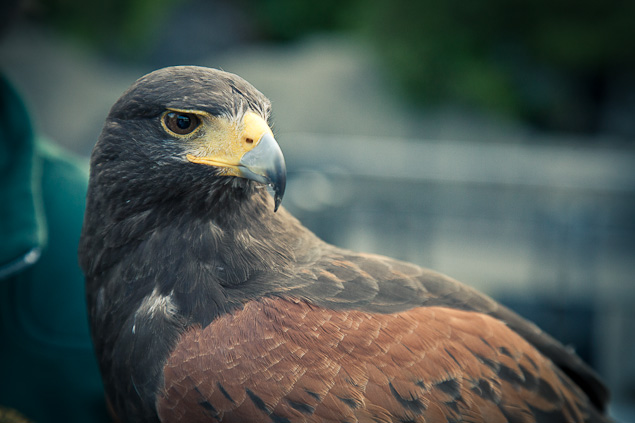