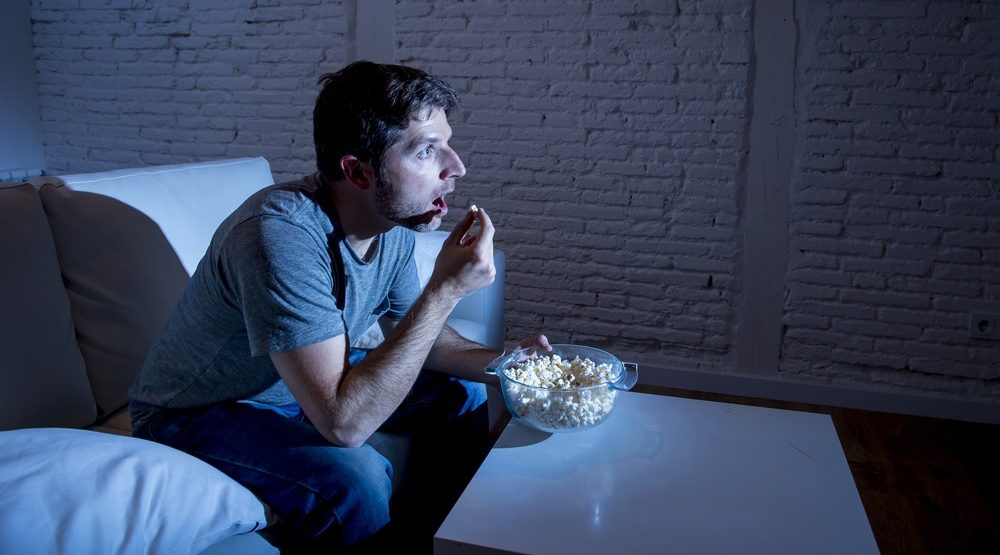 The menacing low-front currently brooding overhead provides the perfect excuse for Vancouverites to batten down the hatches and spend a weekend on the couch.

In the interest of staying dryer than a sun-burnt rice cracker, we’ve selected seven Netflix shows to binge on over this wettest of wet weekends.

Stranger Things burst onto screens earlier this year, becoming one of Netflix’s most successful original shows. The Sci-Fi adventure is a love letter to all things 80s. Think The Goonies meets E.T. meets Stand By Me meets It. It’s as if George Lucas, Senior Spielberg, Stephen King, and Richard Donner wrote a best of script in 1985 and buried it in a Burbank time capsule with the instructions “don’t open ‘til 2016.” Featuring fine performances from child and adult cast alike (including renaissance woman Winona Ryder) this is an eight-episode must-watch, if only to ensure that you understand why everyone’s Halloween costume this year includes a buzz cut and three boxes of Eggos.

If British TV gets one thing right, it’s keeping things short and sweet (or short and relentlessly bleak). At just six episodes per season this small town police drama surpasses expectations on every level.  This is a show less about solving the crime at hand and more about experiencing the emotional gravitas of Lancashire’s Sargent Cawood, a character who’s equal parts vulnerable grandma and nose-breaking badass. The six episodes of Season One are a binge entrée worthy of the finest dining table, with Season Two a more than acceptable dessert course for afters

Race for The White House

Kevin Spacey filters the history of America’s most notorious battles for political power through the House of Cards lens as he narrates this documentary mini-series. Laying bare all of the scandal, conspiracies, and fistfights; campaign insiders recall events from infamous past campaigns including Lincoln vs. Douglas, JFK vs. Nixon, and Clinton vs. Bush. Binge down and brush up on your big fight history before November 8 when we’ll all cram into bars to watch Hilary vs Trump live from Las Vegas, inside the political Octagon.

Do you kiss your mother with that mouth? The characters of Scream Queen’s Kappa Kappa Tau sorority certainly don’t, if the ferocity of tasteless dialogue spouted by its cast is anything to go by. In this horror comedy the staff and students of Wallace University are stalked and slaughtered by the mysterious serial killer, The Red Devil. The show walks a very thin line between wonderful vulgarity and utter stupidity. Thankfully, horror legend and true Scream Queen Jamie Lee Curtis is on hand to stop it all sliding into the latter. At just 13 episodes you can easily binge this by the time the storm has passed.

Shot in Columbia and largely in Spanish with English subtitles, this epic dramatization chronicles the 20-year life and crimes of notorious drug kingpin Pablo Escobar. The show has all the glorious pacing, tension, and gun fights of Michael Mann’s Heat as the police get tantalizingly close to capturing a man who, at his height, smuggled 15 tons of cocaine per day into the US. Wonderful performances from leads on both sides of the law make this a must for crime fans.

Prequelling the events leading up to Alfred Hitchcock’s infamous 1960 horror classic Psycho, Bate’s Motel is one of the better shows shot in our backyard (or Aldergrove and Horseshoe Bay to be precise). It’s a brave plot choice for any TV show given the taboo nature (putting it mildly) of the Mother/Son relationship between Vera Fermiga (as matriarchal Norma) and Freddie Highmore (as Norman, the son with the ultimate Oedipal Complex). Twin Peaks is definitely an influence here as season-by-season the characters spiral towards an inevitable fate laid out before them by a 55 year old movie. Like drinking Vancouver craft beer, watching these three seasons is not only enjoyable, but supports local industry. So you can feel good about yourself to boot.

The only thing about Gillian Anderson that changes with age is her accent – she’s now more British than a blood pudding crumpet. The Fall sees Anderson’s English Scully, Superintendent Gibson, seconded to Belfast, NI, to catch a serial killer growing in both confidence and arrogance. It’s real cat and mouse stuff with Anderson’s cop and Jamie Dorran’s killer revelling in their respective roles. With season one and two totalling just 11 episodes, this is less a binge and more a Netflix amuse bouche.