When complete, this will be the largest development in Vancouver since the Olympic Village was constructed for the 2010 Winter Games. Concord Pacific has announced its plans for False Creek Central – a $1.3 billion development.

The proposal is located on one of Concord Pacific’s last remaining parcels of undeveloped Expo ’86 lands and will include eight residential buildings with over 1,000 units for 3,000 people. The area will also include 90,000 square feet of amenities, bringing a selection of services and commercial activity such as a public fitness and wellness club, restaurants and lounges, cafes, a market, boutiques and more.

Concord Pacific’s plan also includes a new bicycle and pedestrian route that will connect downtown Vancouver to the seawall and the Cambie Bridge. Completion of all the towers, amenities and infrastructure is not expected until 2023. 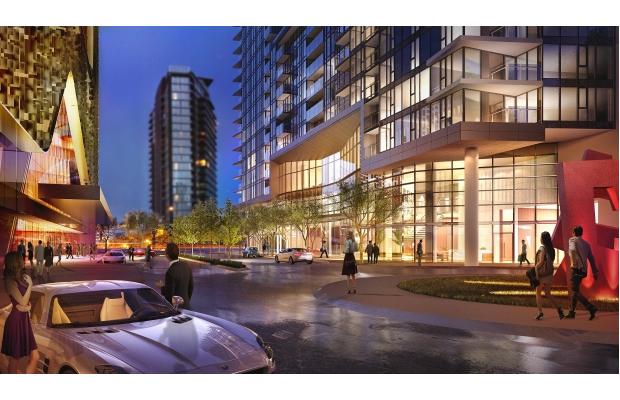 That neighbourhood will see some major changes in the coming years. The BC Place casino project was re-announced last month as a $535 million entertainment and urban resort destination but with a smaller casino than previously proposed to simply replace Edgewater Casino. Major residential and commercial developments are also planned for the site of the Plaza of Nations and a parcel of Concord Pacific-owned land to the west of the planned expansion of Creekside Park.

Three rental towers have been approved for Rogers Arena and will bring 614 rental units to the downtown core. The first tower is currently under construction and its lower levels will include a major expansion of the Rogers Arena concourse plus additional food, restaurant and bar options. The project has been touted as the largest rental-only development the city has seen in nearly 30 years.

A two-year study is underway to plan the removal of the Dunsmuir and Georgia Viaducts. With growth, new developments and the diversion of traffic volumes into Pacific Boulevard, the removal of the Viaducts has many worried of a pending traffic nightmare. 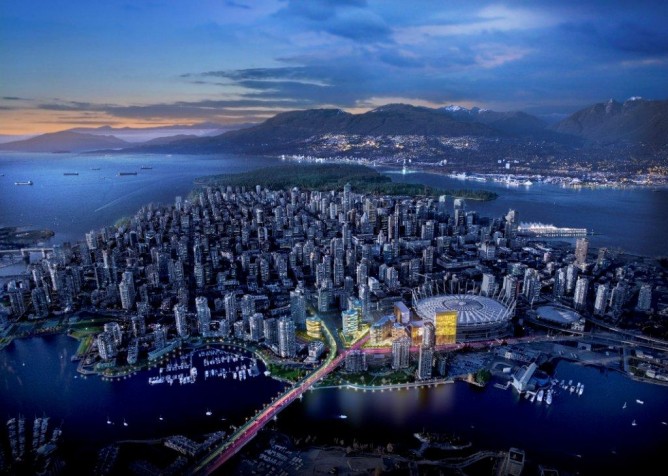