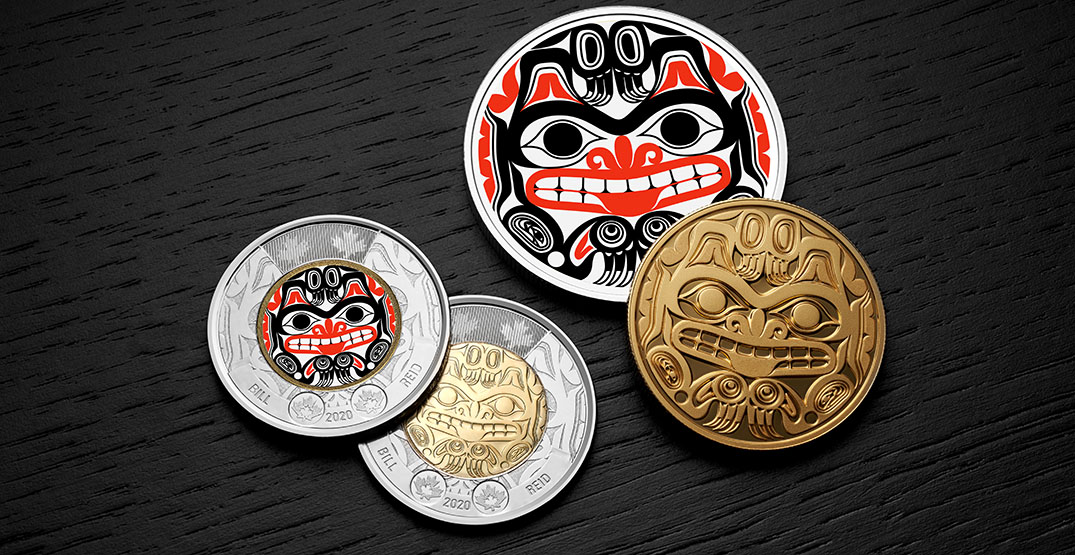 The new coins feature a grizzly bear by the famous BC artist, and are going into general circulation this week. Canadians may find them in their wallets soon, as banks replenish their toonie stores with the new coins.

“Millions of Canadians will experience the power and beauty of Bill Reid’s art as this coin finds its way to them in their change,” Marie Lemay, president and CEO of the Royal Canadian Mint, said in a release.

Bill Reid lived from 1920 to 1998, and the coins are being released on the 100th anniversary of his birth. He was a master carver, sculptor, and goldsmith, and was also a broadcaster and writer. He was known as a champion of Haida culture, and is often credited with helping the nation’s art style reach the level of popularity it sees today.

“The greatest impact of my grandfather’s artistic legacy is that he reintroduced our Haida art in a classical form to the world, and through that, bridged cultures,” said Nika Collison, Executive Director of the Haida Gwaii Museum.

Reid originally painted the bear design in 1988 on a ceremonial drum. He later adapted the design for silkscreen prints, and now it lives on further on the 2020 $2 coins.

The Mint is creating three million of the coins for general circulation, and collector’s editions in gold and silver can also be purchased online.