Thousands showed up at the Vancouver Art Gallery on Saturday to demonstrate against Bill C-51.

The rally evolved into a four hour march through Vancouver’s streets, blockading intersections and causing major unscheduled traffic detours. The protest made its way from the Art Gallery to the intersection of Broadway and Cambie over the Cambie Street Bridge.

Similar protests took place across Canada as protestors are opposed to the federal Conservative government’s anti-terrorism legislation Bill C-51, which many view jeopardizes the personal information of Canadians and their freedoms.

The bill would permit the Canadian Security Intelligence Service new powers to take action against suspected terrorists. However, critics say that terrorism is not an immense threat to the country and that this bill is more about invasion of privacy. 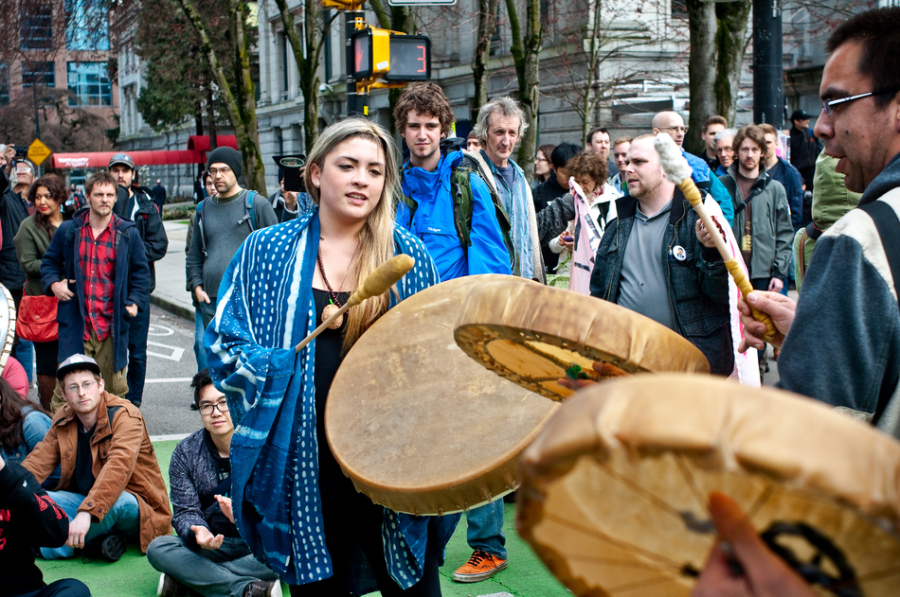 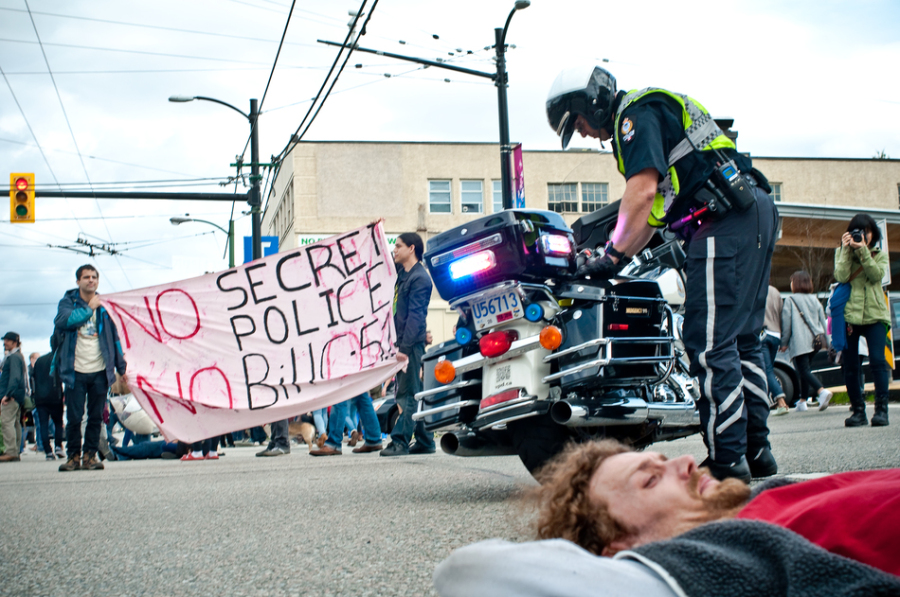 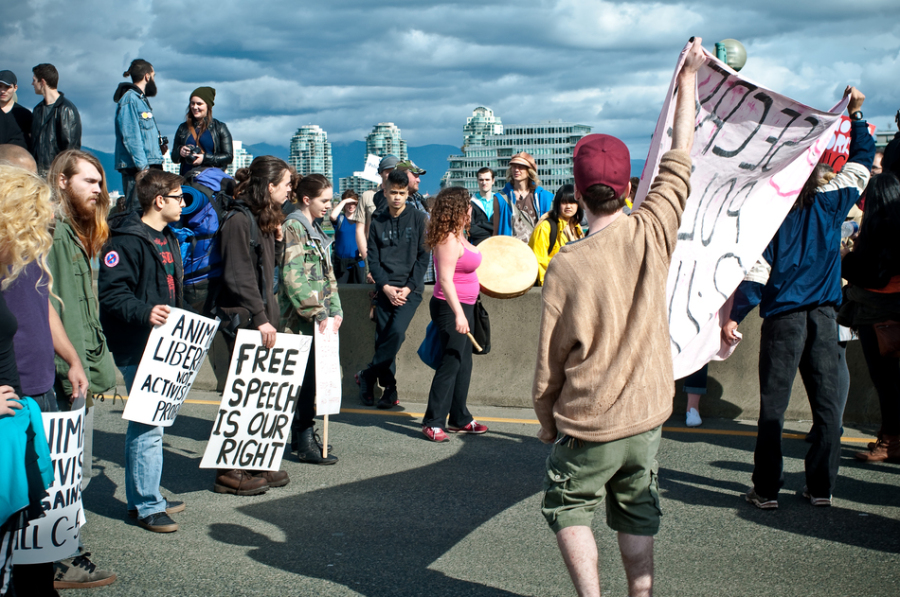 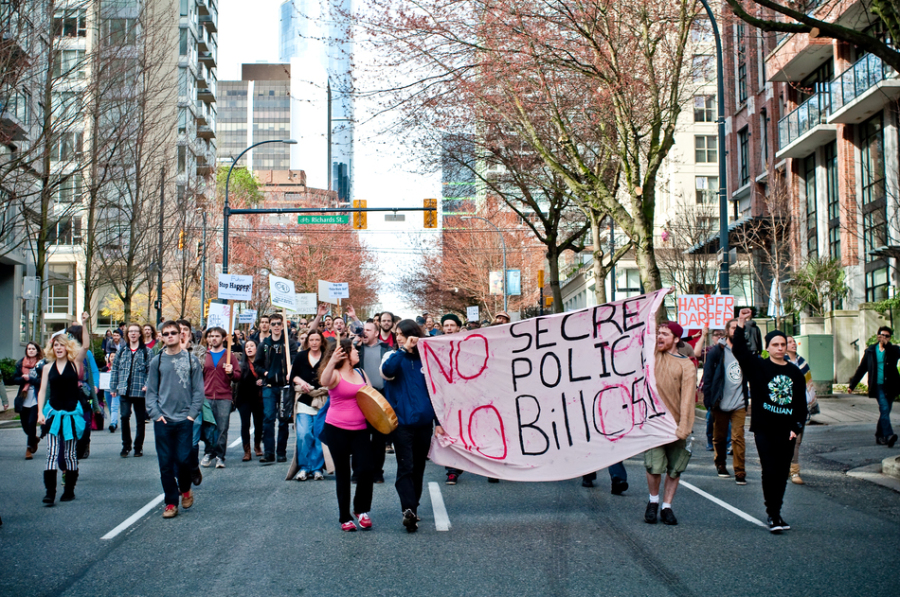 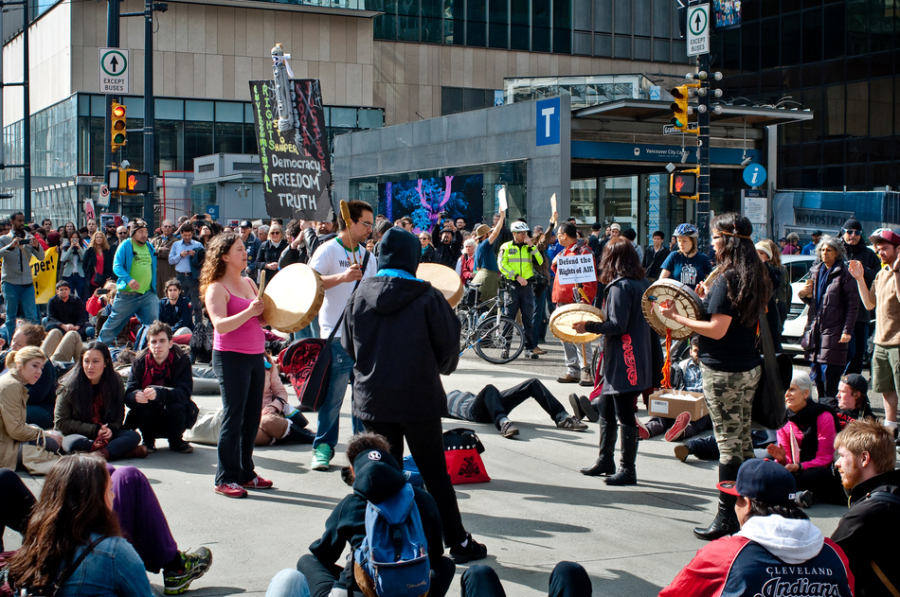 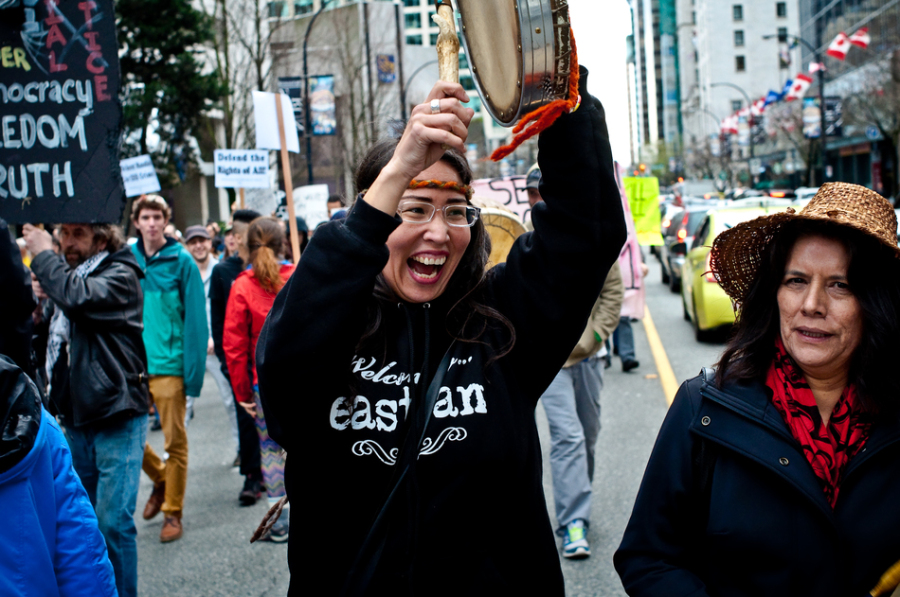 So this is happening right now in Vancouver at Cambie and Broadway to protest against Bill C-51. #canpoli pic.twitter.com/sbNUdpIT04

Hundreds of protesters are shutting down Vancouver Streets over BillC#51 pic.twitter.com/SbDWJkPLUX

Protest in the street at Broadway and Cambie. Traffic and buses blocked. pic.twitter.com/dLylFBwUXB

♫ sitting at the intersection of Cambie and Broadway / watching the traffic stand still ♫ #BillC51 pic.twitter.com/WMmwi2Dyya

Broadway and Cambie shut down by protest. But thanks for cleaning streets with your clothes! pic.twitter.com/jjtCvU1zN7

Bill C-51 protesters have moved across the bridge to Broadway and Cambie. Some lying down to block off intersection pic.twitter.com/sRFvjPWJ46