October is almost over, which means colder months are on the horizon. With HUB Bike to Work Week also coming to a close, you might think that people are putting their bikes away for the winter. But fall doesn’t mean the end of the cycling season.

Riding a bicycle in Vancouver from October to February doesn’t have to be complicated. But getting the right clothes is key to cycling in style, despite the colder temperatures. Here are three easy steps to help you cycle in style:

Dress for the weather

Wear whatever you would normally walk/drive/ride the bus or Skytrain in. So often cycling in the fall and winter is equated to Gortex and waterproof clothing. But riding a bike doesn’t require special clothing – you can ride in practically anything. As with walking or taking public transit, the key to warmth is layers; so you can adjust as the day warms up, or as the air cools into the evening. And if the weather report calls for rain, remember to pack an umbrella.

Hop on your bike

If the idea is that you can ride in anything, then you can use any bike as well. Getting a good service before winter is always a good idea, but there’s no need for a special, high tech bike or specialty tires for fall riding. Just look to our Canadian neighbours to the East. If people in Calgary, Toronto and Montreal can still ride in -40°C weather, surely we here in Vancouver, where subzero temperatures are rare, can still ride our upright and vintage bikes well into January.

It’s as simple as that. Every spring we witness a surge of new cyclists trying out the commute to work, school and everywhere in between. If the fall BTWW’s numbers are proof of anything, it’s that it doesn’t matter the time of year when it comes to discovering the joy on two wheels. In our opinion, a crisp fall ride is often one of the most enjoyable ways to spend time outdoors in Vancouver.

We’re not alone in this idea that stylish fall cycling is easy. Earlier this week, we spent the morning documenting the many Vancouverites getting around by bicycle. Here are some pictures of people showing off people’s personal style on two wheels: 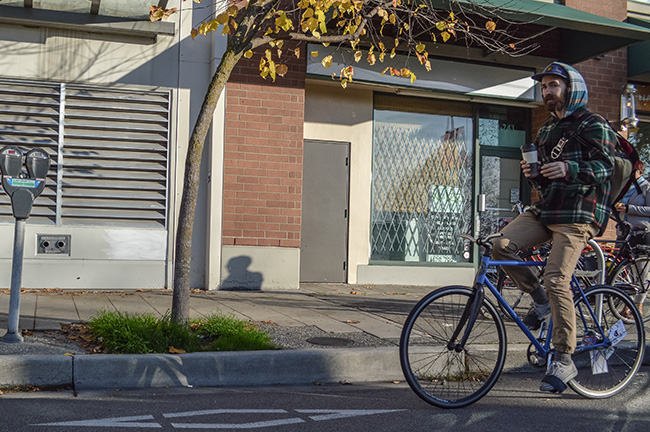 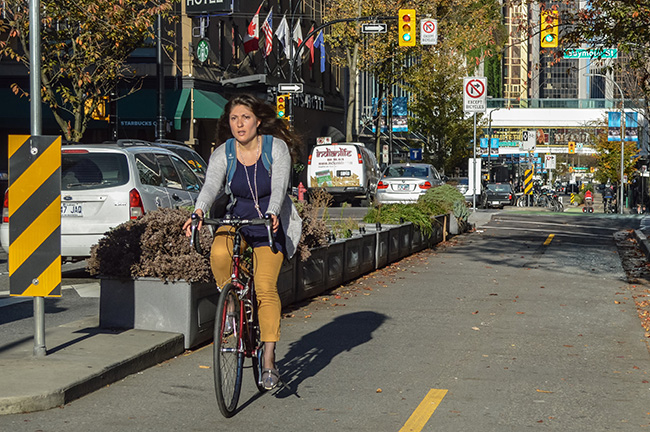 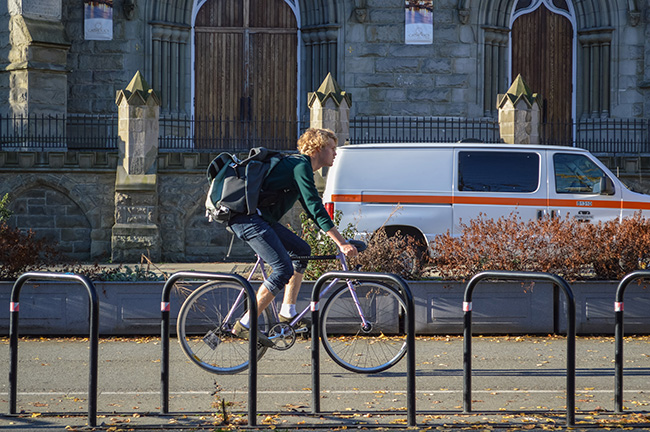 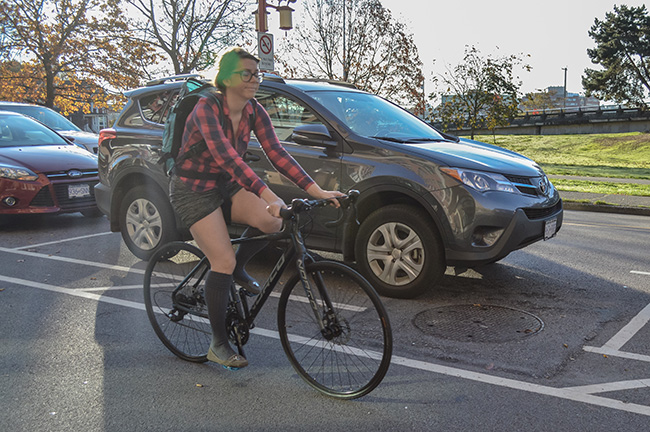 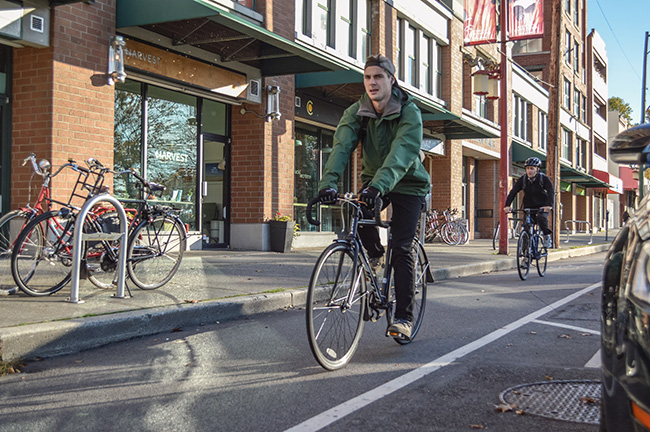 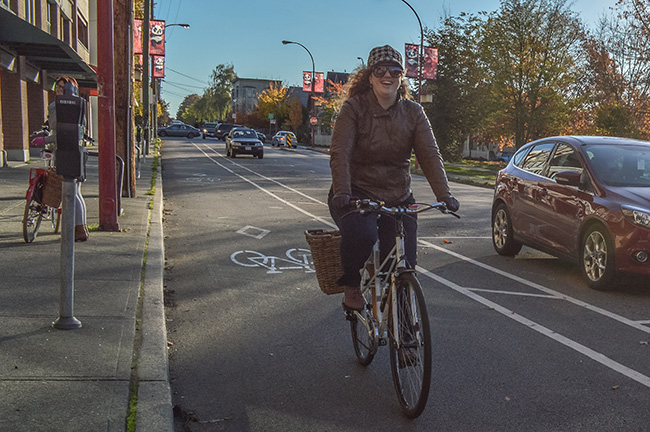 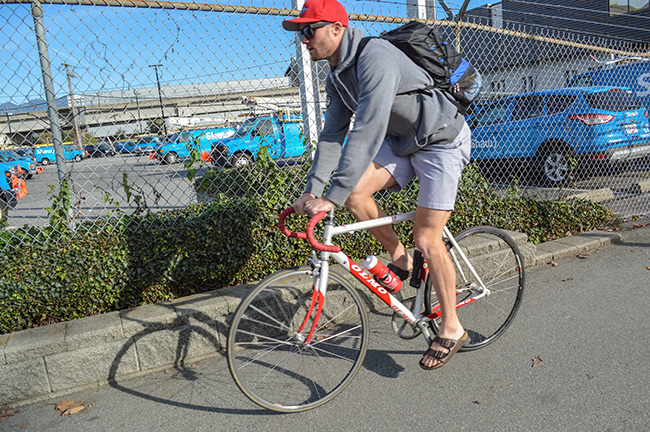 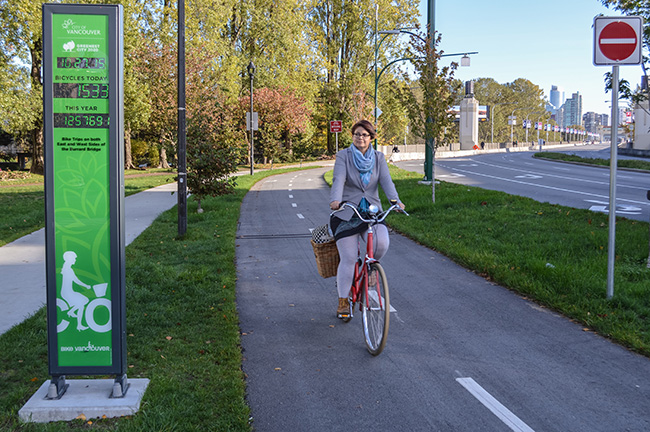 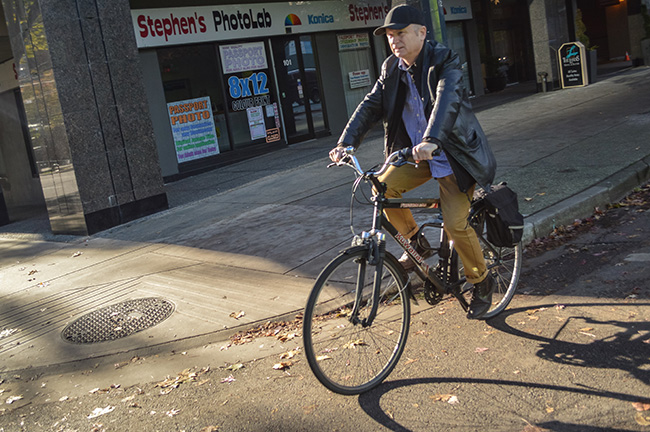 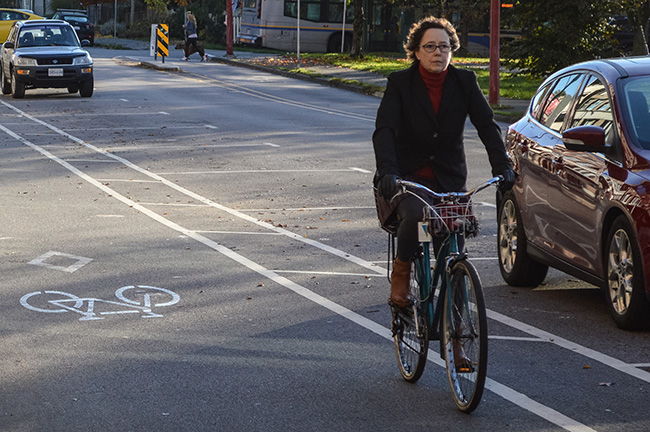 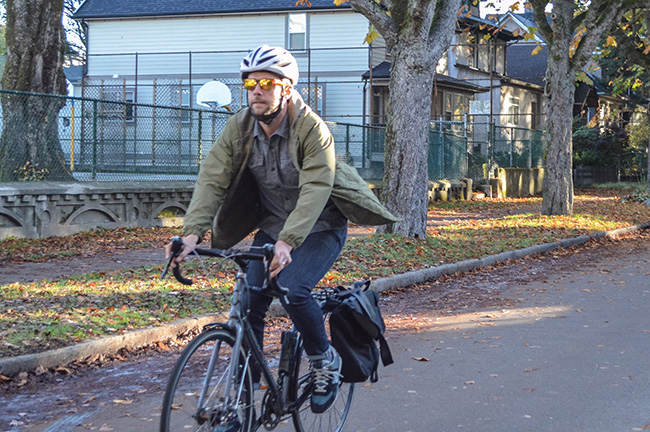 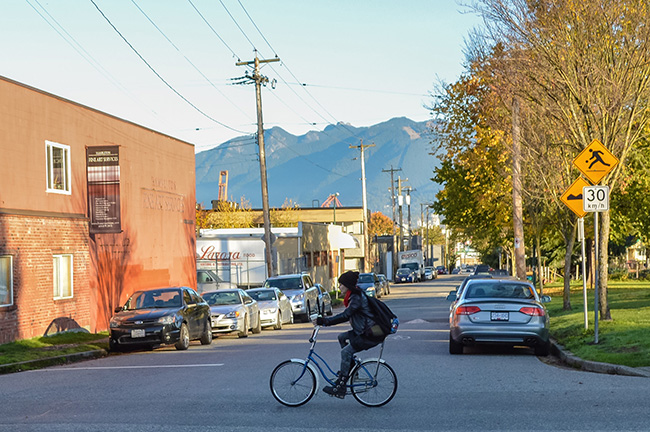 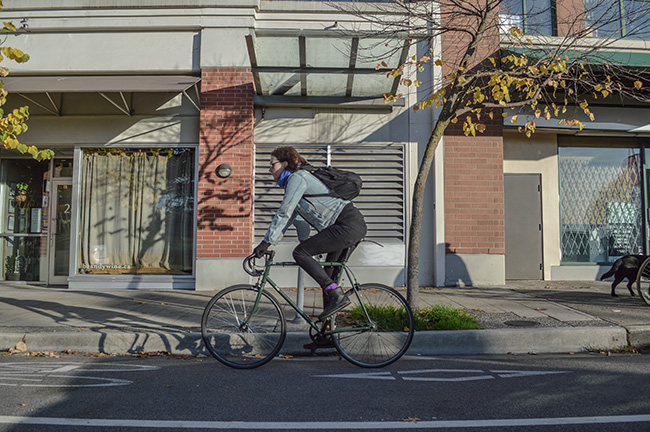 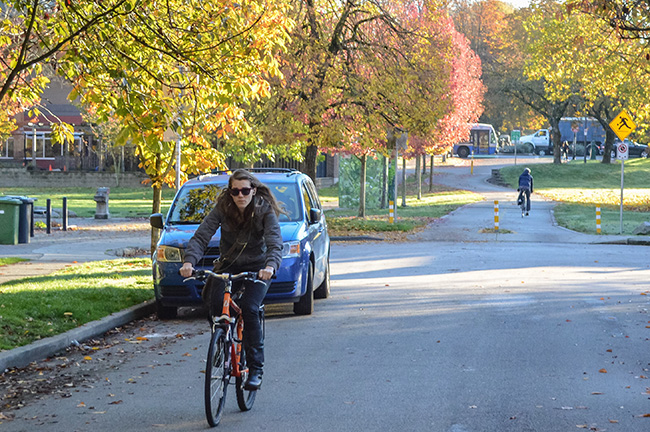 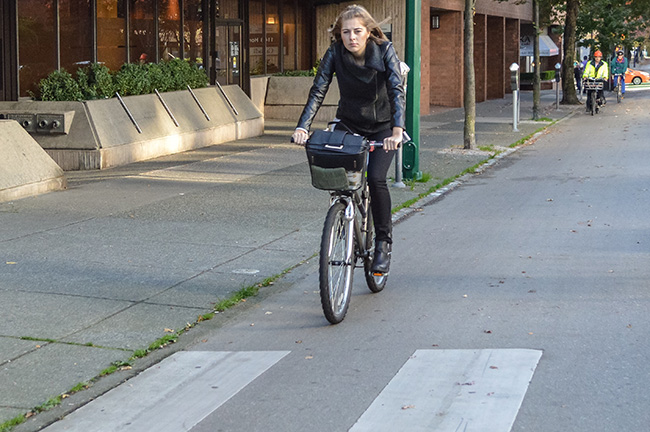 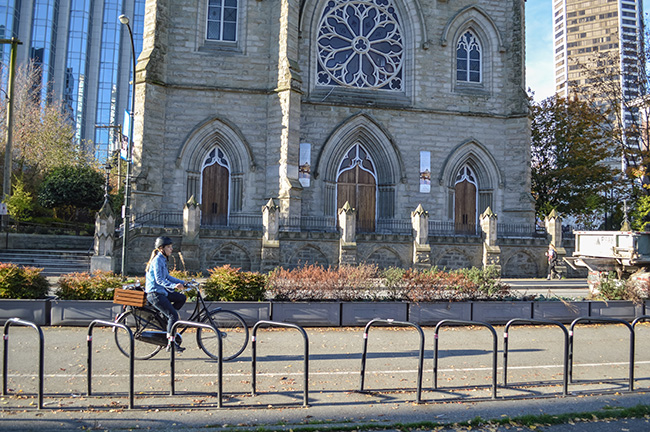 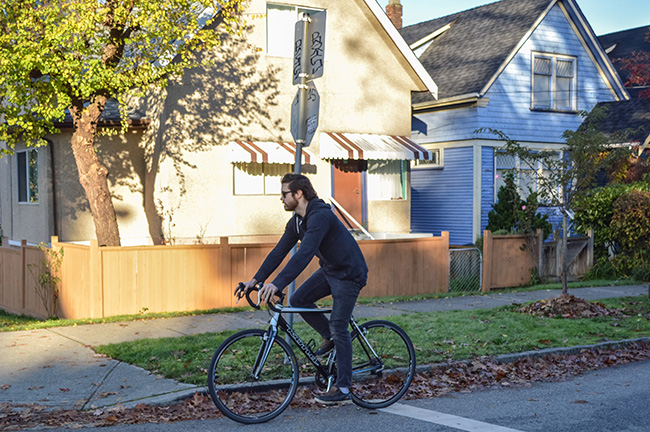 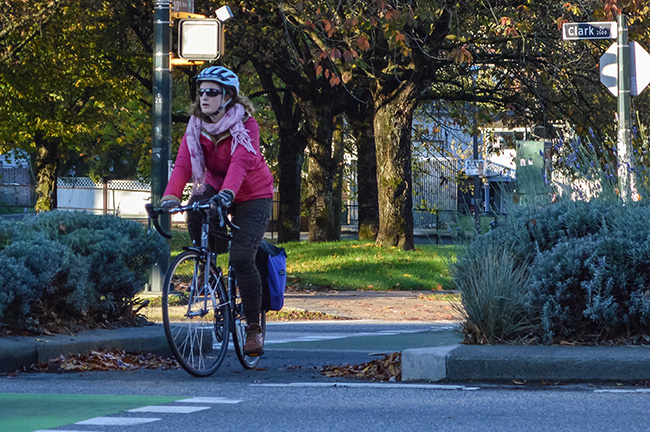 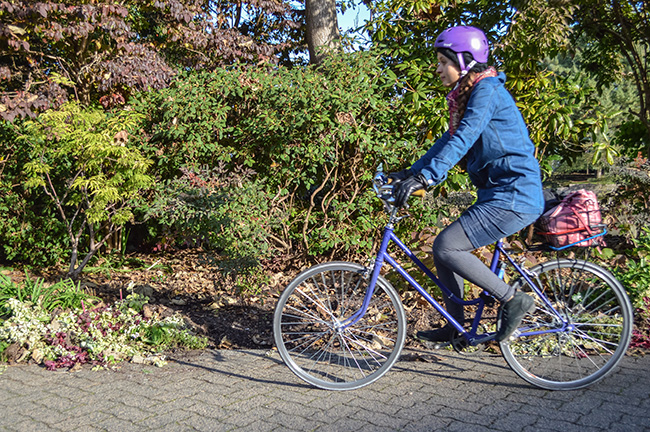 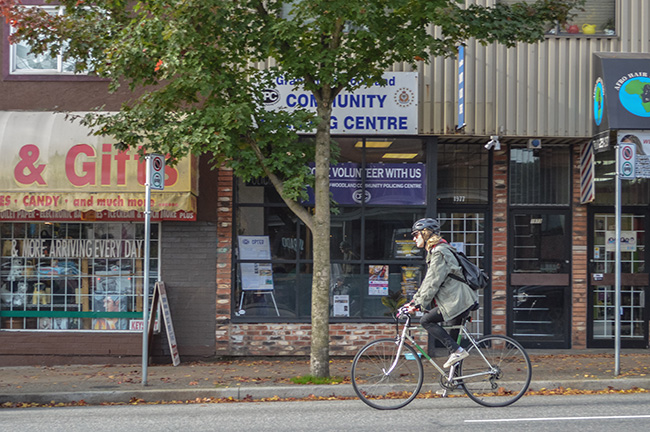