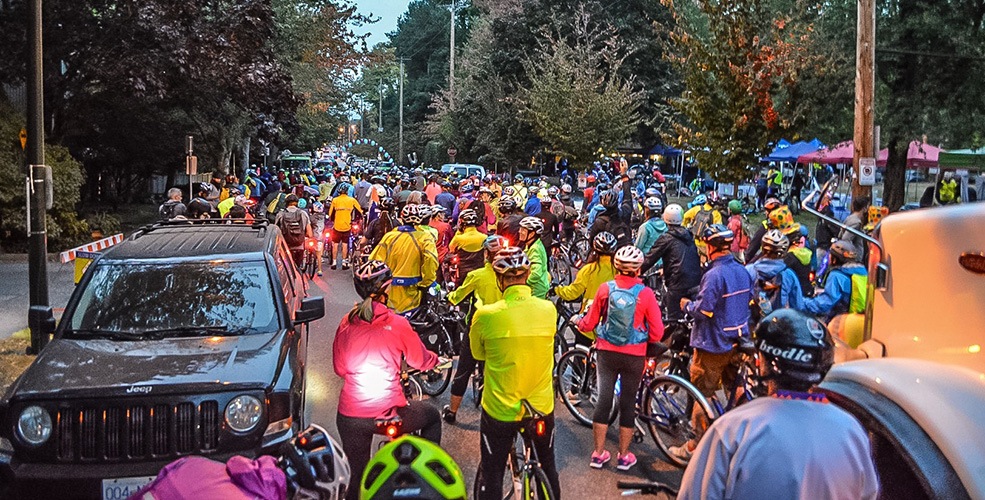 On Friday, September 16, HUB Cycling held the inaugural Bike The Night in Vancouver’s west side.

The event, inspired by other fun evening rides like Montreal’s Tour La Nuit, saw people young and old, with their bikes decorated in everything from glow sticks, LED lights mounted in wheel spokes, and even Christmas lights, ride along a set route among Kitsilano and Shaughnessy’s neighbourhood streets, including a newly paved stretch of the Arbutus Greenway. 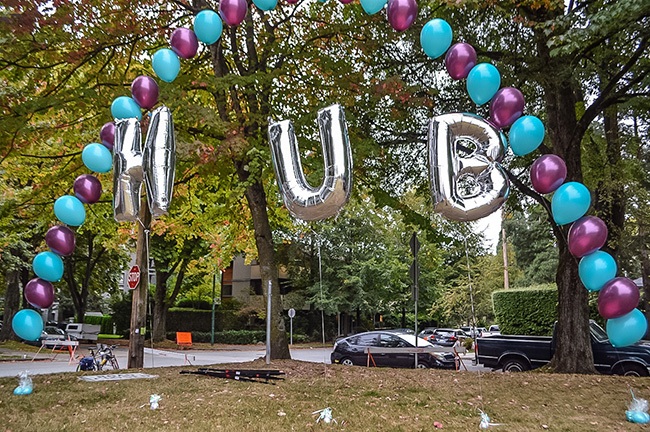 The opening ceremonies took place at Granville Park, where participants had a chance to grab some coffee or hot chocolate thanks to Ethical Bean, keeping them warm as some light showers threatened to dampen spirits. Children of all ages were also able to add a little more bling to their bike at the decoration station, with music playing to get everyone excited to start rolling.

As dusk hit, over 700 riders headed west along 14th Avenue, taking over the streets with a rolling light display for onlookers. Of the 10 km route, most were excited to ride along the recently paved Arbutus Greenway, some for the first time, before turning east again at 37th and heading to the finish line at Connaught Park. 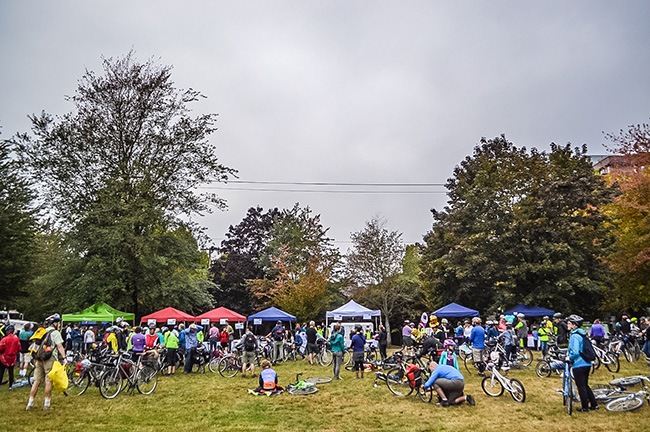 Laura Jane, HUB’s event organizer, explained why the route was so important: “Bike the Night was a great opportunity for people to visit the temporary Arbutus Greenway and see how wonderful riding on the paved section was. We look forward to seeing a Greenway that is safe and enjoyable for all users – people walking, people biking or rollerblading, people in wheelchairs or pushing strollers.” 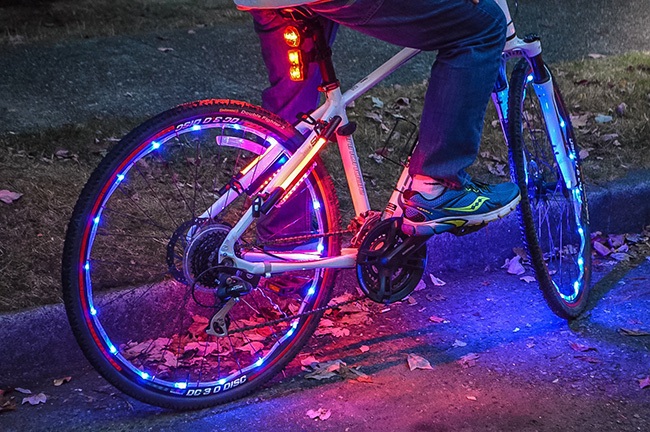 While attendance was not as large as previous unsanctioned night rides in Vancouver, for their first year, HUB is very happy with the initial response, and hopes to build on their success in the future.

“We were thrilled by our inaugural Bike the Night event in Vancouver. It was awesome to see 700 people of all ages cycling to music with so many colourful lights! Social bike events like this are a really great way to celebrate the amazing bike culture we have in Vancouver and encourage even more people to cycle more often,” Jane emphasized.

What sets Bike the Night apart from other spontaneous evening rides is that it is a family friendly event. All riders were welcome, not matter their age or ability, creating a fun and inclusive event, and allowing younger riders to take part in the excitement of riding at night, showing off their well-lit bikes, and feeling like a part of something special.

Perhaps part of the excitement included taking over streets they normally would never be able to ride on. According to one ten-year-old participant, getting to ride her bike along an empty 12th Avenue was “So amazing!” 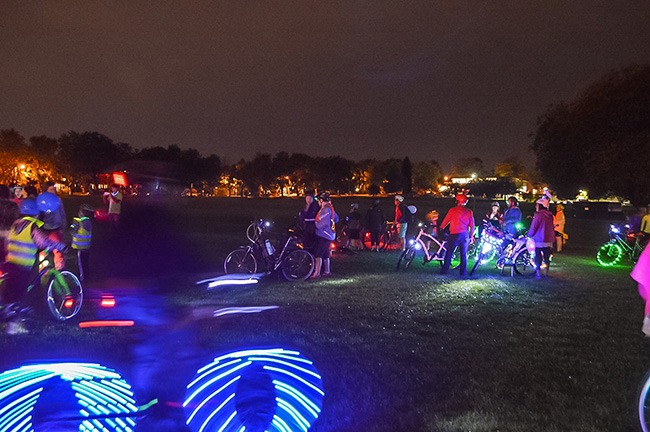 Thanks to the patience and hard work of numerous HUB volunteers, Valley Traffic Systems, and the Vancouver Police Department, the rolling street closures meant very little disruption to traffic flow, and a smooth and continuous ride for participants. Not too mention the added encouragement with horns, whistles, and other noisemakers, congratulating riders for their effort. 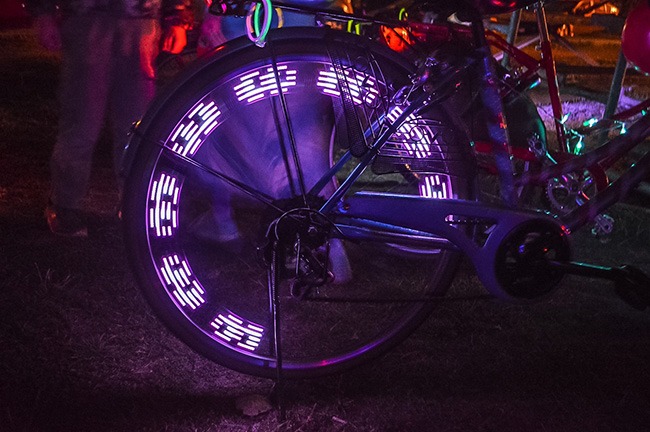 To date, open streets bike events are scarce in Vancouver, with just the Gastown Grand Prix and Whistler GranFondo occurring on an annual basis. However neither event is family friendly, and geared towards a sport-driven audience.

Jane is excited for the future of Bike the Night. “We hope this event will help encourage more open streets bike events to take place in Metro Vancouver.”