The other day I was cycling in Strathcona when I stumbled across a bike pump. After doing a little investigation I found out that the City of Vancouver spent $6,000 on two European bicycle pumps.

Two air pumps were recently installed. One in front of a busy bicycling route near Science World and  another along a bike route in Strathcona. 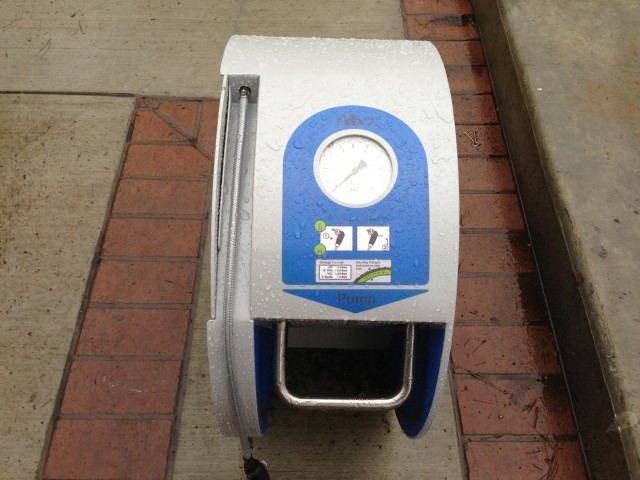 $6,000 in the grand scheme of things is not a lot of money, especially when you consider the millions spent annually on roads. However, are these pumps necessary? If you’re a serious cyclist you’ll most likely have your own pump.

Like it or not, as long as Vision Vancouver is in power, cycling will be a priority and it should be. It’s a mode of transportation that is becoming more popular as gas prices and transit fares continue to rise.