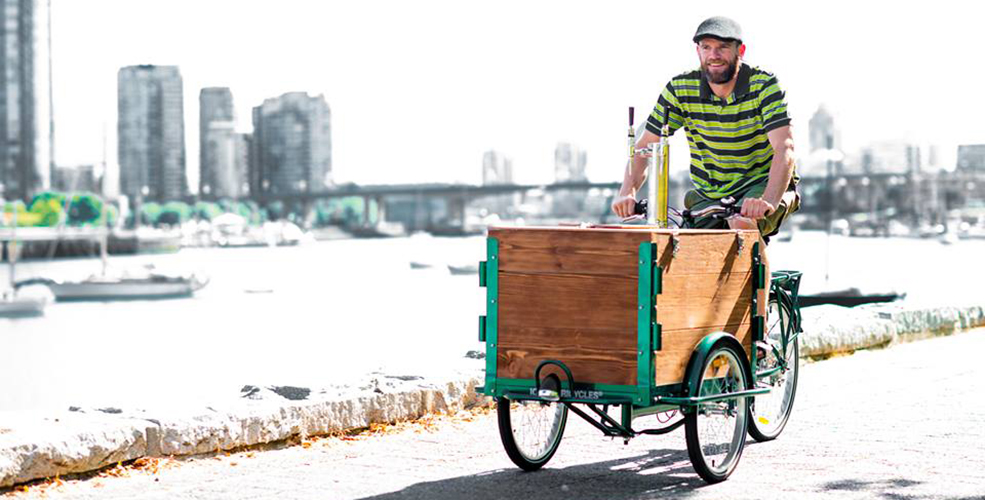 Here in Vancouver, food bikes are slowly but surely taking their place alongside our much loved food trucks.

In the last few years a number of food-focused pedal-powered vehicles have hit the pavement, literally peddling their wares, such as cold brew coffee, popsicles, cream puffs, and pastries.

Generally roaming the streets when the sun is shining bright, here are five bike-based food services to track down in Vancouver.

Often found rolling along the seawall, Cold Brew bike pours ready-to-drink nitro-tapped cold brew coffee by Green Coast Craft Coffee. Brought to life by Kelly McKenzie, Cold Brew Bike is the first coffee cart locomotive of its kind to hit the streets of Vancouver. The best way to find the Cold Brew Bike is via Twitter or the Street Food App. 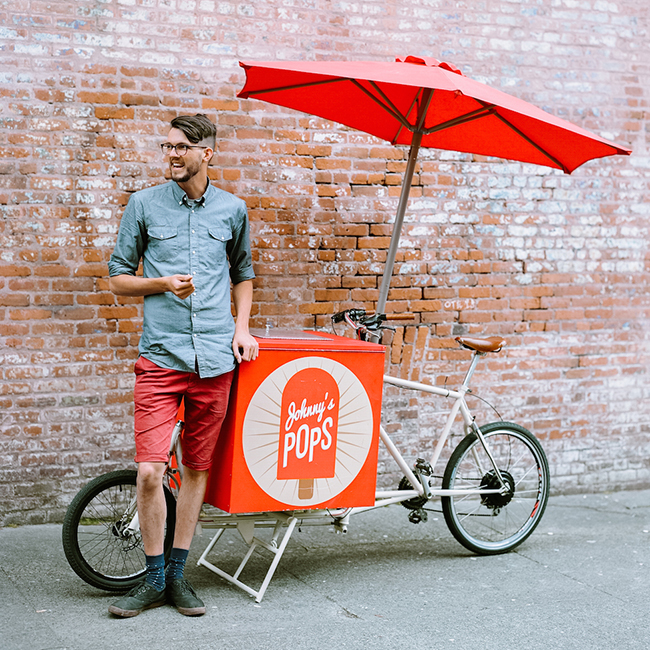 Launching back in May 2013, the Johnny’s Pops food cart continues to cool off the people of Vancouver with delectable artisan popsicles. Most of the fruit and ingredients used in Johnny’s Pops’ frozen treats are sourced locally and handcrafted right here in Vancouver. The easiest way to find Johnny’s Pops is via the Street Food App, the two-wheeled popsicle purveyor’s website, or Instagram.

With a mission to deliver joy and nutrition, Tubify crafts small batch freezies. Perfectly packed for people on the go, Tubify’s products are fun, organic, vegan, and ethically sourced, and are available from the peddling Tubify Freezies Tricycle. Currently doing the summer market rounds, find Tubify on the Street Food App. 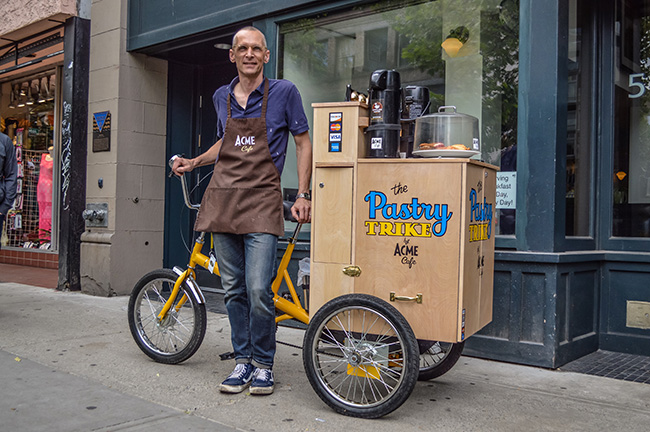 Operated by Acme Cafe, The Pastry Trike is a roaming vending trike serving hot coffee, cold drinks, house-baked pastries, and dog treats, which are all made in-house at Acme Cafe’s brick and mortar outpost in Gastown. Keep an eye out for the trike on sunny days along the Olympic Village seawall, from Science World to Charleson Park. The best way to track down The Pastry Trike, which accepts cash and credit cards, is via the Street Food App. 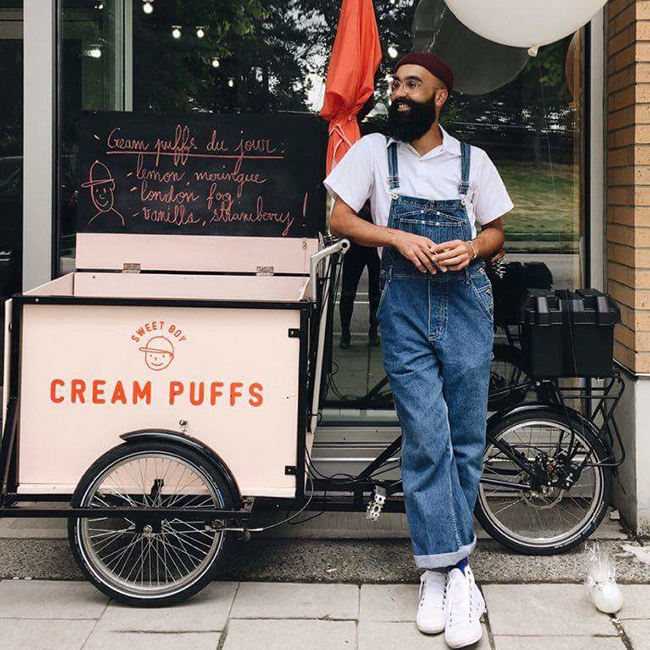 The newest kid on the block, or rather on three wheels, Sweet Boy Cream Puffs is making quite a name for itself by selling delicious cream puffs. Chams Sbouaï operates the food vending cargo bike and produces these delicious round morsels (which come in flavours like chocolate custard, salted butter caramel, and vanilla bean Chantilly) in a commissary kitchen in the Downtown Eastside. Currently, Instagram is the best way to receive updates on where Sweet Boy Cream Puffs will be, while the Cream Puff Hotline (phone number available on Instagram) is the best way to find out Sbouaï’s exact location and available stock.