It’s no secret that bicycle tourism is a fast growing industry. As we wrote in depth last month, many Vancouver businesses are recognizing the value of catering to tourists wanting to discover the city on two wheels.

Guided cycle tours play a huge part in that, giving the opportunity for fellow travellers to join a small group of riders, while locals escort them to many of Vancouver’s famous landmarks. It’s a stress-free way to see the city under the guidance of local “experts”, saving the time and guesswork of researching routes themselves. 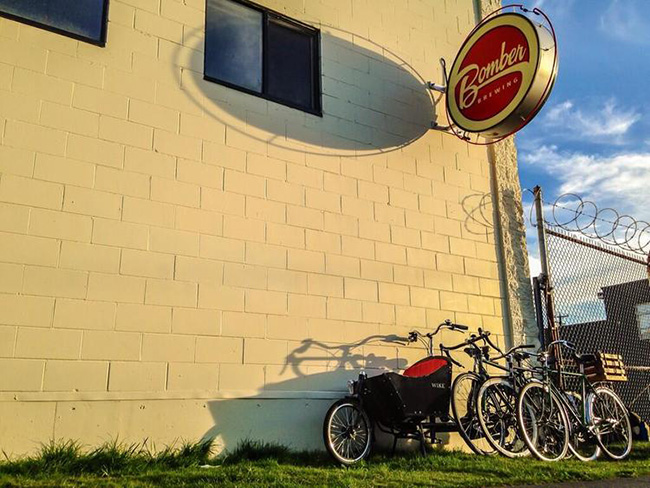 For many tourists, this is the ideal way to see a city.

But what about those travellers who, like our family, prefer the spontaneity and planning that goes into discovering a city on your own terms?

Whenever we visit a new city, there is no greater pleasure than researching local hotspots and finding hidden gems. This wanderlust has led us to many exciting adventures, including getting a little lost, only to discover a delightful café or restaurant we would have never otherwise found. 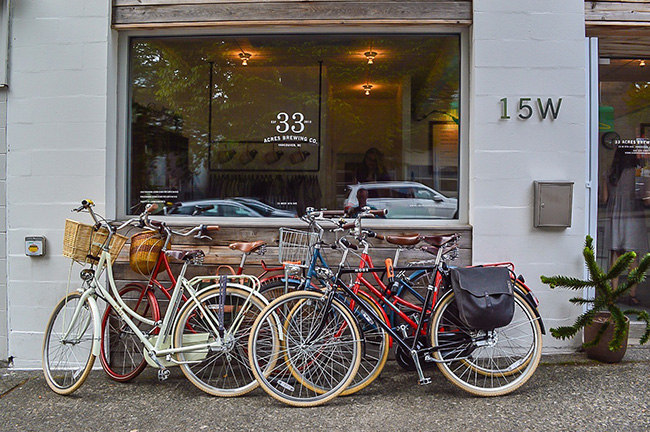 Admittedly, though, sometimes that initial search can feel overwhelming. Thankfully, Bikabout, an online resource for curated bike tours, accommodations, rental shops and bike friendly businesses, is taking out some of that uncertainty.

“I fell in love with cities and their history, art, local business scene and people who contribute to the culture,” says Bikabout founder Megan Ramey. “Because we biked for daily travel at home, it made sense that biking in new cities was the most enjoyable and convenient way to sightsee. I wanted to create an online guidebook that would entice people to sightsee by bike and ultimately reward the cities that were bike friendly.” 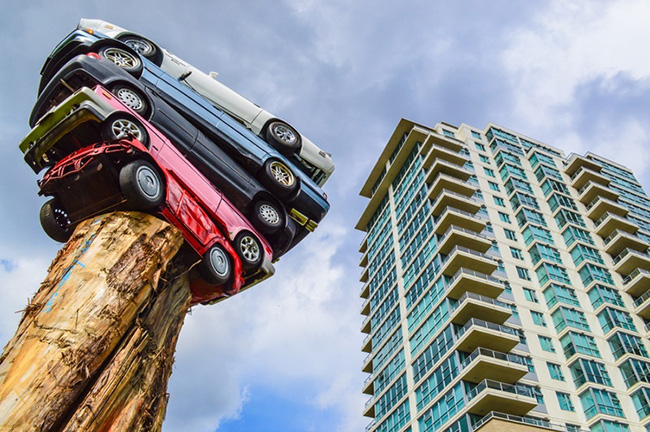 With the help of locals, Bikabout is a centralized source for dozens of self-guided tours in cities across North America. Each ride is a detailed list of key attractions as chosen by local “Bike Ambassadors” in each city.

What sets these tours apart? According to Ramey, “Bikabout internally calls the rides ‘mixtapes for biking’. We work with locals that choose their favorite places and when the places are knit together into a route, it will take somebody on the best bike ride in a theme near and dear to the curator.” 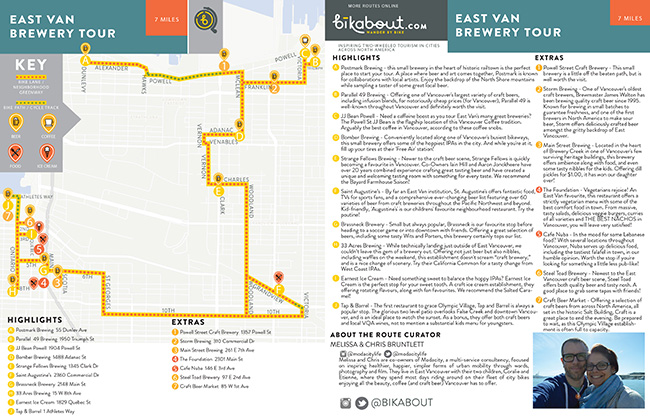 We – and several others – have had the pleasure of curating rides for Bikabout, and make a point of choosing destinations that take people out of the tourist areas and to many of what we consider some of Vancouver’s best places to eat, drink and play: 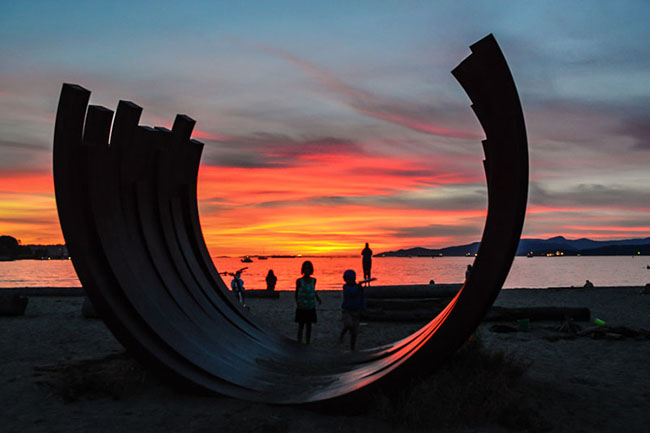 We also try to keep them family friendly, limiting the number of steeper climbs and on-street riding, because we know what it’s like to tour a city by bike and be thrown into unsafe traffic conditions simply because we didn’t know what to expect on our route.

Even though the routes and information provided are geared towards tourists, Bikabout rides are also great for locals. No matter how well you know your city, experiencing it through someone else’s eyes, while still being on your own schedule, could lead to some pretty great local adventures.

“I want people to feel special, like they experienced something that normally doesn’t happen unless you hop on a bike… and that is the gateway drug that will go onto inspire them to take other trips by bike.”

That’s the beauty of the service Bikabout it offering: The freedom to discover a city on your own terms, with a little bit of helpful advice from the people that know these places best. For the more adventurous tourist, it’s the perfect way to make each trip your very own “Choose your own adventure”!