Big Smoke Burger launched their first Western Canadian location with a memorable opening day draw: Free burgers. The Toronto-based chain, with locations in Ontario, the U.S., and the Middle East, certainly made an impression on the burger-hungry Vancouver market, netting a massive line stretching down the block–past another burger joint, even–outside their location on Broadway at Cambie.

It’s a fairly small restaurant, but the operation is mighty. The staff take about four hours each morning to prep for the day, including making all the special sauces by hand. Big Smoke prides itself on sourcing high-quality ingredients as locally as possible (the beef, however, is from neighbouring Alberta) for their signature burgers and sides. 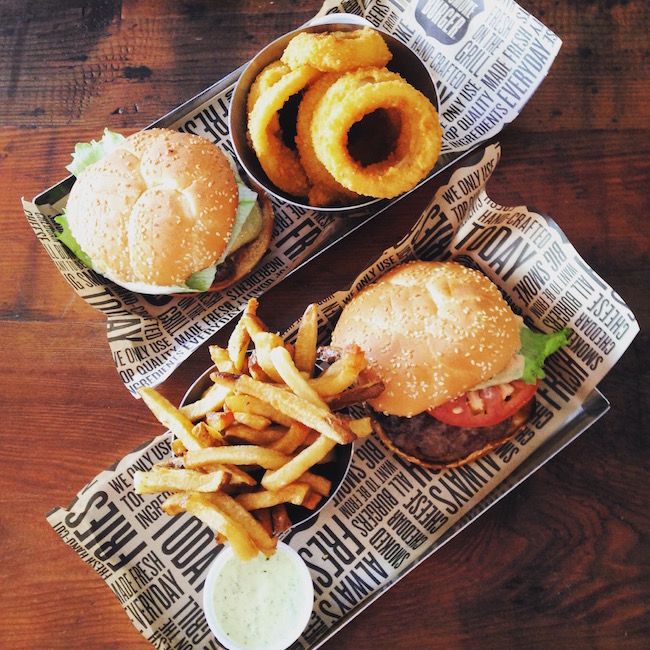 The menu is basic: Burgers come as straightforward as you’d like, or with custom toppings, or in popular topping combos. Sides include fries and enormous onion golden-fried onion rings, as well as an impressive-looking poutine that, particularly with the addition of bacon, makes a meal of its own. The food is cooked to order, so customers do have about a seven to 10 minute wait for their order to be called out. Seating is at a large communal table or on the perimeter of the room, with many diners opting to grab their burgers, fries, and drinks to go. 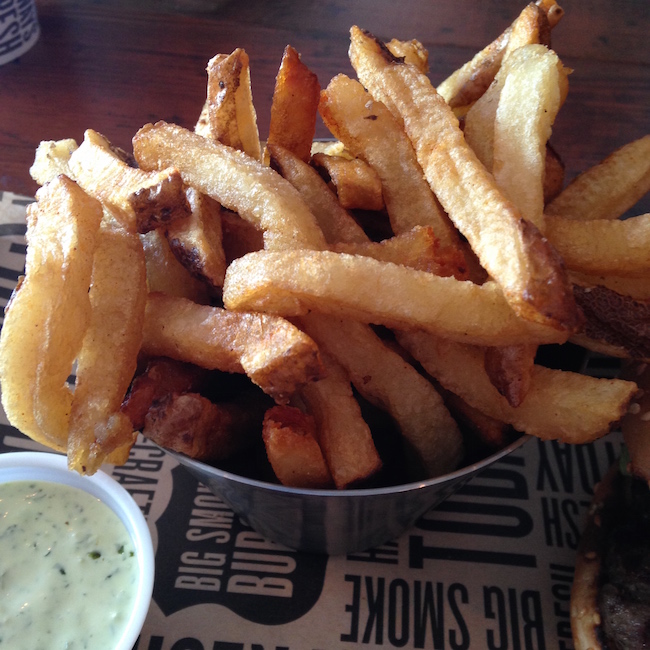 Big Smoke’s burgers are a great taste and value for the price point; it’s not fast food-style junk, but it’s good food served quickly, in a casual environment. Their burgers are six ounce patties, though they do have four ouncers available for kids. Alternatives to beef include lamb, chicken, or veggie burgers.

Their chipotle mayo backs a nice zing, while their rosemary garlic sauce is the ideal alternative for submerging your french fries. Shakes are handspun and devilishly creamy; if you’re eating a burger, fries or rings, and a shake, you’ll definitely be full, but not uncomfortable. 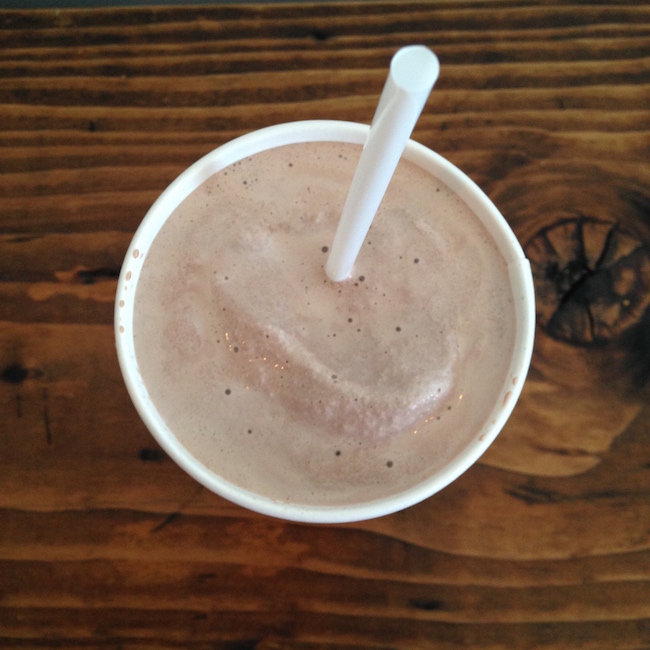 Since this is Big Smoke’s first foray into the Vancouver market, they’re perfecting the operation and also keeping an eye on expansion opportunities. Already on lock for an anticipated October or November debut is an even bigger Big Smoke at Simon Fraser University on Burnaby Mountain; expect to find far more square footage, a patio, and menu options exclusive to the location. The Big Smoke Vancouver team are also on the lookout for a comparable space to move into in the city’s downtown core.