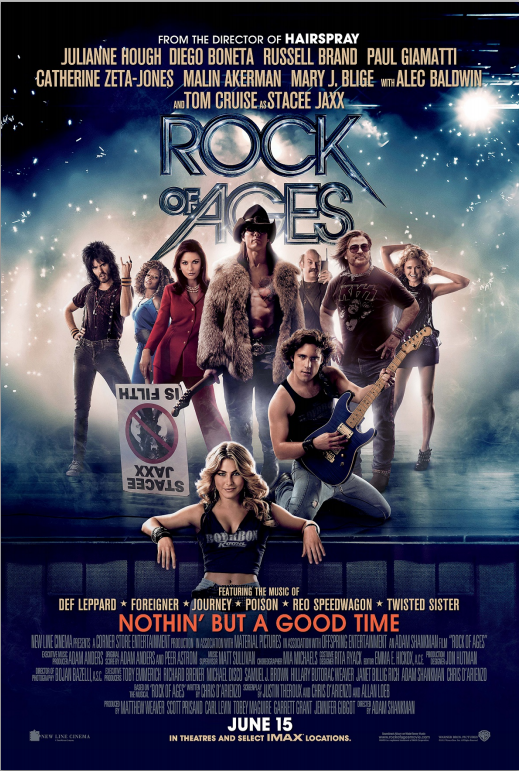 Under the direction of Adam Shankman (“Hairspray”), New Line Cinema’s feature film adaptation of the smash hit Broadway musical “Rock of Ages” comes to the big screen. Vancity Buzz has 10 double movie passes for the advanced screen on June 13, 2012 at Scotia Bank Theatre at 7pm.

We have 10 double passes to giveaway to the advance screening of ROCK OF AGES on June 13, 2012 at Scotia Bank Theatre at 7pm. Here’s how to enter:

2. Don’t have twitter and still want to enter. Just leave a comment by telling us your favourite rock song of all time.

Contest ends June 10 at noon. 10 winners will be drawn at random and your name will be forwarded to the WB rep and passes will be at the door.

ROCK OF AGES opens in theatres and IMAX on June 15th