Big Rock has been a Calgary-based craft brewing institution for 30 years, but as far as the Vancouver market is concerned, they’ve only been around for a little under a year. With all the stiff competition in Vancouver, Big Rock brought over one of their senior brewmasters, Jody Hammell, to tackle this unique market.

We had a few questions for Hammell about how he sees the Vancouver market and what he’s doing to make Big Rock stand out.

What got you into making beer in the first place?

Jody Hammell: I started working for Big Rock Brewery in Calgary back in about 1991 loading empty bottles onto the bottle line, then spent time working in kegging and eventually moved into the fermentation cellar. Before working for Big Rock I used to work for a bottle depot and once a week I would drive to the brewery to drop off their bottles that were returned to the depot. I was basically just a punk back then, but after I worked at Big Rock for a while I saw the commitment and passion in those guys and I was hooked…funny thing is, almost all of those guys are still at the brewery in Calgary today.

How would you say your brewing here in Vancouver differs from what’s happening in Calgary?

My last eight years working for Big Rock in Calgary were spent as the Brewing Manager, and even though I got to spend a fair amount of time on the 20 Hectoliter and 3 Hectoliter Pilot brewhouses, I didn’t get to work “on the floor,” so to speak every day. So it is nice to be back brewing and dragging hoses on a regular basis – it really is what I love to do.

The Vancouver brewhouse is designed to do things that the Calgary brewhouse wasn’t necessarily designed to do. We can experiment with beers in B.C. to test how they’d do in other regions across the country. Citradelic IPA is the first to come to fruition of that plan. It has been such a hit with our west coast drinkers, that it’s now won the right to debut across Canada. 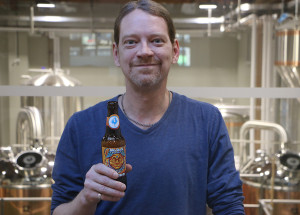 We’ve seen such an explosive market in B.C.–what do you think are some of the biggest challenges facing brewers these days?

Keeping costs under control. It makes “buying local” as well as economies of scale even more important.

Do you think Big Rock is perceived as “craft” or is there an uphill battle for public perception since it’s an operation coming out of Calgary and not necessarily a “ground-up” Vancouver operation?

First, let’s talk craft. “Craft” to me is more about what is in your heart and head. It’s a passion, it’s…why are you making this beer, why do I do what I do. It is not about how big you are or where you are from. If that was the case, then I guess you could say Stone, Deschutes, Sierra Nevada and New Belgium (just to name just a few) are not craft. They eclipse all breweries in this neighborhood for size, including Big Rock, but I think they all make craft beer.

When Big Rock started in Calgary in the mid-eighties we had a 50 Hectoliter brewhouse, not much different than most other craft brewers, and we opened with Traditional Ale, a Porter and a Bitter – try selling that on the Prairies in 1985. That’s passion! That’s craft!

Now 30 Years later in Calgary we have a 3 HL, a 20HL and a 200HL brewhouse and about 120 employees. That brewery was built from the “ground up.” It’s just had a 30 year head start. Even the breweries we are currently building in Etobicoke [Ontario] and downtown Toronto will be staffed with people that live in those communities. I may be a “transplant” from Calgary but I did spend close to 10 years living in and working for B.C. breweries. Even my brewhouse staff here in Vancouver are both from [Vancouver] Island.

As long as we believe in what we do, and we keep putting our passion into what we brew, I know we’ll be just fine.

What is your favourite style of beer?

I personally don’t have any one favourite. I like IPAs, English Browns, Pilsners and Hefeweizens. For me it’s more of a seasonality thing. 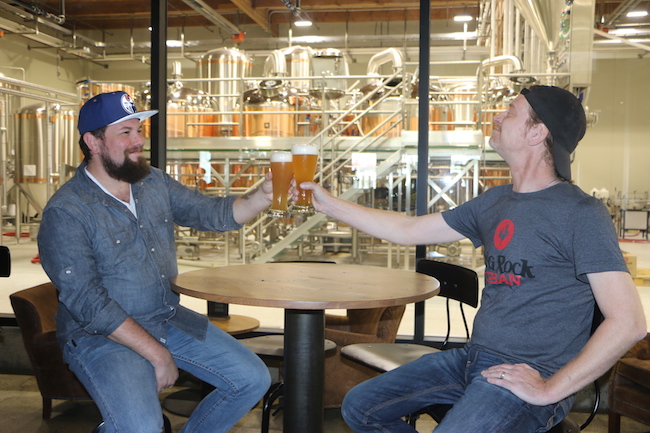 Fresh Squeezed by Deschutes, Four Winds Pale Ale and Steel & Oak’s Red Pilsner are all on my “go to” list.

Is there anything coming out of Big Rock that you are excited to debut?

So many… This year I am really going to focus on a lot of unique small batch and experimental brews that you can only get on-site in the restaurant and at the growler bar here at Big Rock Urban. One that I’m most excited for is our Mosaic Lager coming out this spring. It’s a delightfully hoppy, yet crisp and refreshing, lager.

Anything else you think our readers should know?

If you have not been down to the brewery for a tour or to the restaurant yet, please do. We have live music several nights a week, a growler bar, and a full menu of food and beers. We also have a rotating draft line featuring other B.C. breweries and cask nights every Monday night.