In the street food business, the way to expand your square footage is to get a bigger vehicle. For Vancouver vendor veterans Sean Skaalrud and Melissa Morin of Big Dogs, that mean starting small with a hot dog cart, shifting to a Burger Bus, and now launching their 1950s-inspired mobile diner in a custom-renovated 1962 Airstream trailer.

Parked at the foot of Davie Street in Yaletown where the marina meets the seawall, the Big Dogs Diner beckons, even on a gray-ish Vancouver day, with glinting silver, short order shouts, and the wafting aroma of food on the grill. 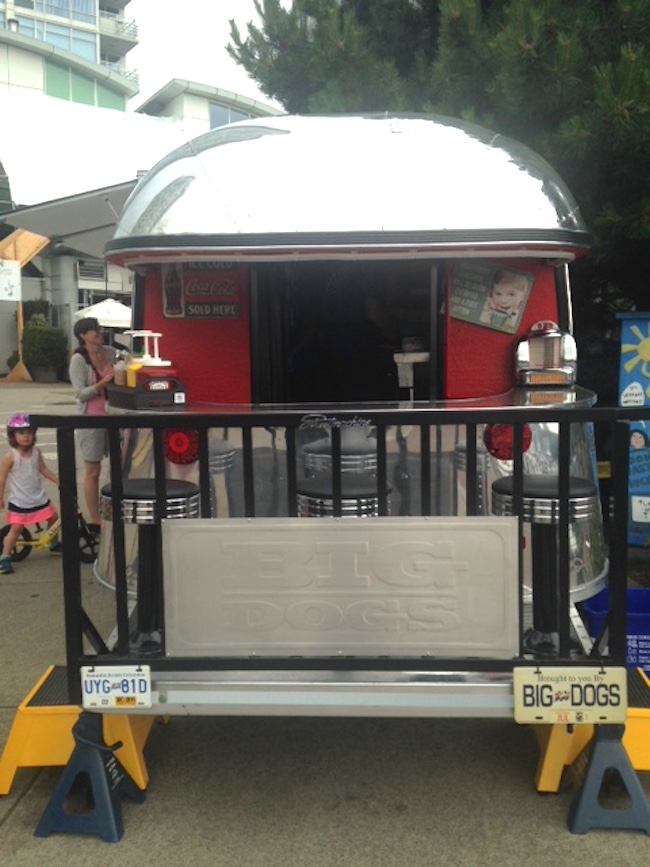 Focusing on high-quality ingredients and a playful street food-forward menu of hand-held eats, the Diner currently boasts the carryover menu from their prior restaurant-on-wheels, the 1972 VW Burger Bus, along with some fun new dishes.

Big Dogs started up eight years ago, and has built a loyal clientele for their fresh, local spin on street food eats, including organic and gluten-free fare.

Getting the Airstream ready to fit a kitchen for five staffers to keep things sizzling was a couple of years of hard work, attests Skaalrud. “It was a complete frame-off restoration,” he explains. It took 300 hours alone to polish the Airstream.

The trailer, a “shorty” model that best suited the Big Dogs design vision, was found in a “busted down” state, then custom fit with the ordering window, kitchen, and a charming three-person diner counter seating area on one side. 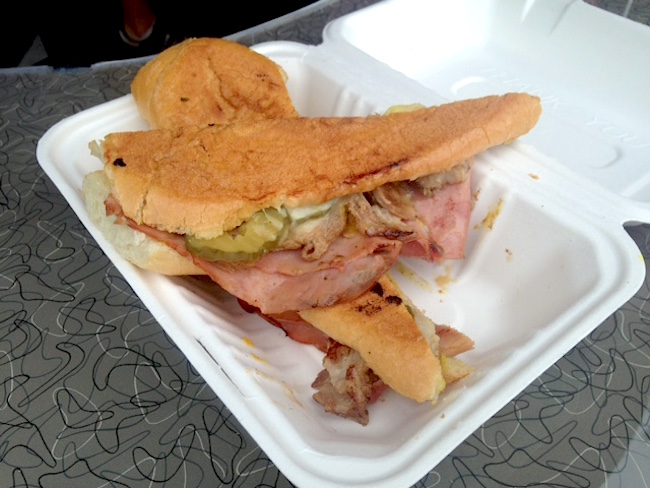 The diner stools afford customers the opportunity to relax and enjoy their burgers, hot dogs, and other fun creations, like their new Cubano (a roasted pork, ham, Swiss cheese, pickles, and mustard pressed sandwich), or their East Van Philly, a meaty sandwich named in honour of their warehouse’s eastside location.

Look for fun retro touches like the black-and-white tiled floor, the old fashioned menu board, and a tabletop jukebox perched on the patterned formica counter.

For now, Skaalrud says they’re starting the Diner with “baby steps,” before expanding hours and menu offerings. For now they’re easing into this new iteration with a general schedule of 11 a.m. to 5 p.m. Tuesday through Sunday, though they do post changes and additions to their Facebook and Twitter pages.

Ultimately Big Dogs will be slinging grub to 7 p.m., and early risers will want to check out their breakfast, which they’re hoping to get cooking starting at 7 a.m. this fall.