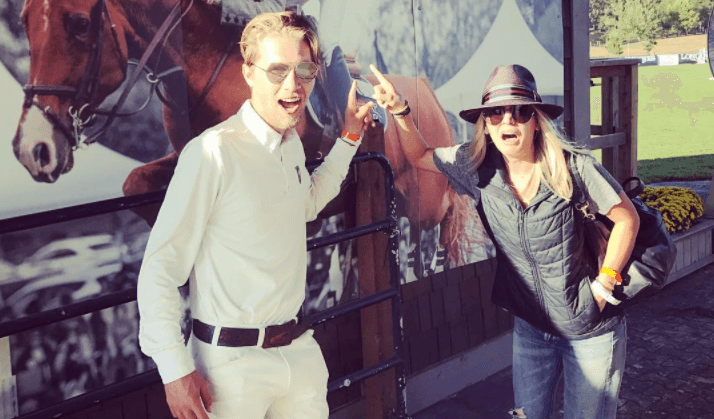 No, the 31-year-old wasn’t joining the ever-growing list of A-listers currently shooting in Hollywood North. Instead she was in town to lend her support to boyfriend Karl Cook, an American show jumper who was competing at an equestrian event over the weekend.

Cuoco even took to Instagram to post a picture of herself and her partner at Thunderbird Show Park as she attended the 2017 Longines FEI World Cup.

Wow. @mrtankcook riding another woman right under my nose. He’s not even trying to hide it. It’s like he wants me to find out 😂 🦄 (can’t wait to see this duo compete in Sunday’s World Cup qualifier @thunderbirdshowpark ) #thunderbirdshowpark #longines #ridetoparis #feiworldcup ⚡️🌟