The Bif Naked Extravaganza is coming to the Rickshaw Theatre this Friday night and it’s your chance to see one of Canada’s rock treasures get back to her rock n’ roll ways in an intimate venue.

If there is anyone that you could sit back and eat coconut chips and veggies with, it’s Bif. When all you need is a healthy dose of good conversation, sit back and wind Vancouver’s Punk Queen up, because what you’ll get is nothing short of inspiring.

This wonderful woman is a Juno Award-winning, Indian-born, American-Canadian, multi-platinum record selling rock singer, writer, poet, motivational speaker, humanitarian and activist. You name it, she does it.

She has been through some traumatic experiences in her personal life. From battling cancer in 2009, to losing her guitar player and good friend JD Ekstrom in 2014, life hasn’t always been fair, but you’d never know that if you follow her on social media or hang out with her for a few minutes. Bif has found her center. 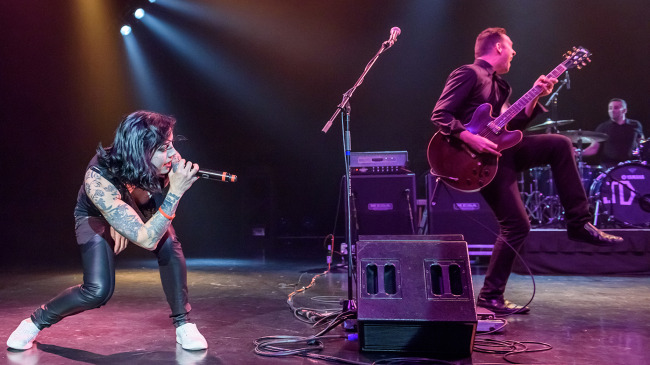 Bif Naked at the Hard Rock Casino in 2014. Photo courtesy of Daniel W. Young and VIESMag.com

Many remember listening to her hits on our CD Players in the late 90s and early 2000s. It was tough not to rock out to songs like Daddy’s Getting Married, Spaceman, and Moment of Weakness – just to name a few. But guess what? We all got older. Yikes! I had a chance to share a cup of coffee with Bif and the idea of getting older doesn’t concern her.

“I like being forty. I mean thirty was fun too but I feel like, for our generation, I think we just start hitting our stride at forty. I think we start to relax about a lot of things.”

At forty she still looks great in denim, decorated with metal band patches. No matter how much her music has changed over the years, Bif Naked can still crank things up to 11.

“For the last few years I have only done acoustic shows but at the Rickshaw it will be a full on rock show. I have to credit the Hard Rock Casino in Vancouver for booking me last year. They wanted the full Bif Naked experience. I was like, ‘aren’t I a heritage act at this point? You really want that show?’ and they were like ‘yeah.’ We had so much fun. It was a little hard because JD had just died and that was weird, it was very weird space to be in. We’ll see how this next one goes. Doing a full on rock show will be interesting.”

Over the last couple of years Bif has put out a couple of singles that were more pop ]-based than what many hardcore fans have come to know her for, but what she has done is shown her versatility with singles like The Only One and You’re So Cool. Sure they might not have been in your face, but for Bif, the inspiration all comes from where she is currently situated in life.

“Of course I fall in love with a guy so all the fucking shit I write is drippy, syrupy stuff. My manager pulls his hair out and goes ‘what the fuck is wrong with you? Go out there and get your heart broken or something!’ It’s true what I’m going through tends to reflect in my music. It’s from two different places. When I write pop songs it comes from a place where I’m in love. When we write rock n’ roll, it always comes from the hard shit.”

The Bif Naked that we have grown up loving will be on full display this Friday night and she is bringing the kick ass female rock circus with her. All the bands will be female-fronted local bands which include Cobra Ramone, The Living, and the Wett Stilettos. There will also be a burlesque performance by Ginger Avenue, and bellydancing from the talented Rahel. It’s a plethora of performances that should keep you entertained. 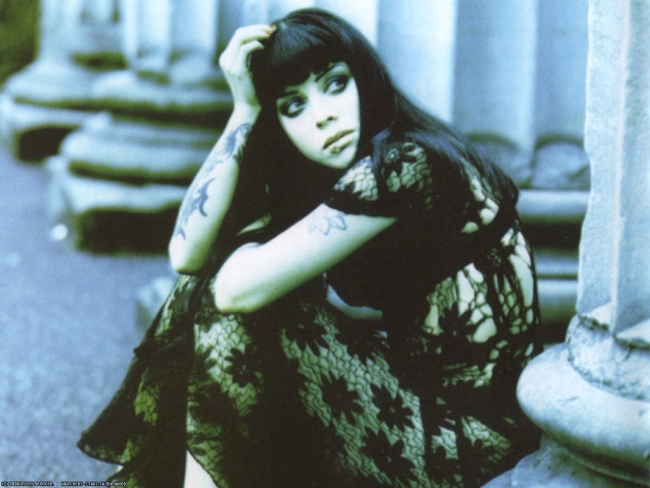 There is also a rumor that Bif will be singing with Cam Pipes of 3 Inches of Blood, something she is completely geeked out about. Expect surprises, and expect to see vintage Bif Naked.

“It’s the Rickshaw so it has to be loud. People should expect pandemonium…I think it’s going to be sooo good.”

Get your tickets while there are still some available. Go to the Rickshaw website for all the details. This Friday, May 29, go and support and rock out with this lovely human being who plans on kicking your ass again.