Canada may have just been named the country with the best reputation in the world, but how do our cities stack up for women?

The Canadian Centre for Policy Alternatives placed Victoria at the top spot to be a woman out of 25 of the country’s most populous cities, with Vancouver coming in at number seven. Kelowna took the 13th spot.

The study looked at how both men and women faired in economic security, leadership, health, personal security, and education within each city. The report focuses on the gaps between men and women more than their overall well-being.

Vancouver slid into the seventh spot for a number of reasons. The employment rate overall is below the national average, but the wage gap between men and women is on-par nationally, with 64% of men and 58% of women employed. 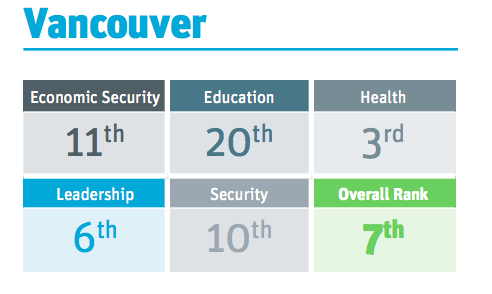 Women in Vancouver are more likely than their male counterparts to have completed high school or post-secondary education, with 27% of women in the city holding a university degree, compared to 26% of men.

As for health, Vancouverites have the best life expectancies in the country, with women having an average life expectancy of 86 years – the average for men is 81. Rates of screening for cervical cancer are above average nationally, with 72% of women reporting they have had a Pap smear in the last three years.

The ‘best’ city to be a woman in Canada

Victoria took the honour of being the best city in Canada to be a woman, ranking high in most of the categories, most notably where economic security and leadership were concerned. 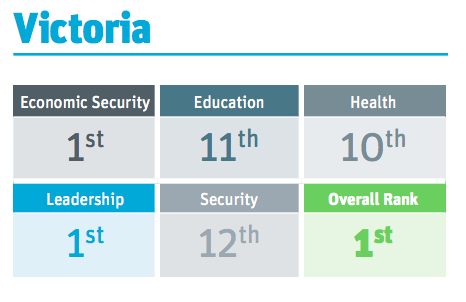 The gap in employment is the smallest among all of the cities on the list, but it is possibly due to a higher unemployment rate for men than the national average. Poverty rates are higher than average, but Victoria is one of the few cities where it is greater for men than for women.

Victoria is the only city in Canada that has more elected female officials than male. Women hold five out of nine seats on city council and women in adjacent municipalities hold 45% of elected positions.

Rates of sexual assault and domestic violence were close to the national average based on police reports.

The ‘worst’ city to be a woman in Canada

Kitchener-Cambridge-Waterloo ranks at the bottom of the list of 25 cities, performing poorly in education, security, and economic security for women. 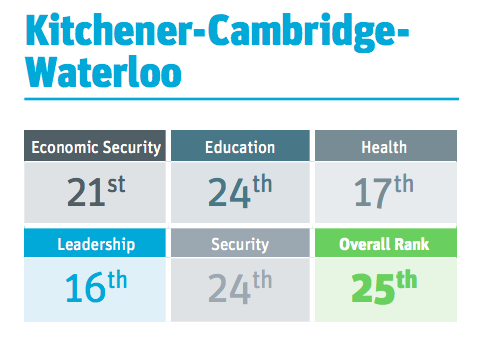 While the employment rate for both men and women is significantly higher in Kitchener-Cambridge-Waterloo than the national average, the disparity in employment between the genders is the highest. 72% of men work, compared to only 64% of women. The wage gap is on the higher side too, with women earning 66 cents for every dollar a man makes.

Women and men have almost the same averages of post-secondary completion, with a less than 1% difference.

Domestic and sexual violence reports are higher than average in the city, with 293 reported cases.

Here are all 25 of Canada’s most populous cities ranked in livability for women: