For most Vancouverites, going meatless is just for Mondays, but for many it’s a way of life. Take it to the next level, and for those who leave any and all animal products out of their diet, dining out can be a challenge. There are plenty of great options for vegan eats in Vancouver, and we’ve got our picks for the best of the all-vegan and vegan-friendly. 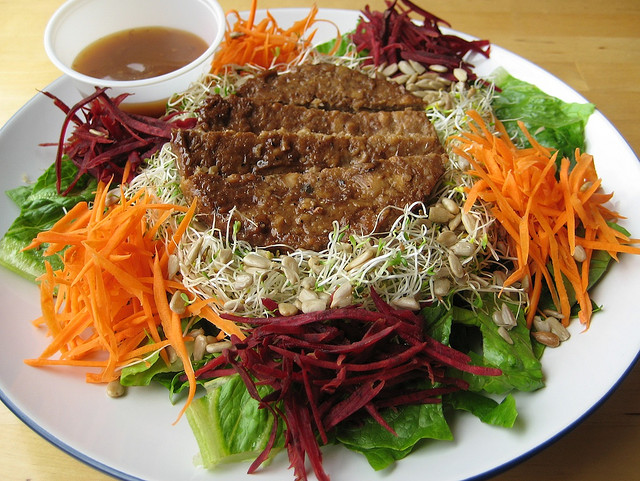 Simplicity is the name of the game at Dharma Kitchen, where what they call “the food of mindfulness” is on the menu. Dharma Kitchen is known for their tempeh, which is served in a variety of burgers, on rice bowls, and in salads, though you can swap it out for tofu, or order one of their tofu-centric dishes. 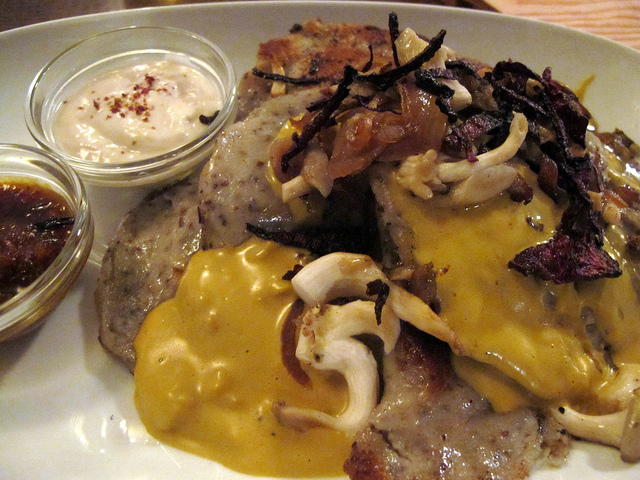 At Graze, while the focus is on all things local and sustainable, their plant-based menu is global in scope, from the antipasti plate that includes a selection of housemade cultured nut cheese, to crepes, perogies, ceviche, and paella. 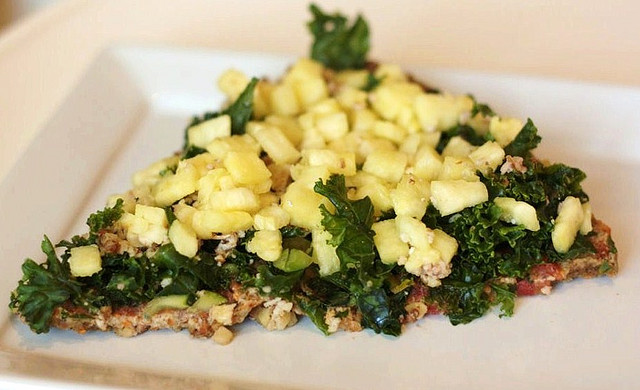 Perhaps the temple of creative, casual vegan fare in Vancouver, Gorilla Food is taking raw food to the next level with their extensive menu of salads, sandwiches, burgers, pizza, and sweets. Build your own mega-salad, or slurp down a smoothie, and discover the vast reaches of raw vegan cuisine the Gorilla Food folks are achieving.

UPDATE JANUARY 2015: Gorilla Foods announced on January 6, 2015 they have closed both their locations (Powell and Richards streets). 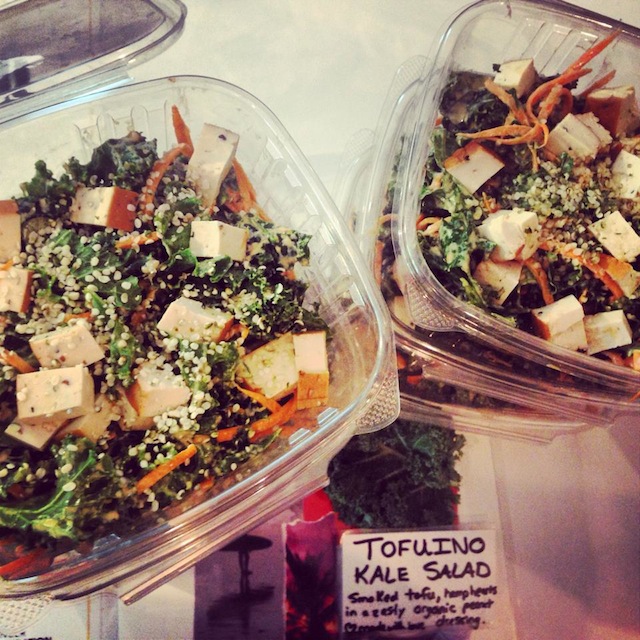 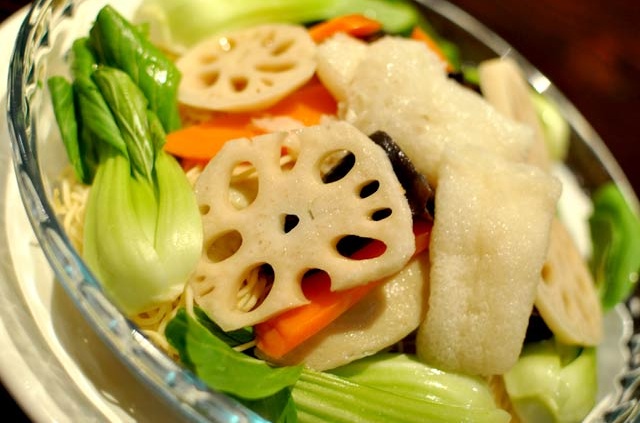 Panz Veggie’s homey, mellow atmosphere sets the mood for their savoury vegan Chinese food. Take advantage of their affordable lunch specials, as well as their set menus for groups of four, six, or eight to 10 diners. 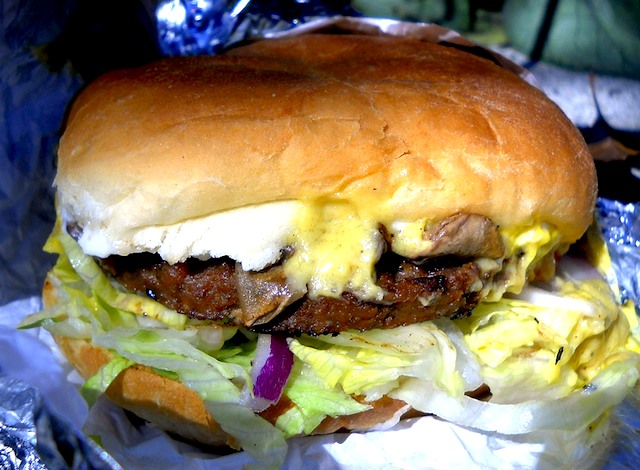 One of the city’s best vegan restaurants isn’t a restaurant at all–it’s the Loving Hut Express vegan food cart. This branch-on-wheels of the global Loving Hut chain is all about vegan burgers and sides that carnivores love. Try the Crispy Chick’n burger or the Bacon Cheezeburger, and don’t forget the yam fries and the onion rings. 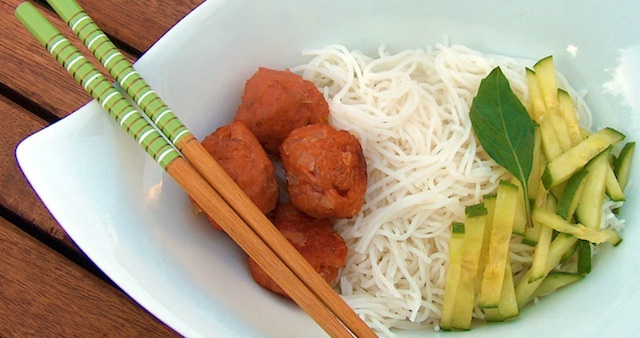 Vegans, you’ll find Paradise in a strip mall! Head to Burnaby to this hole in the wall for delicious vegan Vietnamese fare. Paradise’s calling card is their vegan pho, but be sure to save room for their fried banana dessert. 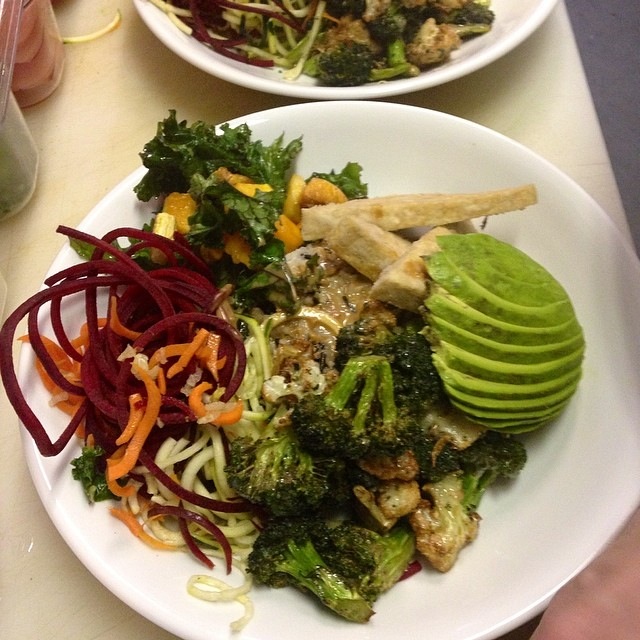 Heirloom Vegetarian has risen in the ranks as one of the city’s best-loved high end veggie restaurants. Vegans will find a number of menu items that fit the bill, like their Sasquatch Bowl (pictured). Brunch is definitely worth checking out. 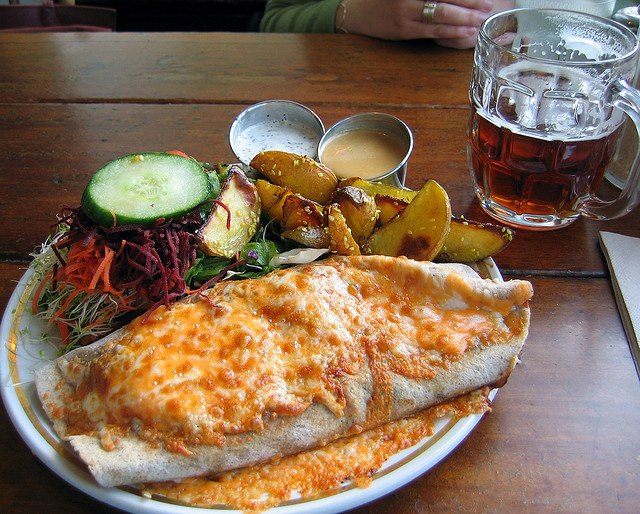 With over 30 years of serving up natural foods to Vancouverites in Kits, The Naam remains one of the city’s perennial favourites for veggie and vegan eats. One reason to love them, besides their signature Sesame Fries with miso gravy, is that they are open 24 hours a day every day of the year except Christmas Day. 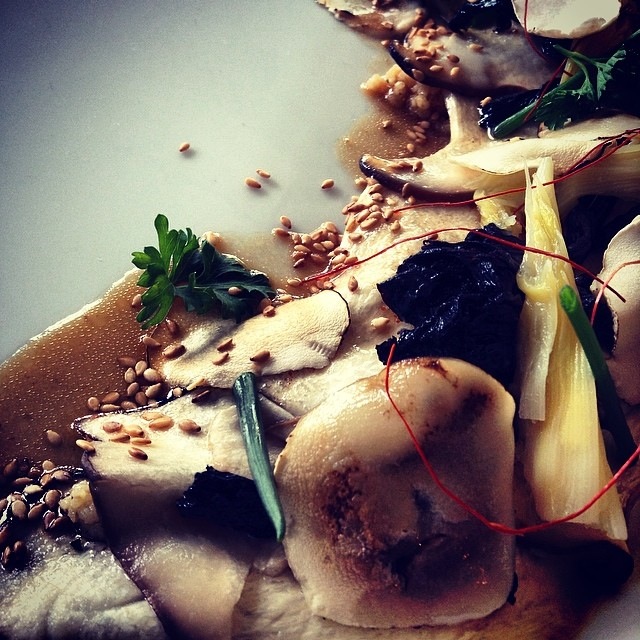 The award-winning Parker restaurant is making sustainability sexy here in Vancouver, and their menu, under the care of Top Chef Canada’s Curtis Luk, has several tantalizing vegan selections. Diners can also select a vegan option for their degustation, a chef’s choice five course shared menu.